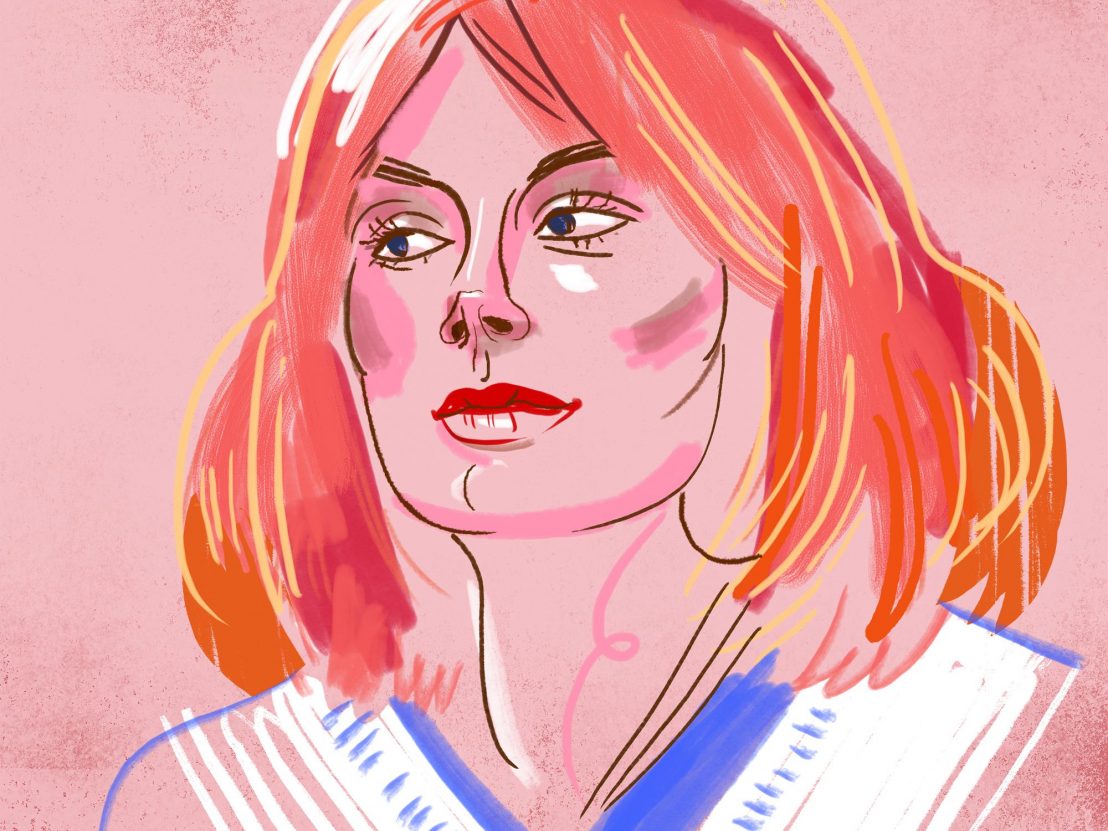 A star is born in Daphne, a delicate, London-set character study about a young woman who vents her depression in a number of bizarre ways. Emily Beecham delivers a thrilling turn in the tile role, capitalising on a career working in theatre, film and television – she is currently installed as fan favourite The Widow in Into the Badlands.

LWLies: Was there a moment in your life where you decided you wanted to be an actor?

Beecham: I think my mum took me to see theatre and, um, I saw ‘The Blue Room’ when I was 13 which was probably an inappropriate age to watch that.

Was that the Nicole Kidman one with lots of nudity?

Oh my god. I know… And you thought, ‘I wanna do that’? I just liked the, um… I watched Michael Winterbottom’s Wonderland on television when I was quite young as well, and I think they both had a big impact on me. With theatre, everything is exposed. It’s about telling the truth and being honest about relationships and character dynamics. I think growing up in quite a repressive town, I really responded to seeing that reflection of reality. And that’s what I love about film and theatre still: the way they expose truths and explore life.

What was your training?

I went to LAMDA which is a theatre training school and then went straight into film and television, so I had to unlearn all of that.

Are they entirely separate disciplines?

They’re very different. But then it’s very similar as well. It’s just a different system. With theatre you’re running the whole play and you can get lost in that, but when you’re doing film it’s so split up and to hit your mark is very technical. Film is smaller. When I first started out in film I was told to be smaller. I was too big.

As in too extrovert?

Yeah. In theatre, you have to be larger. And then you have to bring it down or its really unnatural. But yeah it’s different so now when I have a theatre audition I’m told to make it bigger, and that feels huge to me now.

Read our review of Daphne

No. I always wanted to do an independent film. It’s such a reflection of reality and it’s not shackled to commercial concerns. On an independent film you can make almost any choice you want. With more commercial shows, like Into the Badlands, they want something so specific. There’s no leniency in that, but with Daphne its completely the opposite and that’s what I’m drawn to – as a viewer and a participant.

Do you have to see yourself in a character for there to be a connection?

Maybe there just has to be an understanding. If you don’t get why your character is doing something you can’t make it work. This sense of understanding also makes it more enjoyable and fun. It allows you to be more creative.

How do you feel about the idea that Daphne is unlikable? Does that make the character harder to play?

I like her abrasiveness, but some of the press reactions had been a bit similar. I’m friends with Phoebe Waller-Bridge, who did Fleabag, and we’d both been making them at the same time. I think the characters have similar traits. With that, some people really connected to the character and really loved her, and there were others who were offended and asking why this character deserved to be on the screen. I don’t think characters have to be likeable. Everyone is good and bad.

Is Daphne a tomboy?

Yes, and that’s actually one of the things I loved about her. She is genderless in a way. I’m actually reading some more interesting scripts now since Badlands and Daphne, but yeah, you do read a lot of girlfriends and women who are, you know, supportive and lovely and vulnerable. They’re always the same traits, over and over. You feel pressured to be an attractive character. You tend to feel that what these people want – what producers want – is a cut-and-dried loveable character and nothing more. And it’s just not that interesting. And it’s certainly not very real. Daphne’s different. As is Fleabag.