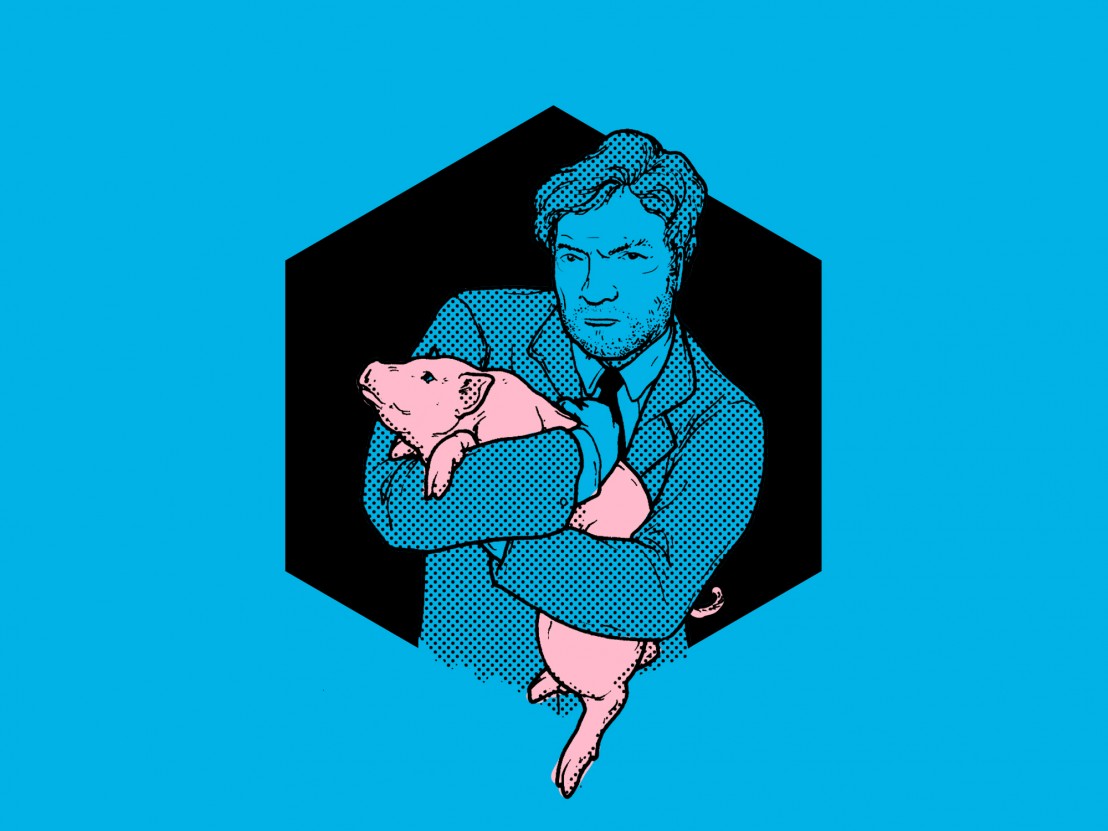 Crossing the Atlantic to interview British writer and broadcaster Charlie Brooker may seem a bit perverse, but it’s oddly fitting, mirroring the move of his genre-blending sci-fi series Black Mirror from Channel 4 to streaming behemoth Netflix. In Toronto to preview the new series – screening the episodes ‘San Junipero’ and ‘Nosedive’ – Brooker discusses the opportunities of working on Netflix’s international canvas, the benefits of writing standing up (and with a PlayStation in the house), and how he loves stories with horrible, bleak endings.

LWLies: Moving from broadcast television to Netflix opens Black Mirror up to 80 million international subscribers, over half of which are in the US. Has that new audience influenced your approach to this new season?

Brooker: It hasn’t. The first script I wrote for this season was ‘San Junipero’, and I was deliberately, slightly impishly thinking, because I’d read somewhere that somebody was worried that it would get all Americanised, I thought, ‘Right, fuck it, I’m going to set one in California – fuck you! – because I can!’ Really, most of our stories, with exception of ‘The National Anthem’, could have been set anywhere, and they were set nowhere. But other than that, the major differences are running time, because you can be flexible, so we’ve got a 90 minute one, and some are shorter, and it’s a slightly bigger canvas.

When you sat down to plan out these new episodes, what does that bigger canvas give you, creatively?

The main thing is, there’s a slight more variety of tone. So it’s not always a bleak-fest, because that would get very predictable. We’ve already done seven episodes with a really horrible ending. And we kind of approached it like we were doing different genre movies. So ‘San Junipero’ is like a coming of age drama, a romance, a John Hughes movie, and then you’ve got ‘Nosedive’, which is more of a social satire, and then you’ve got ‘Playtest’, which is like Evil Dead 2. It’s a really idiosyncratic and odd show, because they’re all so different from each other, but they’re all under the same banner. In our wanky way, we thought ‘It’s like we’re curating a film festival’.

For each episode, was the genre the starting point, or was it the technological idea you’re riffing on?

It’s weird, in that it’s a bit chicken-and-egg. Usually what happens is, either I have an idea, or I’ve got an image for something. And then sometimes it will suddenly coalesce into a ‘what if’ idea. Sometimes it’s really quick. And then you’ll think ‘Oh, that feels like a detective story, we haven’t done that before’. It’s interesting though, because the ‘Playtest’ episode came about because I was thinking ‘What’s the Black Mirror version of a haunted house?’ Could you do a story without dialogue, about one person, in a haunted house for the night? And that was the starting point. So, in a way, sometimes it’s just a useful mental trick, to think ‘What’s the Scandi-Noir Black Mirror?’ – which is ‘Hated in The Nation’, the 90 minute one, our Scandi-Noir one. 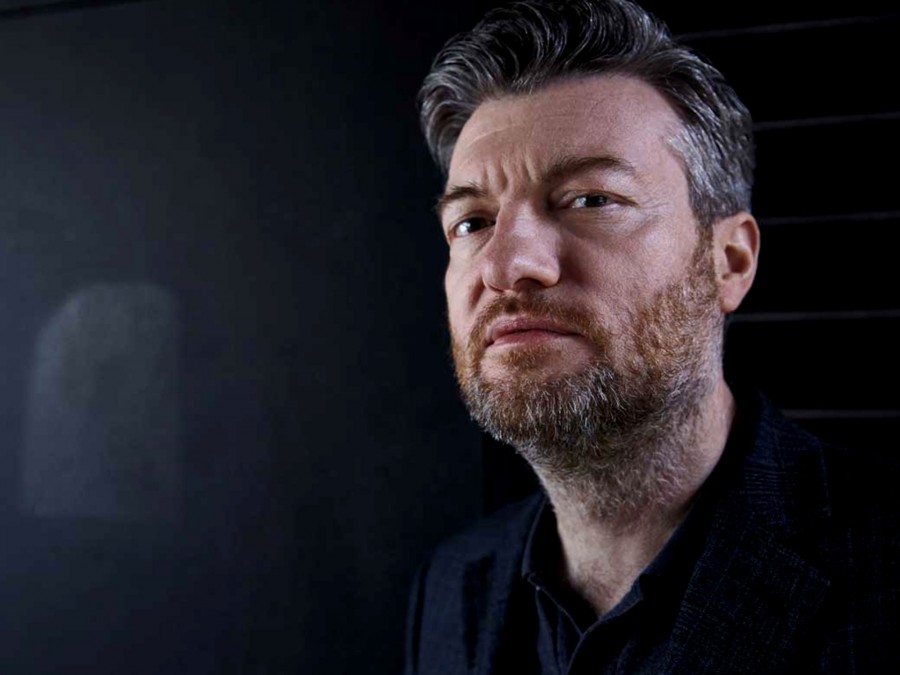 Has that changed your actual process of writing episodes? You’re already moving from a TV hour to a flexible Netflix hour – but 90 minutes, that’s essentially a movie.

It is a movie, basically. It’s feature-length. And that one is particularly complicated, because it’s a detective story. I had to plot the whole thing out, and it took fucking ages. Because it’s a mystery thriller, you’ve got to work out quite an intricate plot. And that feels like it’s a different muscle. And there’s ones like ‘San Junipero’, which I wrote without thinking about it. To sound tossy for a moment, there was a moment where – whenever I hear people say this I think ‘You fucking liar!’ – where I was writing a scene and then one of the characters said something and I was like ‘Oh fuck, that’s a great idea!’ and just went with it. Which was a surprise. ‘Be Right Back’ is another one that I wrote in a sort of trance. You start playing a film in your head, and start describing it on the keyboard. And then you eventually get to the end. That’s the worst description of writing…

There was somebody from Creative Screenwriting Magazine who was here earlier, and she said ‘Have you got any advice for writers?’ and I said, ‘Yeah, write standing up’. Because this time around, I bought a cheap little stand off Amazon, and I wrote standing up, because it’s slightly uncomfortable – it’s not so uncomfortable that you can’t do it, it’s slightly uncomfortable. And it means you don’t end up going on the internet, basically, because you’re there to do a fucking job. So I’ll write for 25 minutes… then I’ll go and play on the PlayStation for a bit. And I do this all night. I go nocturnal. And then I go back and I’ll write a bit more, and then I go back to the PlayStation, and then I go back… And hopefully by then, I’ll lose track of time and then I’ll be writing for fucking ages, and then there’s a point where you get excited about it. So my advice for writers is always: write standing up, and get Scrivener, and write in 25 minute bursts, and get a PlayStation.

Your writing voice has always been so well-defined, both in your TV writing and your prose. Does writing come easily to you?

No, it’s always been like fucking pulling teeth. I hate writing. I love having written, but I hate writing. When I was writing weekly columns for the paper, I found that increasingly more and more difficult. So I stopped doing it. And then, not that long ago, the New Yorker asked me to write a piece, and I was like ‘Oh, it’s the New Yorker – well, I’ve got to do that!’ And it was a nightmare, because I hadn’t written an article, or a column, in like a year. I’d forgotten how to do it, it was so difficult.

So do you not miss exercising that particular writing muscle?

I don’t miss that, no. Because I was really not enjoying it, by the end. I think it was partly because I just felt like I’d exhausted my desire to write like that. And I’m sure it’ll come back, and I’ll want to write things like that, or write longform prose pieces. But at the moment I don’t. It’s like, when I started out I was a cartoonist for ages, but then I got sick of doing the speech bubbles. I’ve blown up that whole side of my career, it’s slightly terrifying.

What do you think is the unifying tone of Black Mirror? It’s not quite cautionary. Maybe speculative?

Yeah, it’s speculative. I don’t think of the show as cautionary tales. I think for a cautionary tale, it has to supply a solution for the problems. And I never know what the solution to anything is. I’m just a worrier. So when we have bleak stories, it’s just me worrying out loud in a story. Sometimes I do enjoy just tormenting the characters, because those are the sort of stories I enjoyed watching when I was a kid, like The Twilight Zone, or Threads. Or a short Spanish film from the ’70s called La Cabina. It’s on YouTube – I won’t tell you what happens in it. I don’t know, I’ve always been attracted to doing really horrible, bleak stuff, so it’s a good exercise to see if I could write stories that weren’t that, but still make them Black Mirror stories.

Being an anthology series with these discrete parts, Black Mirror feels like something of an anomaly on Netflix, the home of binge-watching. Was that a creative concern?

I think that it’s the perfect platform for anthology shows, by which I mean a different story each time – because, traditionally, when you’re doing a show when the stories are going to be different each episode, you don’t have cliffhangers or returning characters. And, in order to drum up interest, or just remind people that your show exists, you’d have to trail it, which leads you to spoil the story in some way. This is a very hard show to promote, we’ve found. It’s quite difficult to do trails for it, because you’re trying not to say anything. So now these platforms exist, like Netflix or Amazon, or the [BBC] iPlayer, where you get the whole thing.

Somebody used a good analogy the other day, where they were saying it’s like it’s in a cupboard in your house, and you don’t know it’s there. It’s like when Stranger Things took off, and became a thing, and suddenly everybody had to watch Stranger Things. And people would go, ‘Have you seen Stranger Things yet? No? Oh, it’s in that cupboard in your house, go and have a look.’ And you don’t have that pressure of your first night, basically. When you do broadcast TV, it’s slightly terrifying to think that there could be a football match on. Andy Murray might suddenly win Wimbledon and it’s on at the same time as your show, and it can suffer as a result. Even though everyone claims they don’t care about ratings, they do really. And so it’s great that ratings are becoming less and less significant, and you get a longer shelf life.

Was there anything you do in this new Netflix series that you couldn’t do on Channel 4?

Just the running time, really. Nothing really in terms of content. I’ve been very lucky, I think, throughout my broadcast career. Freakishly lucky. Once you’ve fucked a pig on the telly, the bar for what’s acceptable has been shifted. 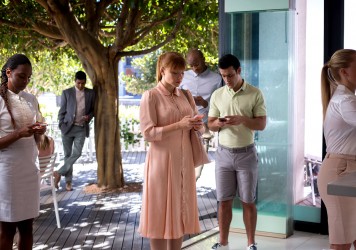 TV’s most thought-provoking social satire is back with a softer vision of a bleak future.