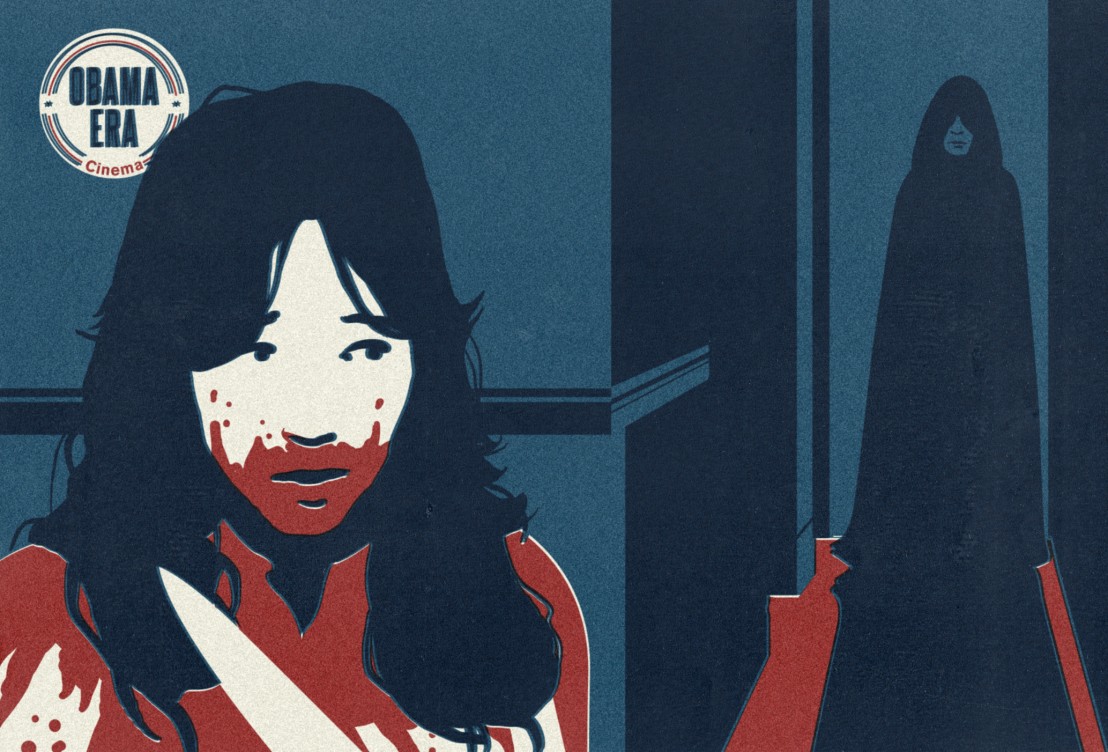 For much of Barack Obama’s presidency, horror cinema, which so often reflects the mental state of a nation, turned inward. Over the past eight years, a certain trend has reflected a crisis in American identity: the monster is no longer outside and the call is coming from inside the house. The fear seemed rooted in a history of injustice, and a changing idea of what it means to be American. The evil that was once the “other”, was there inside of us the whole time. The difficulty in facing this new threat inspires a deep sense of dread, a fear that what you thought to be true was a lie.

While these films served more universally as parables about addiction, strife, and family, they ultimately pointed to a threat that was merely laying dormant: hidden in history books or concealed by the government. The fear that Americans were facing was not an infiltration, but a monster that had become a part of themselves. The nightmare found in films like The Lords of Salem, Sinister, Let Me In and The Cabin in the Woods figured the threat to an American way of life as being woven into a hidden part of their identity.

Most of these films operate on a metatextual level. They explore the idea of a narrative by way of presenting a self-conscious narrative, bringing attention to the story within the story. In Sinister, this emerges by way of 8mm films discovered by a true crime writer, Ellison Oswalt (Ethan Hawke), who discovers the trace of seemingly unconnected murders from different decades that links them to one killer. As he goes deeper into the films, the fabric of his reality begins to crumble, as his relationship with his family deteriorates. Long before he arrived in this new home with the intention of writing a new book, Oswalt seems doomed to repeat his mistakes, as well as perpetuate a pattern of cyclical domestic violence. The horror which initially presents itself as the other, by way of a monster that seems to grow out of these first-person documents, emerges as something that exists not only within the home but more crucially, within Ellison himself. This is not a story of possession either, as the monster that emerges from Ellison existed long before he encountered this case as evidence by his wife’s continued warning sides of him falling into old and dangerous patterns of addictive and abusive behaviour.

In The Lords of Salem, we have a similar narrative thread connecting Heidi (Sheri Moon Zombie), a late-night DJ, to the past. When a strange album arrives at the station, Heidi plays it on the air, initiating a spiritual portal from the present day to the town’s violent past. As with Ellison, however, the music doesn’t transplant something inside Heidi, but reveals what was long holding below the surface. Like Ellison, those around Heidi are concerned she is once again falling into old cycles of abuse.

As a parable for addiction, The Lords of Salem is a bleak portrait of a woman losing hold of her life. However, it operates on a much grander scale, revealing a repeated and ingrained history of violence within the American fabric of identity. A theme recurrent over most of Rob Zombie’s films, he uses pastiche and cinematic allusions, to connect the violence of his narratives to those of the past. In his Halloween remakes, this operates on a micro level. Stripping John Carpenter’s films of their romanticism, Zombie suggests a heavier weight of violence on the individual – opting for less escapism in how he builds suspense and character. While many critics bemoaned contextualising Michael Myers violence as a symptom of bullying, Zombie suggests that violence is not an evil foreign entity, but something learned through cyclical patterns of abuse. 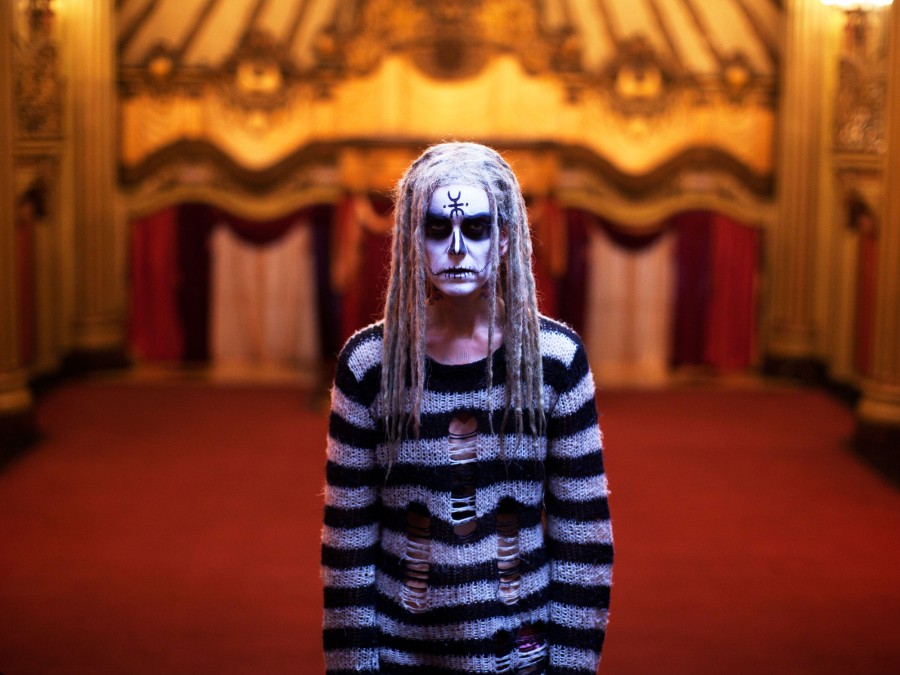 This idea is taken even further in The Lords of Salem, as director Zombie digs deeper into the past all the way back to the Salem witch trials. Part of the atmosphere of the film is devoted to the idea that in celebrating our history, we strip it of its violence. Salem has become a town that not only profits off the violence of the past but glosses over the most sinister aspects of it. Heidi, unable to face the demons in her life, becomes consumed by the haunting spectre of Salem’s violent legacy. Her addiction doesn’t serve as a metaphor, but rather a symptom of facing the real self. Heidi’s sobriety faced her with a reality she wasn’t ready to face or accept.

The discomfort elicited by these narratives connects with a reluctance to accept social rights movements, particularly Black Lives Matter, which challenge the conception of America’s past and present. In seeking to address systematic systems of violence and oppression, Black Lives Matters has sought to erase the idea that racism is a thing of the past. Instead, they address how the overt violence of the history has contributed to a fractured and broken American psyche, which perpetuates and erases culpability in contemporary society. To work towards fixing issues facing African-Americans, first, the society must acknowledge and even accept this reality which challenges the American Dream.

In Let Me In, the US remake of 2008’s Let the Right One In, director Matt Reeves recontextualises the Swedish narrative to small-town New Mexico and sets the tone by way of Ronald Reagan’s Evil Empire speech, zeroing in on this crucial phrase: “There is sin and evil in the world, and we’re enjoined by Scripture and the Lord Jesus to oppose it with all our might. Our nation, too, has a legacy of evil with which it must deal.” The handling of this speech is ironic as Reagan has long been a figurehead in American historical revisionism by way of misplaced nostalgia for the past but the words are still meant to ring true as an imperative needed for American society to change and evolve.

This idea is present in a number of horror films that similarly position the monstrous responsibility of the government, such as in The Cabin in the Woods or The Purge. These two films at least suggest the possibility that the ideological concept of America as a free and moral society is a lie in place to maintain the status quo. Other movies such as The House of the Devil, Ti West’s satanist throwback horror suggest by way of evoking mass hysteria of the past as a self-perpetuating lie about America’s innocence. By evoking the Satanic Panic of the late 1970s and 1980s, Ti West positions the American identity as one unwilling and unable to face their own failures as they desperately seek to transplant the darkness inside on an evil outside force.

These films don’t position evil as something that must (or even can be defeated). When darkness has become a part of you, you can only expel it along with part of yourself, if at that. Looking back at the legacy of Obama’s presidency by way of horror cinema, the challenges of reinterpreting the American identity are explored by way of representing the cyclical patterns of violence and injustice. Most of these films similarly position the horror as open-ended and unresolved, perpetuating dread via their lack of closure. These films are not just about the nationalist lies, but the lies we tell ourselves. 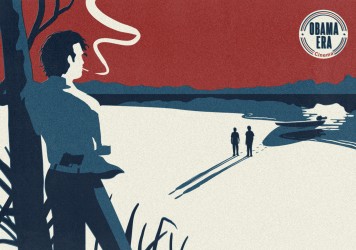