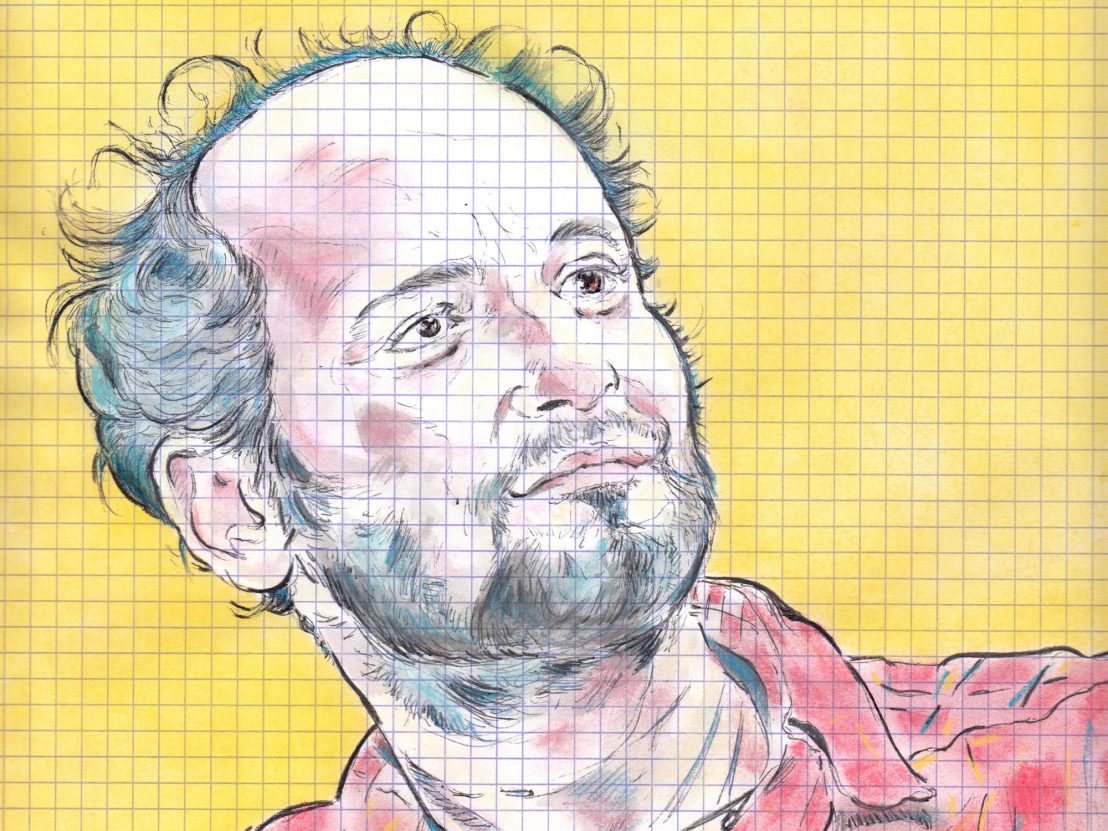 The Mexican auteur reflects on Our Time whether those who create art are all-seeing creatures.

The brilliant Our Time by Mexican writer/director Carlos Reygadas offers an unflinching portrait of a married couple in romantic freefall: one, a poet, is played by Reygadas himself; the other is played by his wife and long-time editor, Natalia Lopez. It’s another tumultuous and confrontational film to add to a canon that includes experimental mood piece Post Tenebras Lux, transcendent religious drama Silent Light and the explicit political allegory Battle in Heaven.

LWLies: In Our Time there is this idea of the artist as coldly rational, and the labourer has this poetic and free view of the world. It’s a fascinating view of what it means to be an artist.

Reygadas: We think of the artist as someone who isn’t driven by the rational. This is actually a cliché. There are all sorts of artists, some that are rational, some that are intuitive. Marcel Proust talked about this a lot in a book of his called ‘Against Sainte-Beuve’, who was a critic of his time, who said that it was important to know everything about an artist to see from where his creation came. Proust said this is absurd, as it’s almost like you’re dealing with two different people: the one who is creating the art; the other who dealing with life.

You can enter into another state of consciousness when you create – you feel things differently. In my case, I’m always asked about the speed of my films which are very contemplative, and then in person I talk very fast. All these complexities are difficult to grasp, so I was really into challenging this romantic idea of the poet being someone who has to walk around with a flower between his teeth.

What do you do when you’re not making art?

Before I make a film, I always do some other things first. I like construction. I live in the countryside so I have a lot of work to do. I have designed some houses. Then I built them. Now I’m going to build a barn. I just built a house for someone else. These things I have to put off when I’m filming. The first house I built was my own, 11 years ago. Then we built a studio, then some bungalows, then a house for my parents. I have this architectural/construction side. I like to spend whole days with the children. And reading more is very necessary for me. After finishing a film, I want to cut off from everything for a couple of years. In the meantime, I’m thinking of a new film. Not sitting down to work – just thinking, observing, developing a theme. The one I’m thinking of now has been in my head for five years. All this accumulates energy. And when the energy is there, I sit down and write.

How do you know the energy is at the correct level?

I cannot tell you. It’s like, how do you know you need to go on holiday? You just know.

No. I’m pretty much the opposite. My wife says I’m almost like a Calvinist who needs to constantly work.

Do you feel that everything you do in life is working towards some higher purpose? Like a utilitarian?

No, no, no. I do things out of pleasure. I do know, in another sense, that I don’t like to live with a sense of urgency. I am very aware of the fugue state of life – things just go, and you have to grab them. It’s more a matter of building sense into what you’re doing. Being awake. In that sense, I do like to get up and go out for a walk in the mountains with my dogs. Then I build and read and whatever else I’m doing at the time.

Is there a connection between this fugue state and fear?

There might seem to be, but I think they’re the exact opposite. When you are fearful, you want to evade life. You exploit yourself when it comes to work. You entertain yourself as much as you can. And you avoid presence in life. The consciousness of this fugue state produces the opposite effect – it makes you live life more intensely, because you are not afraid to live. I see it much more in terms of enjoyment rather than fear. I know that this fear can be used in corrupt societies all over the planet. In the developed western world it’s the worst.

Sometimes I feel that Aldous Huxley was such a visionary in his novel ‘Brave New World’, but the place where he got it wrong is that the drug they all took to go to work and be merry is, instead of being an active drug, a passive, depressive drug which is entertainment. Have you noticed how consumerism and capitalism society is at its most successful when it comes to entertainment? Never more – entertainment is the drug for a fearful society of self exploitation.

Do you make entertainment?

Definitely not. I don’t want to entertain people at all. And I don’t like to be entertained. I hate entertainment in cinema. If I want to be entertained, I’ll watch a football match. If you ask me what entertainment is, I would say it’s a unilateral presentation to keep your mind in a passive state. Time passes where you’re not looking at what is really going on. What I try to do is always bilateral. I’m presenting something to you, but I’m not telling you where to look, what to think, what to feel or what things mean. When things are presented rather than represented, they don’t have a closed meaning. Just like life or a landscape or a little building. In this way, my films are like a painting in that they don’t say anything to you, you can look, connect, create a relationship and a subjective meaning.

Our Time is released 12 July. Read the LWLies Recommends review.