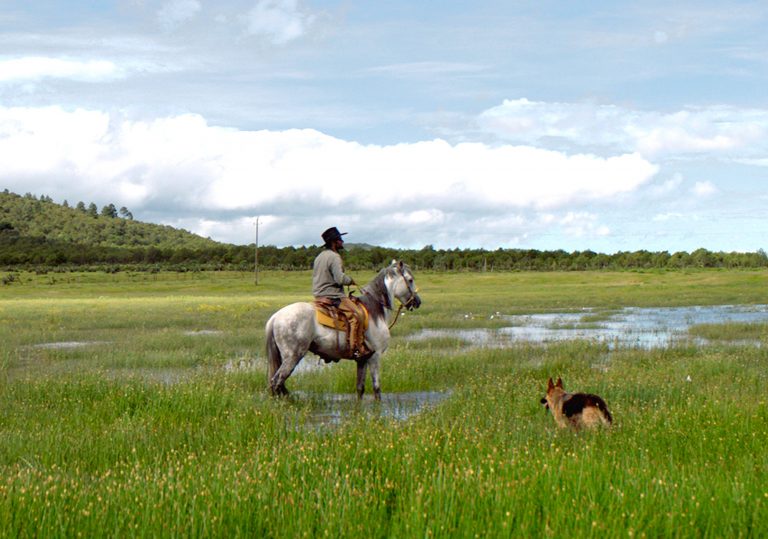 Got trashed at its Venice premiere. Entirely unjustly, it transpires.

A unnerving, bold and subtly complex dissection of male ego and aggression.

There’s no real way to start a review of Carlos Reygadas’ remarkable Our Time without resorting to the Spanish term “cajones”. It could refer to numerous aspects of this languorous, bucolic drama which bristles with sexual tension and leans hard on raw emotional pressure points. The key aspect, however, is that Reygadas has stunt cast himself as a character who is so abjectly pathetic, so unremittingly feeble, that he gives Jack Lemmon in Glengarry Glen Ross a run for his meagre purse.

It’s invigorating to watch an artist who is so content to project and embrace weakness, and to use cinema as a fantasy playground to express the most destructive impulses of the human heart. His Juan is a super chill poet warrior, stetson tilted over his brow as he canters around his vast grounds on horseback while his wife, Esther (played by his editor and actual wife, Natalia López), takes care of all the physical labour of overseeing livestock.

His downfall is slow and magnificent, catalysed by Esther choosing to conduct a sexual relationship with an American horse breaker named Phil, but which tightly adheres to the strictures of their open marriage. They have two children (played by their own offspring, Eleazar and Rut) and maintain an anaemic illusion of the nuclear family.

For Juan, it’s a case of ultra liberal swinging guy on the streets, semi-psychotic conservative patriarch in the sheets. All three principles wield an amusing line in shit-eating grins, as they nod along to the psychobabble bullshit and cutting micro-aggressions while internally formulating an equally withering, faux-cordial retort. During the middle section of the film, all signs point to a gigantic mano-a-mano dust-up out there on the Mexican grasslands, as Juan finally decides to privately confront his rival Phil about his not-so-clandestine canoodling. 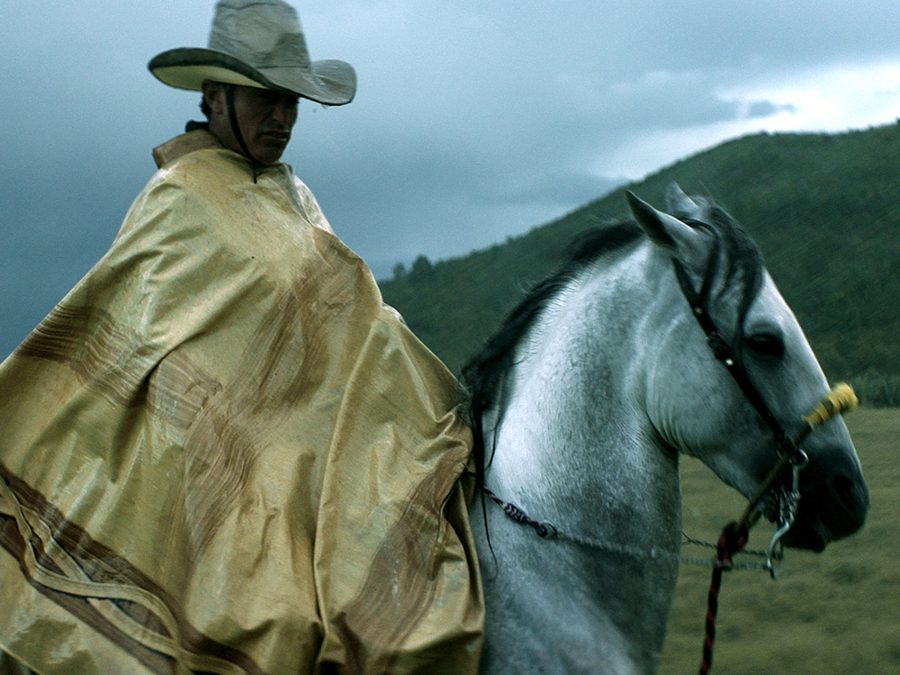 Yet this is a thoroughly modern fight which manifests as a series of strongly worded emails. Juan parlays his vast intellect into his prose (he is a rootsy literary celebrity who shuns the limelight), even drawing on his own ready-to-wear definition of love to nab the advantage. Yet Phil doesn’t bridle, parrying Juan’s crooked logic in a way which only causes further infuriation.

It’s an intimate film about the tenderness of vanity, interested mainly in subtle body language and obscure nuance. Scenes are stretched to breaking point and beyond for maximum discomfort. Yet the story unfurls on a grand canvas which includes timpani concertos, sweaty hate-sex, scenes of a bull goring a donkey, and the advantages of having some Genesis albums loaded up on the stereo of your Range Rover. Its systematic decimation of the male ego lends the material a contemporary feel, even though it’s clear Reygadas is someone who never wants or feels he needs to piggy back on existing conversations about gender and relationships.

Got trashed at its Venice premiere. Entirely unjustly, it transpires.

A unnerving, bold and subtly complex dissection of male ego and aggression. 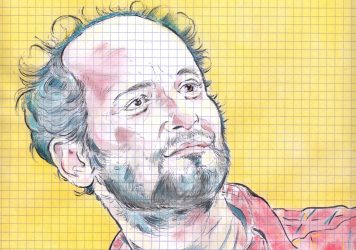 The Mexican auteur reflects on Our Time whether those who create art are all-seeing creatures.