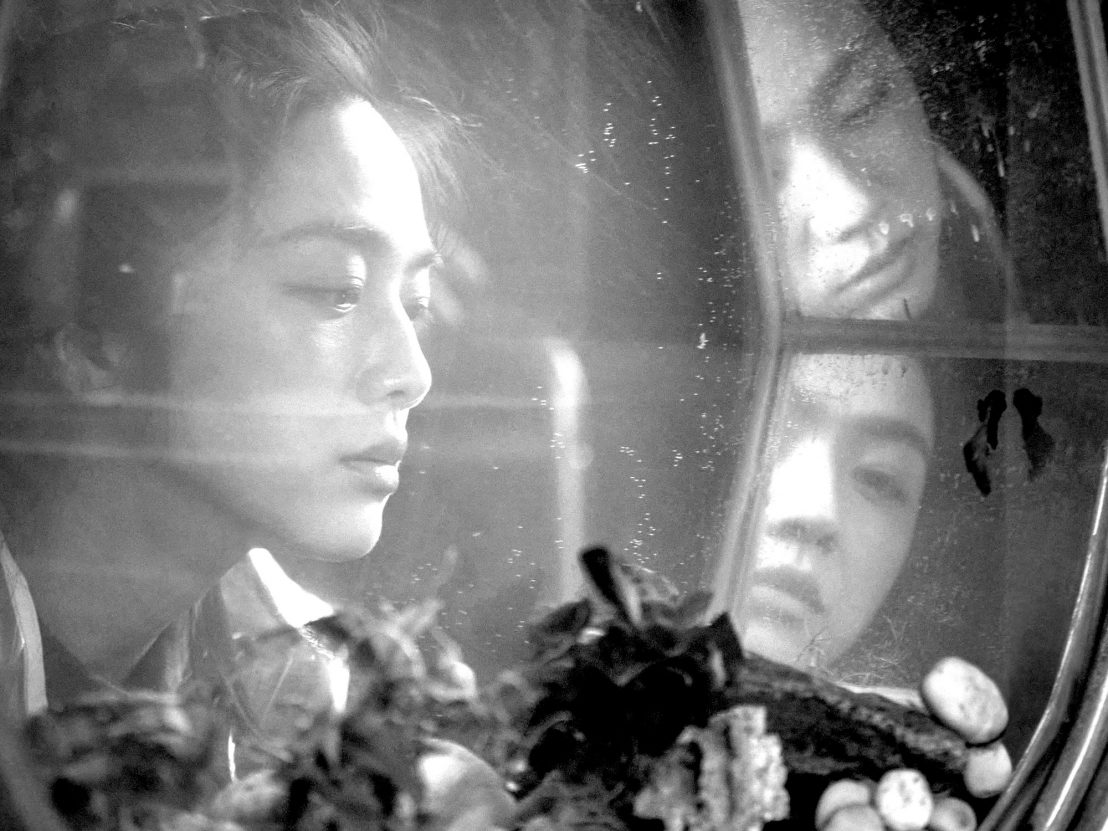 She delivers arguably one of the greatest performances in a Park Chan-wook film, but how did Tang Wei build the enigmatic suspected murderer, Seo-rae?

LWLies: What was your first encounter with Park Chanwook’s cinema? As a filmmaker who tends to focus on extreme subject matter and extreme emotions, was he always someone who appealed to you as a potential collaborator?

Tang: I remember the first time I watched a Park Chan-wook film was in college. During that period, I would play all the discs I collected and I saw Oldboy. In the film, the main character was carved into the wall in his cell. Later, he was eating octopus which stuck onto his face as he put it into his mouth. Those scenes remain fresh in my memory. At that time, I wasn’t very familiar with Korean cinema and knew nothing about that film. I just put the disc on and started watching. It had a great impact on me. As for collaborating with Director Park, I had never thought about it or dared to think about it. Even now I find it unbelievable that I have played a leading role in one of his films. I am very grateful for that.

Can you talk a little bit about what you did before the first day of shooting? Preparations, rituals, techniques you used to enhance the experience?

Before shooting, I had already spent some time with the crew, learning the Korean translation and working on my lines. I also liked to visit the set while the director and Park Hae-il were shooting. Thinking back, there was one interesting thing: before we started shooting, Hae-il and I went to the Chinatown in Busan near our hotel and we were surprised to find a tiny temple called Shaolin Temple. I still remember in that temple, both of us kept walking and walking and we entered the main hall together with a tacit understanding. There were hardly any people there. We then sat down, one after the other, just like Hae-jun and Seo-rae do in the film. Thinking about it now, it’s as though we had already experienced the scene as it is in the film, before it was shot. It’s kind of magic. It’s amazing, and it has only just occurred to me!

When you first read the script, what was your initial impression of the character of Seo-rae? Did that change while you were making the film?

When I first read the script, I wondered if the story was set in modern times. How could someone have such a fate? It felt so far away from our lives. Especially after costume fitting, I knew it was not a period drama, which made things even more confusing. Later on, when we were doing a press conference, I was chatting with my Korean interpreter. She told me that in Director Park’s films, Japanese are not really Japanese, Koreans are not really Korean, and hence Chinese are not really Chinese.

Director Park doesn’t employ a realistic way of depicting these characters. It made a lot of sense to me, and all the dots started to connect. I can’t watch any horror, ghost films or films with bloody violence – but I am not afraid of the violence and horror elements in director Park’s films. Probably it’s because the presentation of those elements has been filtered through his aesthetic and philosophical lenses. I haven’t discussed this with him so those are purely my personal feelings. 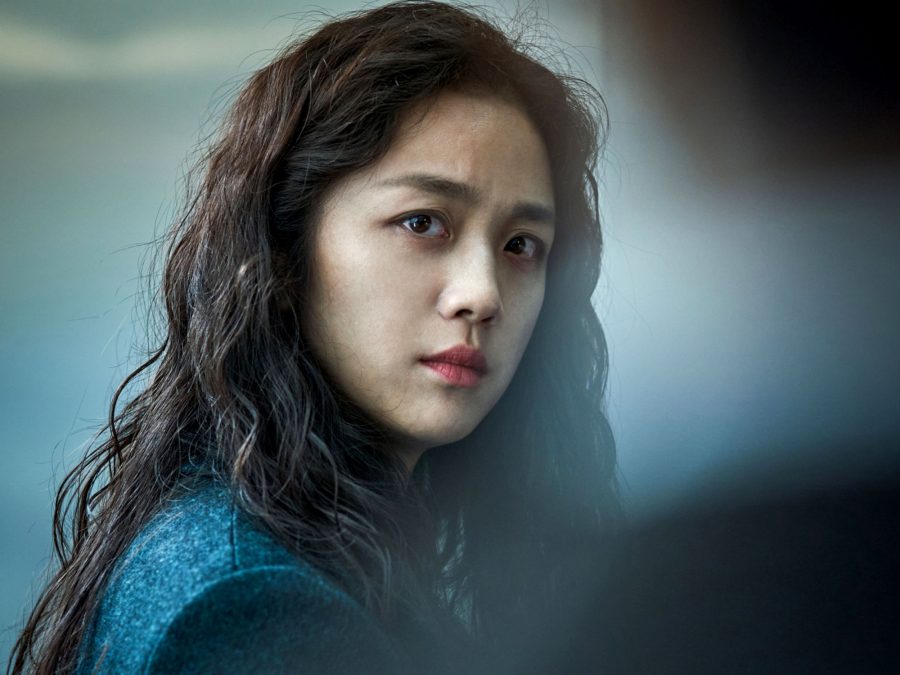 Language and communication are key components of the drama in Decision to Leave. As a person of Chinese heritage speaking Korean, how did you take on that challenge?

In my previous films, I’ve spoken Mandarin, Cantonese and English. I should explain that I am from Hangzhou in the south of China, and if you go further south, the dialects are like foreign languages. So, using standard Mandarin in my performance was also a bit challenging, as it’s quite different to the language I use every day. For Cantonese and English, I needed to learn those from scratch, which took many months. In Decision to Leave, most of my lines are in Korean. Although I am married to a Korean, in our daily communication we rarely speak to each other in Korean. Therefore, I spent most of my efforts on the language part of this film.

Before the shoot, I spent almost all of my spare time listening to the Korean lines that Director Park and Park Hae-il recorded for me. Basically, while I was performing, I referred to Director Park’s guide storyboard which we called ‘conti’, but I’m not sure how well I executed it.

The film is powered by the unreadability of your character. How do you go about transmitting ambiguity through performance?

I can’t really ‘play’ an ambiguous and mysterious character. Looking back, what I focused on during shooting was my understanding of the character; while Director Park focused on the “ambiguous and mysterious” part, which draws the audience to the cinema to watch the film again and again. When I was performing, I preferred to deliver the role based on my own understanding. I often presented my thoughts about the character to him in great detail, and he would use some of the things that he liked and would even develop the role based on them, which made the relationship between characters more flexible.

Our scriptwriter, Jeong Seo-kyeong, said that it was the first time she found a film she wrote didn’t feel it was written by herself. Even with the same lines, it would feel like something different. Then I thought, I have tried to get myself into the world of the character, to be able to understand her life and logic. In the script, in all the delicately laid-out structure, in each nuanced consideration, the director arranged everything properly. What I needed to do was just present his ideas. Of course, during the process, there would be some changes due to my personality – usually those are moments where there is no dialogue. Seo-kyeong also said that Seo-rae is a person who has a dramatic past and keeps things in her heart, and would not express them, you can’t even tell from her face. It’s a very special perspective.

How did Park help to sculpt your performance? This is a film about fine details and gestures: how does he make sure he’s getting what he needs? Does he do a lot of takes?

The biggest help Director Park gave me to sculpt my performance was his continuous encouragement and his help especially on the language. He would record all the Korean lines related to my role – including the lines of the co-star – carefully, sentence by sentence. For some sentences, he would even record several versions. As an aside, I should add that Director Park is a great actor. After we finished one of the promotion events, I just had to ask him if he had ever acted. He said no, never! And he told me that he had never recorded audios for someone so carefully and assisted other people in dubbing – all of those were new experiences for him. He taught me the Korean pronunciation like teaching a baby to walk, with a lot of tenderness, care, consideration, support and patience. It is the greatest help I have ever received.

Director Park is also a good listener and is very flexible. Another thing that helped me a lot was his storyboards. It’s the most beautiful ‘conti’ art I’ve ever seen. I think it’s comparable to my favourite Japanese comics when I was a child. It’s significant that the director strictly followed this for the shoot, which is why it was completed so efficiently. It made the atmosphere during shooting relaxing and pleasant, but also created a comfortable tension. Of course, the director would do various takes if he felt it necessary, but he wouldn’t do that if he had what he wanted. He’s very clear about what he wants and would not torture the actors nor interfere with their performance too much. He would just chat with us and re-do the shot.

How much time did you spend with Park Hae-il before shooting? Was there any time before the shoot that you were able to discuss the arc of your relationship in the film?

I didn’t count how much time we spent together. As I said before, we would go for a walk whenever we had time, either I invited him, or sometimes he invited me. But we couldn’t communicate well due to the language barrier. So it’s more like we were communicating intuitively. Occasionally, we would use the translation device as used in the film to chat a bit, but it’s quite tiring and we eventually gave up. But gradually we found that we didn’t need the chat and we could reach a level of non-verbal, even spiritual communication. Think about animals: they would not say things like, ‘Hey, which year were you born? Which star sign are you? Where do you come from?’ They probably communicate more via eye contact, facial expression and body language. And attachment developed like that is therefore pure.