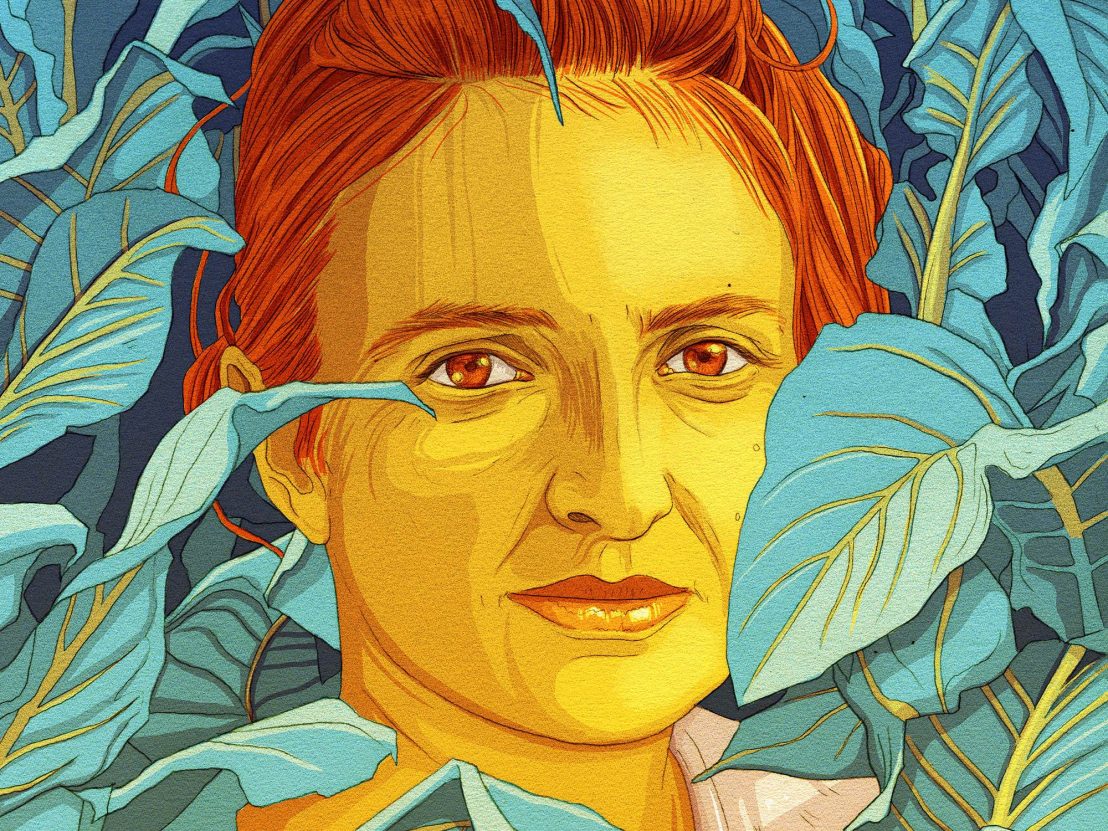 Alice Rohrwacher has been a film festival darling since her 2011 debut feature, Corpo Celeste, looked at catholicism in contemporary Italy through the prism of a young girl’s coming-of-age. Her follow-up, 2014’s The Wonders, again represents the confusion of female teenhood, as well as the slow disappearance of the traditional Italian way of life.

Her latest, Happy as Lazzaro, won Best Screenplay at the 2018 Cannes Film Festival and is inspired by a newspaper item about a village working under slave conditions. It follows a happy-go-lucky farm boy named Lazzaro living in a small community of labourers living under a similar set-up. We sat down with Rohrwacher to chat about the film’s themes, and how she was inspired by a newspaper article.

LWLies: So is Lazzaro happy?

Rohrwacher: ‘Lazzaro Felice’ is how, in Italy, we talk about someone who has nothing, but is happy because he sees others happy. I wanted to tell the story of someone who doesn’t pursue his own happiness, but instead pursues the happiness of others.

Do you think that Lazzaro’s openness to others and his passivity is the only way to be happy?

No, absolutely not! I don’t think that we must be happy. The film is not about ‘being’ happy, but about ‘seeing’ happy, which are two very different sentiments. One is a search for adolescent empathy for the character, as though the film told us to be like him. But there’s another mode of spectatorship, where the character is instead something that we have to watch and remember. Perhaps the memory of Lazzaro’s innocence is both painful and pleasant because it’s an original yearning, something from which we’ve been separated but which we remember.

Lazzaro keeps being good but is also beaten down. Why is he like this?

Lazzaro never changes; the world changes around him. We often imagine that a good man does good, but it’s an illusion. A real good man doesn’t know what is good or bad, he’s simply open to everything, without a filter. Lazzaro is a mystery and a form of gentle revolution. A script is often seen as something to dominate, but here I admit that there are few Lazzaros and I watch him like I would watch a saint, or a tree.

The film represents a different way of existing.

I think what you need to search for in the film is in the integrity of the image. It doesn’t try to seduce the spectator, but instead appear to him, just like Lazzaro appears. In a time when images have entered our lives like liquids, I wanted to make a film with solid images that confront the spectator.

It seems like you made the film from Lazzaro’s point of view, to make us see the world with the same openness as him.

I don’t think it’s Lazzaro’s point of view, but rather that of the world on Lazzaro. He is sometimes embarrassing because he shows us something that, deep inside, we recognise in ourselves too, but we pretend not to. We are embarrassed when someone sings badly because maybe we don’t sing well either. We’re embarrassed by things that we participate in but that we hide, and I think this type of embarrassment is important.

In the end, maybe we see how capitalism is bad in the second part in the big city, but we also see it in the first part.

The scene in the church when Lazzaro literally takes the music away is interesting because it places Lazzaro separate from religion.

For me, it was important to tell the story of a prehistoric saint, not belonging to religion. Lazzaro is a saint in the world, so he has to find his own place. This scene seemed like a fun and beautiful way to show that. It’s like a dream because it’d be nice to hear some beautiful music that we can take away with us.

You were inspired to make this film by a news article?

Yes, just a few lines! It wasn’t considered a big thing because the people were not chained or caged. It was simply that no one told them that they could choose their life. It was just silence. That story also shows that, when you are working hard, you don’t allow yourself to think of what to do – and this lasted for hundreds of years! It’s inspired by a real story, but I think it could happen anywhere, because there are privileged people who do the same thing everywhere. They’re not known because it’s not something that you can make a big show about.

Because it’s very discreet and a form of ‘soft’ slavery, in a way.

Yes, and to me it’s almost worse. Because it’s insidious and something that you can never feel liberated from.

I also like how, in the second half, the people read the article about how horrible their past was, but they are now in this awful little house…

I don’t think they want to go back…

No, but both places and times were bad.

Nothing changes for the people at the bottom of the world, never.