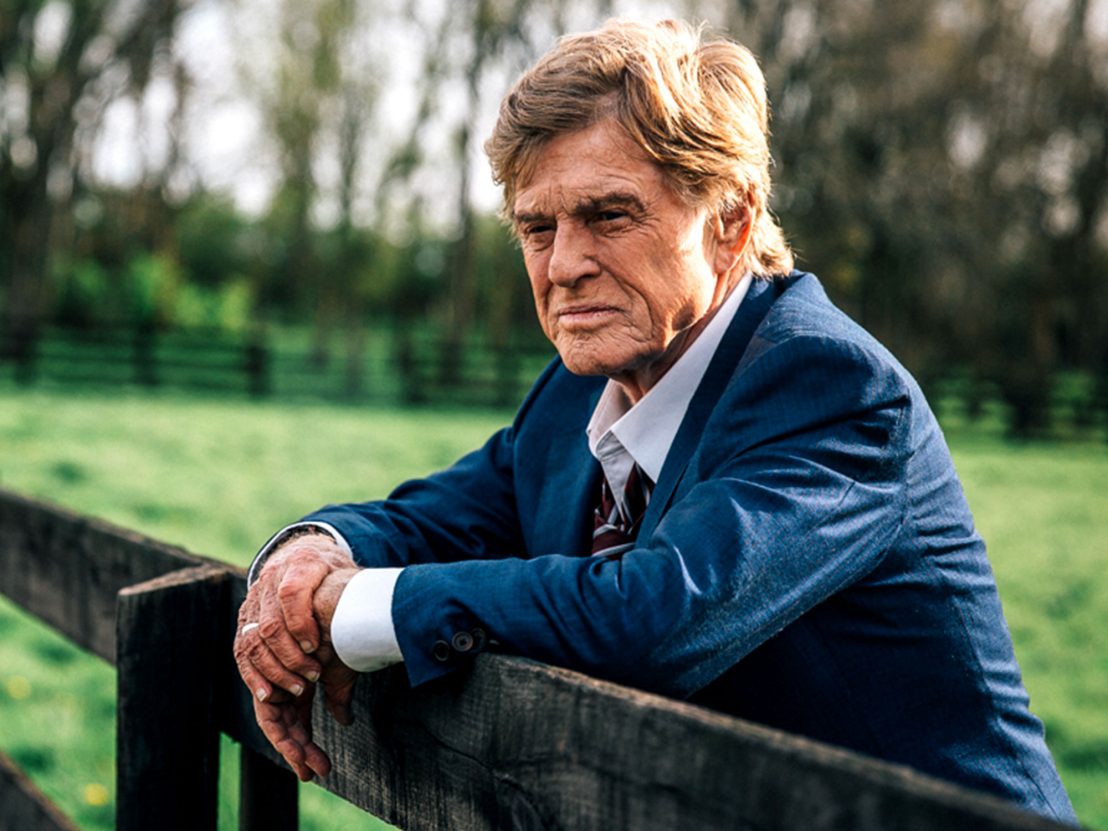 Robert Redford’s announcement that he was to retire from acting following a career spanning five decades preceded the premiere of David Lowery’s The Old Man & the Gun. Choosing to go out on his own terms feels like a very Redford thing to do – and if Forrest Tucker really is to be his final on-screen role, then he couldn’t have chosen a better note to end on.

Based on a New York Times article about an elderly bank robber who just couldn’t stop doing the one thing he loved, Lowery’s film is a warm, kind-hearted portrait of an exceptionally charming criminal, and those that came to know him towards the end of his remarkable life. It’s hard to imagine anyone else in the role of Tucker than Redford, who spends most of his time on screen smiling. This gets at the heart of what Lowery’s film really is: he doesn’t seek to pass any judgement over Tucker’s criminal career, but instead just capture something of his strange celebrity.

Sissy Spacek stars opposite Redford as Jewel, a ranch-owner who encounters Tucker in the early 1960s by pure coincidence, and falls for his charms while also never really believing a word he says. Over the next two decades they periodically meet again, and the best scenes in the film are their diner exchanges, where they talk about their lives, and we get to witness two brilliant actors with excellent chemistry simply existing on screen together.

Meanwhile, Casey Affleck is (the aptly named) John Hunt, a detective charged with bringing Forrest to justice, and we glimpse his own life with wife Maureen (Tika Sumpter) and their very cute children. Just as Forrest can’t seem to quit his lawbreaking ways, Hunt can’t get used to the quiet life and lack of interest anyone else has in apprehending Tucker. Rounding out the cast are Tom Waits and Danny Glover as Tucker’s accomplices, known collectively as ‘The Over the Hill Gang’. Together they don’t share much screen time, but it’s hard to mind too much when Redford is so compelling on his own.

If the stakes seem exceptionally low for a film about a bank robber, it’s because the film is really more about the titular old man than the gun. Lowery is an exceptional filmmaker and a cinematic chameleon if there ever was once, having previously brought us stories about existential ghosts and a CGI dragon – but if there’s one overarching theme connecting his films it’s the power of the tales we tell ourselves.

“I’m not talking about making a living,” explains Tucker, when asked about his compulsive criminality. “I’m talking about living.” This one is as much about Redford’s enduring celebrity as it is his final role (photographs and footage of a young Redford in ‘The Chase’ drive that message home) and it’s difficult to not be drawn in by its considerable charm.