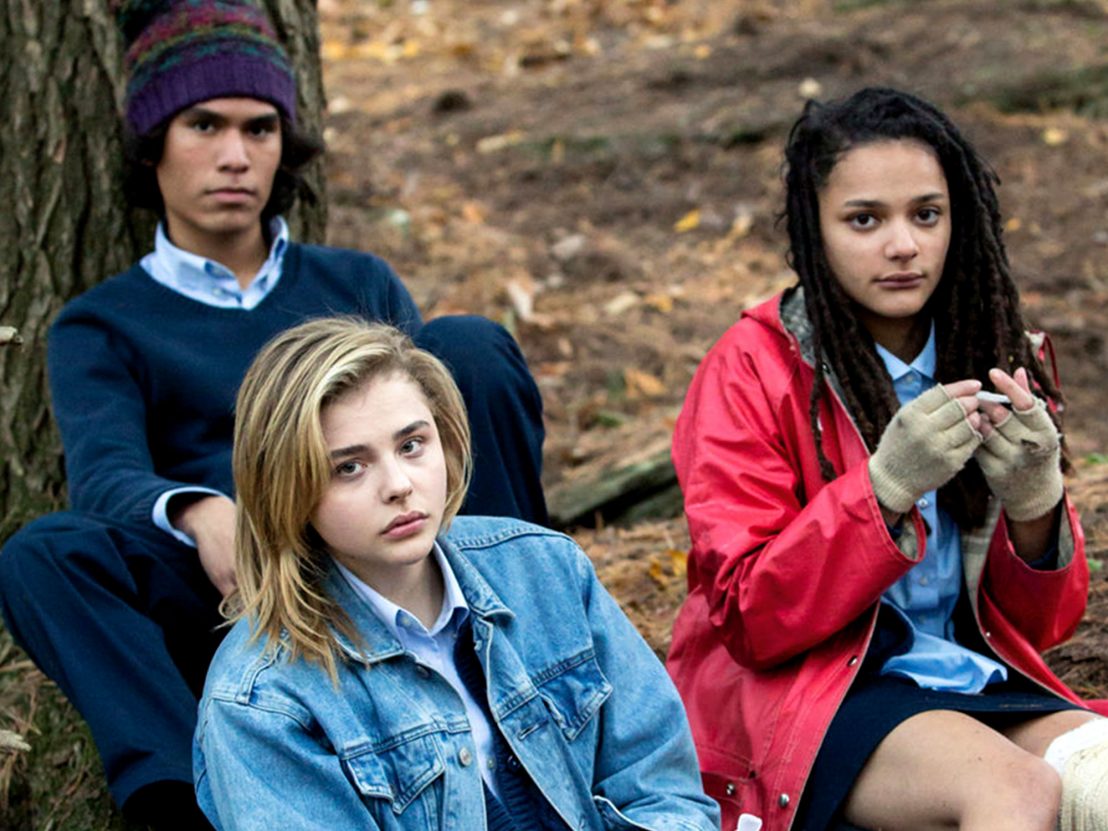 After Cameron Post (Chloë Grace Moretz) is caught hooking up with a girl at her school dance, her religious aunt sends her away to an insufferable place called God’s Promise, where teens are forced to reevaluate their alleged gender confusion and same sex attraction. The camp is led by a formerly gay youth pastor/counsellor (John Gallagher Jr, in a brilliant performance that’s both comedic and tragic) and his tranquil yet sinisterly looking sister (Jennifer Ehle), who looks like an evil Tilda Swinton in ’90s shoulder pad-lined blouses.

What keeps Post going is the same anchor that gives the film much of its comic relief: her two friends, Jane Fonda (Sasha Lane) and Adam Red Eagle (Forrest Goodluck). They’re the cool kids of this glorified Bible camp and provide much needed incentive for rebellion. The pair grow their own weed, sneak off when they can and try to defy their caretakers as often as possible.

When Post is examining her classmates’ problems, as written out on a crudely sketched picture of an iceberg, the film flashes back to Fonda and Red Eagle’s respective pasts, where the former grew up in a free-spirited commune and the latter identified with his indigenous tribe’s belief of a third gender to his father’s disapproval. Both of them have also fallen out with their families over their enrolment in God’s Promise, and their cynical outlook on the program points out the hypocrisy of their treatment.

Akhavan is a master at balancing the highs and lows of Post’s story. Her previous film, Appropriate Behaviour, similarly explores growing up queer as a young adult, but as a DIY, bare bones self-directed drama. Now armed with a bigger budget and a clutch of budding stars, she should now reach the wider audience her talent deserves. Indeed, The Miseducation of Cameron Post is a graduation of sorts for the young filmmaker. With it she proves she can tell a story that is full of visual wit yet sensitive to a subject which clearly means a lot to her.

After the film’s premiere, Akhavan explained to the audience that she and Moretz researched gay conversion therapy programs like God’s Promise and interviewed several survivors of such programmes. She then brought one of the survivors to the stage along with the cast and crew to share his experience. The message is clear: Let there be hope in resistance.