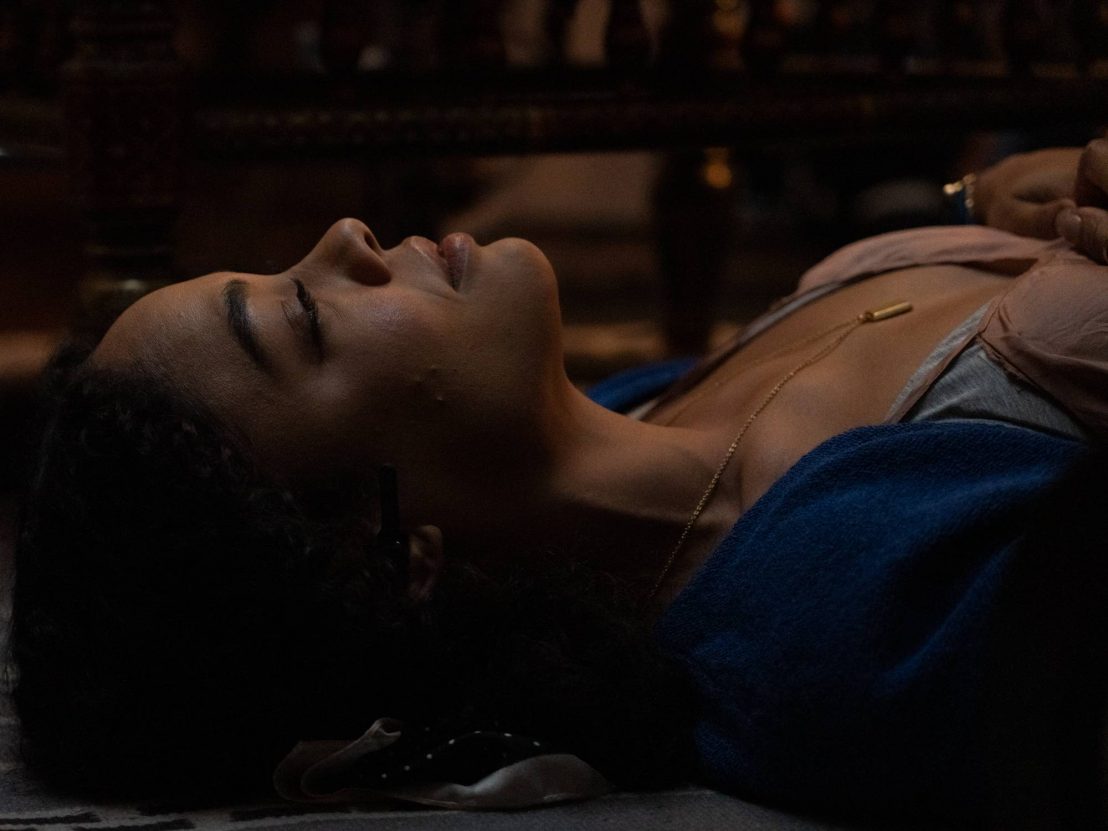 Beth (Tessa Thompson) is good at listening. In fact, she’s paid to do it – she works the night shift at a helpline, and takes calls from strangers on all manner of topics, from an ex-convict trying to get his life back on track to a teenage runaway with a violent boyfriend. She’s heard it all from the sanctity of her Los Angeles apartment, where she sits with her dog patiently listening as others offload their deepest fears, irritations and anxities to her. It’s a job that might initially appear undemanding, but the emotional toll on Beth becomes clear throughout the slender runtime of Steve Buscemi’s fifth feature as director – although she tries to maintain a distance from the people she assists, it’s difficult to remain detached considering the seriousness of some of the conversations she has.

We join Beth on her final shift, at least for a little while. We never quite find out what has led her to quit, but it could be exhaustion – even over the course of one night we get a sense for the emotional toll of answering the phone and helping strangers through what could be the worst night of their lives. Beth remains mostly in her apartment, moving slowly from room to room, occasionalyl pausing for a snack or to doodle in a sketchbook. Sometimes she offers her clients advice, but mostly Beth is just there to help people talk through whatever is on their minds – a role she seems to excel at.

The Listener rests on the strength of Tessa Thompson’s performance, which is far more interesting than anything her recurring role in the MCU has asked of her. It’s not an easy role, given that so much of the performancr revolves around reacting to phone conversations, but Thompson manages to embue Beth with warmth and charisma. We learn more about her life throughout the film, small details dripfed in the conversations she shares with others, and though we never gain a full understanding of her life, there’s certainly enough to appreciate why she has taken on a job where the rewards are not always felt.

Even with a fairly slight 96 minute runtime though, The Listener does drag slightly. Throughout her shift Beth fields multiple calls and some are more compelling than others. The standout is a conversation between her and an ex-academic (voiced by Rebecca Hall) who is on the verge of ending her life – over the course of their conversation, Beth is required to open up a little more, but ultimately finds the exchange gratifying as they discuss mortality and the idea of keeping on going in an increasingly hostile world. It’s a modest film, both in scale – the restraints of filming during Covid do feel apparent – and story, but that’s no bad thing. Loneliness is a feeling familiar to virtually every one of us, and here it is treated with dignity and compassion, destigmatising the idea of reaching out to others in search of help, and serving as a reminder than no man (or woman) is an island.