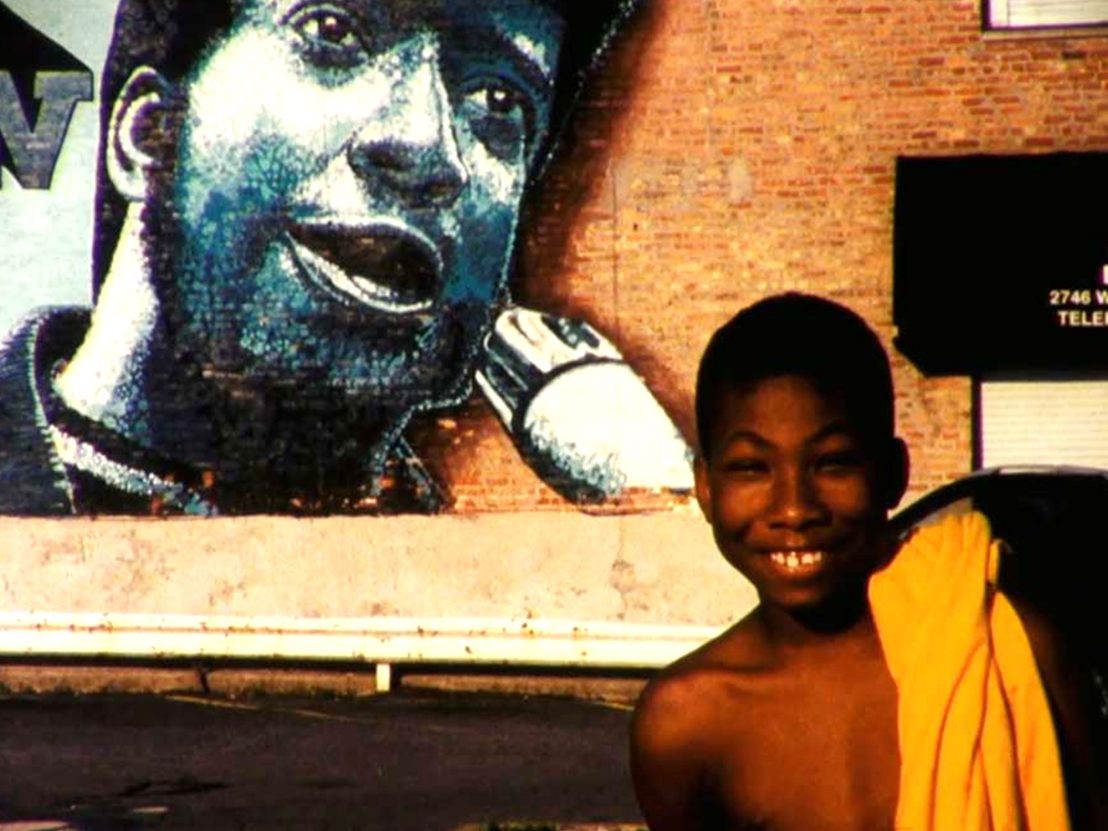 A staggering new film tells the story of faith in America

Condensing in excess of 1,300 years of history into 60 minutes of cinema seems like an impossible task – when assumptions are made that history should be represented linearly and conclusively. Deborah Stratman’s The Illinois Parables, which includes reference to events that took place from 600CE through to 1985, demonstrates an alternative methodology. Hers is one that demonstrates the problems inherent to the creation of historical records – whether formal, informal or accidental – as well as the expansive potential of attempting to write (and rewrite) them.

Arranged chronologically, Stratman splits the film’s eleven segments definitively with roman numerals, creating eleven ruptures that accelerates the film forward through time. A film built in the archives, The Illinois Parables is dense, research laden, methodical and complicated, yet put together without intending to be a comprehensive historical survey. These eleven vignettes, moments selected from millions of possible instances, are the stories of Illinois that Stratman considers “canonical to [her]”.

What connects them is a focus somehow on landscape – exploring wildernesses, deserts and mountainscapes; migrations or reclamations, forceful and willing; erasures, conscriptions and delineations; and forms, lines and topologies – ways in which humans have made some kind of inscription upon the land in which they pass through, and the traces that remain.

Stratman says that this comes from her being “invested in landscape”, the film growing from efforts to “[push] it to see what it offers”. Though having been in the works for over a decade, the film arrives at a very particular present, a time of unease and uncertainty, where disparate peoples share a unified, very real and pressing concern for their collective future. Stratman’s film, a kind of liturgy for the land, feels like a conscious attempt to look back. Unearthing histories bubbling at the surface and buried deeper, she uses a psychological, ruminative restaging of various pasts as a starting point from which to make sense of a broader present.

Born from an idea that 50 filmmakers each make a project about an American state, Stratman’s film crosses the entirely of her state and its history to show how both of those things are constructs, beginning pre Illinois state and pre US settlement in Cahokia with the remnants of one of the earliest Native American cities; and ending with the (re)staging of a reconstruction in Chicago, that of the police murder of Black Panther Fred Hampton. Then, with the camera ballooning upwards over the landscape of Buffalo Rock in the film’s final segment, Stratman seems to suggest wherever we look, and no matter how wide, we’ll only be seeing one perspective.

In-between, Stratman transports viewers to many sites of various kinds of disaster, displacement or disorder: to Golconda, site of the ‘trail of tears’, along which thousands of Cherokees were forced off their land along in the 1830s; Gorham, struck by a fierce tornado just over a hundred years later; or Macomb, where a number of homes caught dramatically, inexplicably alight twenty years after that. Stratman says the human tendency is to “record and remember the dramatic times”, that “violence is what gets written down”, and her film contains elements of this, haunted by more than a few ghosts and containing multiple sequences of destructive chaos, what she calls the human “attract[ion] to the catharsis of wiping clean”.

Crucially though, while the film is imbued with the violence of the terrain it traverses, it is not consumed by it. Adopting 16mm for it’s granularity and immediacy, the invigorating presence of that texture of “the swarm” in the celluloid image and the enlivening hum of the projector spinning it to the room, Stratman depicts some beautiful scenes – wintry, picturesque landscapes of spoilt off-whites, dreamy blues, and earthly Midwestern browns and greens.

The film’s assembly is similarly masterful, an endeavour of will that shows the time spent piecing it all together. Stratman employs cuts that snap, generating pace or creating space; sound bridges that make rhythmic jumps alongside exciting associative edits; musical accompaniments that evoke a specific mood and time (‘Lunenberg Travellers’) or ones that abstract the visual material from it’s period occurrence, offering “melody as a narrative” rather than an emotional cue (‘Les Porte-Mentaux’); vital, thought-provoking quoted passages, archive inclusions and newspaper cuttings; and filmed imagery that is in turn evocative, obfuscating and oblique.

Presenting the film at the Essay Film Festival, Stratman spent as long a time as the film runs for talking about it with the audience after, much of which detailed the process of addressing her “complicated relationship with didacticism”. She spoke of balancing the consistent effort she’s made to “resist prescriptive political cinema” against the risk of “being so coy as to be obsequious”, and of the importance of space, of not explaining but allowing an audience to feel their way around a film like this one, giving them the “freedom to contemplate”.

The Illinois Parables rewards repeat viewership and flourishes from its ambiguities, shunning absolutes and suggesting and intoning rather than telling. “If you get something wrapped up, it’s a circuit, it’s not conducive to conversation.” “I make work because I don’t know, I like being in that place of unknowing. I think that is a productive place to be as a thinker”. Compelling and challenging the viewer, Stratman looks into modes of telling, exploring how narratives are formed through exposing a cross section of stories where place and past are inextricably tied. 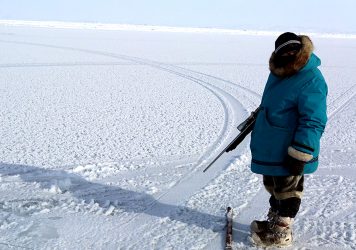