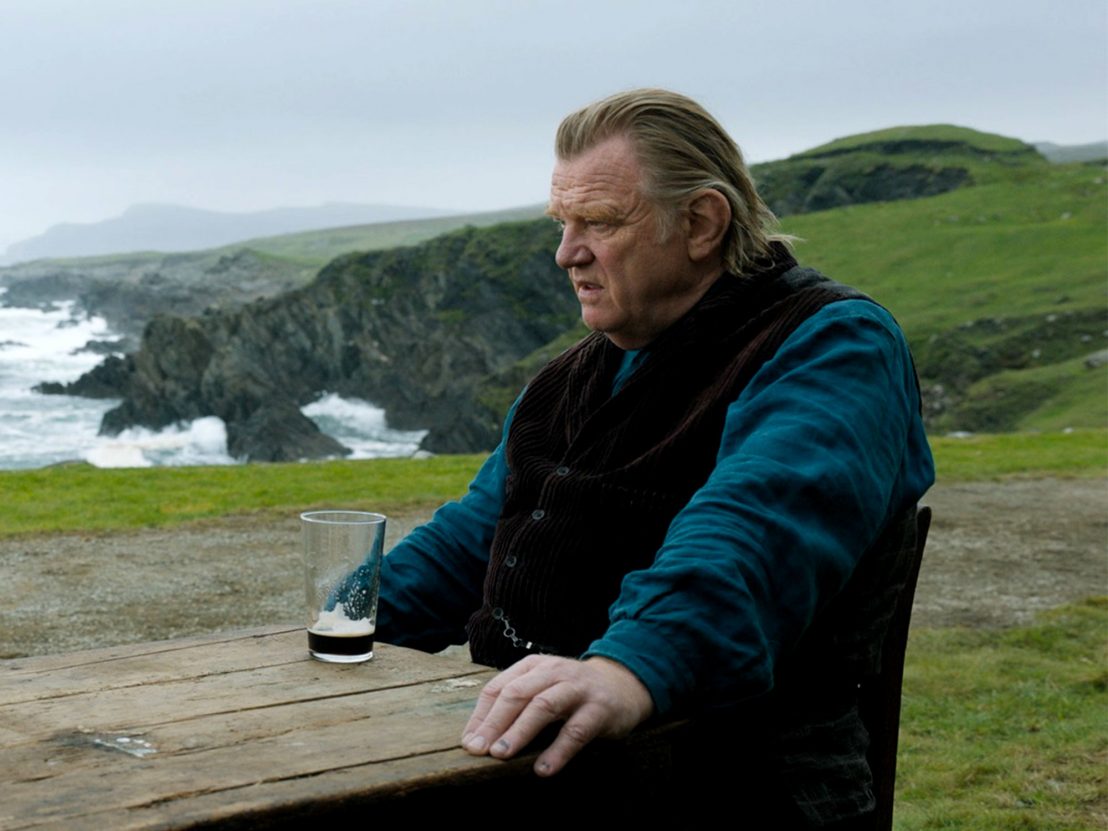 The Banshees of Inisherin – first-look review

Martin McDonagh reunites with Colin Farrell and Brendan Gleeson for a biting but charming examination of a disintegrating friendship against the backdrop of the Irish Civil War.

The end of a relationship is rarely smooth sailing, particularly when the decision is one made unilaterally. In 1923, on the remote – fictional – Irish island of Insherin, Pádraic (Colin Farrell) discovers this for himself when his best friend Colm (Brendan Gleeson) declares he no longer wants to associate with him, seemingly without reason. Pádraic is understandably confused, then angry, then sad, unable to parse Colm’s sudden change of heart. He attempts to reason with him, much to the chagrin of his sister Siobhán (Kerry Condon) who would rather Pádraic just tend to his animals instead.

Not content to spend his future hanging about with Jenny the Donkey and Dominic (Barry Keoghan), the lecherous son of the local constable, Pádraic continues to badger Colm. “I just don’t like yer no more,” Colm says bluntly, before vowing to cut off a finger on his fiddle-playing hand for every day that Pádraic continues to speak to him.

These stakes may seem a tiny bit lower than those of Martin McDonagh’s prior stage and screen work, which has focused on assassins, dognappers, racist cops, suicide and rape-murder, but The Banshees of Insherin certainly features his signature acerbic wit and acute observation of the intricacies of friendships. Reteaming with Colin Farrell and Brendan Gleeson – one of the all-time great on-screen pairings – McDonagh has crafted an intimate study of small-town dynamics and the bittersweet twilight of a long friendship, more focused than his critically-acclaimed but dicey Three Billboards Outside Ebbing, Missouri, and as his first film set in Ireland, it serves as an affectionate folktale about rural life and social pleasantries.

In a year that has seen Farrell deliver great performances in After Yang and The Batman, it’s McDonagh who provides his most entertaining role – Pádraic is an affable, simple chap, who likes a chat and a pint, and can’t fathom Colm’s sudden change of heart. An expressive performer, Farrell is able to communicate fathoms with just a movement of his eyebrows, or the brown-beaten way he walks along a country path. The sibling relationship between Pádraic and Siobhán is a sweet contrast between Pádraic and Colm’s antagonism, even as Siobhán considers leaving Insherin (for not dissimilar reasons to those Colm has for not wanting to be friends with Pádraic anymore). Barry Keoghan, as always, is a sparky agent of chaos, though tragedy lurks beneath Dominic’s chipper, occasionally pestering exterior.

After all, it’s not a McDonagh film without a little darkness, which exists in the form of the menacing island copper Peadar Kearney (Gary Lydon) and the ominous prophecies of Mrs. McCormick (Sheila Flitton). On the mainland, war rages between the Irish Free State and the Anty-Treaty IRA – Insherin sits at a comfortable remove, observing the fighting with mild interest, but the squabbles of the townsfolk aren’t so different. The promise of a better life might only be a short boat ride away, but there’s something in the familiarity of Insherin that Pádraic clings to. Colm’s termination of their friendship disrupts his understanding of the worldly order of things.

His melancholy is reflected in Ben Davis’ austere but breathtaking cinematography, reflecting the rugged beauty of Inishmore and Achill Island (where the film was shot) while Carter Burwell teams up with McDonagh again for a score that evokes In Bruges but with a Celtic influence that is underscored by Colm’s obsession with composing a new piece of music – now he’s no longer bogged down by Pádraic’s friendship. Its delicate blend of wryly observed humanity and thoughtful, understated visuals mean that the more dramatic beats hit harder. Even the occasional moments of gore feel shocking for the sparsity with which McDonagh chooses to deploy them.

It might be a smaller scale film than his last two Hollywood projects, but The Banshees of Insherin is a testament to McDonagh’s gift for dialogue and the infinitely watchable chemistry between Farrell and Gleeson – and speaks to the terrifying thought we’ve all had at one point or another: what if our friends secretly think we’re dreadful dullards and only hang around out of pity? At least for Pádraic, he has a very charismatic miniature donkey (“pony” he insists) to comfort him.