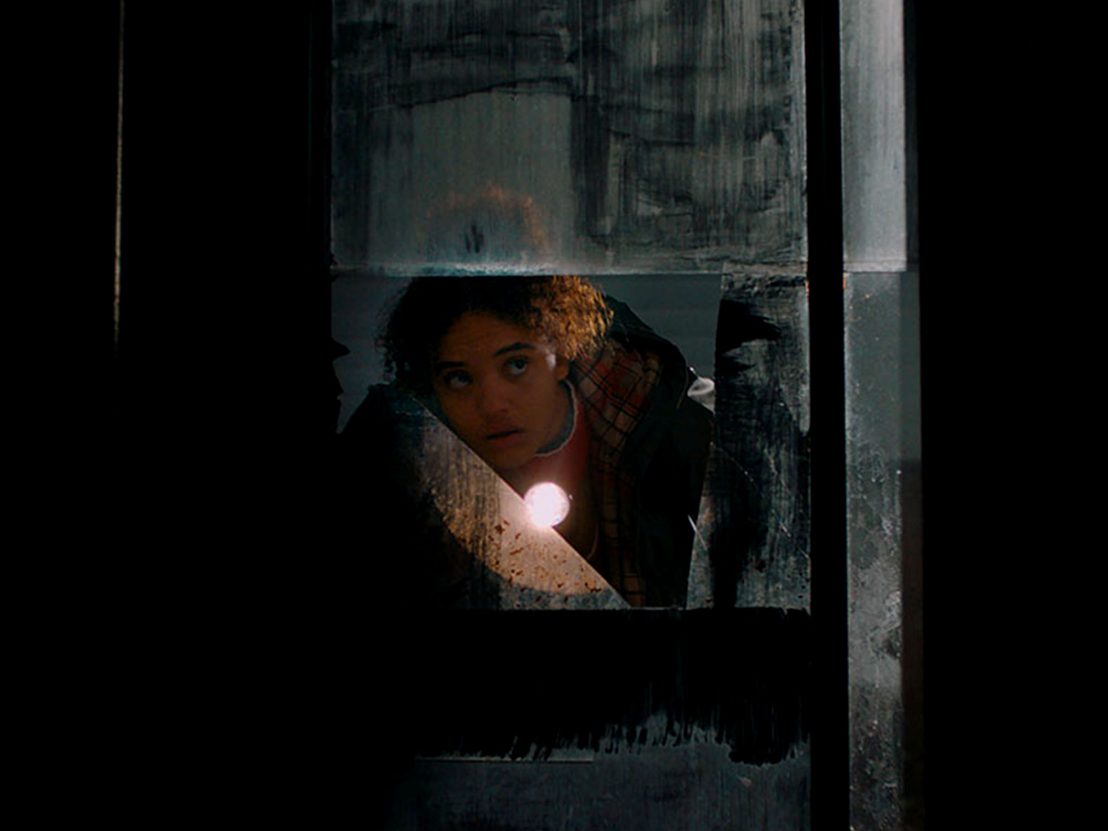 Sophie Kargman attempts to expand her 2020 short film into a feature-length picture, with mixed results.

Midway through the world premiere screening of Susie Searches, I sat as hot, electric colors slashed across the screen, as zany, canned sound effects erupted from the speakers, and as lines with clear comic intent left the mouths of characters and seemed to freeze mid-air, shiver, and falter over a silent, stone-faced audience. And I wondered — what is going on?

Susie Searches is the feature debut of Los Angeles-based actress, writer, and director Sophie Kargman. In 2020, Kargman co-wrote (with William Day Frank) and directed a short version of this feature. The primary difference here is Kargman swapping herself out as the lead actress for Kiersey Clemons, whose star-making opportunity has eluded her since her promising breakout in 2015’s Dope. Now, we know why.

As you might expect of a film with a character’s name in the title, Susie Searches is all about Susie Wallis, a bright college student whose compulsive meticulousness and true crime obsession have left her friendless. She has a dead end job at a grease pit called Burger Bonanza and her mom is one of those sad mothers in films about women and girls — silent, sick, and confined to the bed. Nevertheless, Susie is optimistic about her future. After all, she has the two things needed by every character descendant from that great forbearer of cinematic gifted children, Tracy Flick: a passion project and an upstart work ethic.

Susie hosts, produces, and exhaustively researches a true crime podcast called “Susie Searches,” and she’s determined to boost its reach. Even if that means kidnapping her TikTok meditation guru classmate Jesse Wilcox (Alex Wolff), and then rescuing him on tape. It goes where you think it will go from there — she gets kind of famous and likes it, but also gets anxious. Someone finds out, she accidentally kills them, the tension mounts, she can’t bear it. Her hubris, her naïvete, her comeuppance—culminating in the final shot!

Kargman employs a lot of bells and whistles — a poppy color palette, animated embellishments, constant voiceover, inventive cut sequences — and they clang and gong loudly. Yet Susie Searches is still, curiously, a downbeat and even melancholic film. In fact all the aesthetic reverie comes to seem an attempted cover, or even apology for a film that can barely force its painted-on grin.

The problem begins with Clemons. A film like Susie Searches demands a star turn, high voltage, explosively quirky nerdery and histrionics. Think Flick, Nicole Kidman in To Die For, or either lead in Agnieszka Smoczynska’s recent The Silent Twins. Clemons is mute, blank, inexpressive, bored, taciturn, seeming even resentful of being there.

Wolff clearly dislikes the type of zoomer he’s portraying, delivering a good deal of his lines with embarrassed insecurity. The film is not a failure in toto, but its failure to launch can only be credited to Kargman. The edit is the film’s most disastrous component, frequently cutting away from critical reactions and lingering too long on silence, stillness, and useless moments of transition.

Kargman knew what type of movie she wanted to make, and she more or less made one. All the parts are there, yet the intrepid detective still struggles to understand how they connect.