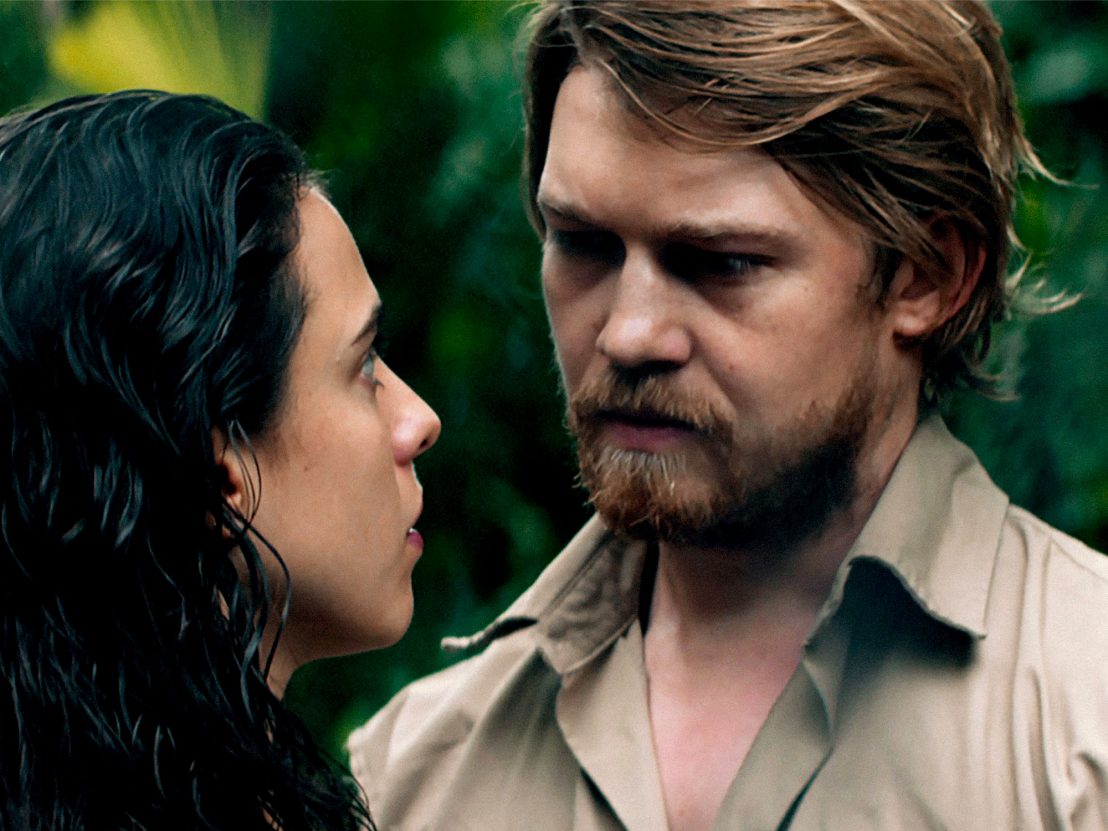 Claire Denis adapts Denis Johnson’s 1986 novel about love in a time of revolution – with fascinating, if not entirely successful, results.

There’s something about the cinema of Claire Denis that’s so immediate and primal that it’s hard to imagine her wanting to mount a lavish English-language period feature adapted from a piece of high-end literary pulp. Her interest in the landscape of the body, the tactile potential of flesh and skin (particularly when two bodies connect) and the psychology of love, has always yielded results that range from the sublime to the transcendent – all across an oeuvre in which she has seldom if ever missed.

There’s a common rotation, too, for how press and critics process her work, often baffled and repelled at the initial festival screening, and then later, understanding and recognition is gradually drawn out until the film is finally placed within her unique cinematic project.

Her new one, The Stars at Noon, is something of a stress test for all these provisos, as it sees the sensually-inclined maestro upping sticks to Panama – which acts as a stand in for Nicaragua – for this screen rendering of Denis Johnson’s lauded 1986 novel that charts a torrid, politically-charged love affair at a time of revolution.

One imagines to save on spiralling production costs, the book has been stripped back to its core narrative and roughly updated to present day, as the Sandenista / Contra conflict of ’70s and ’80s is replaced by more generic political schisms and is set during the time of a (if not the) Covid pandemic. It’s easy to imagine a studio hack refusing to step off the plane for less than $50, $60 million to make a proper version of this novel, yet it’s clear here that Denis is making the film she’s able to make with the budget provided.

With her abiding interesting in the interpersonal tensions of colonial rule coupled with the erotically-charged nature of the novel, it’s easy to see why Denis would be interested in this material. And, for her, it’s a very faithful adaptation, following Margaret Qualley’s nymphette press attaché Trish Johnson who chugs rum while sleeping around with various military officials and local politicians in order to retain her press credentials. If anything, it might be considered too faithful, as there’s much more of a focus on plot than is customary for her films, and the drifting atmospherics of yore have been replaced by a narrative structure that is disarmingly rigorous.

Qualley is game and is fully open to the requirements of her character, as she spends much of the film in a state of skimpy undress, dappled head to toe in sweat and attempting to exude confidence beyond her years. Her performance does the job, but is perhaps a little too self-conscious and emotionally forthright to really hit home, and she too often comes across like a sharp-tongued twentysomething backpacker trying her luck in foreign climes than a femme fatale dancing between the shadows of imminent danger. Joe Alwyn, as the smoky-voiced Brit who falls in with Trish, is too young to convince as a high-ranking member of an Oil conglomerate looking to destabilise the region.

And yet, the film still somehow works as an ultra-sincere lip-quivering piece of semi-softcore (think Zalman King’s VHS classic, Wild Orchid, with Mickey Rourke and Carré Otis) whose central dynamic is shaped by the shifting sands of political upheaval. The chemistry between Trish and Daniel is potent enough to maintain interest, even if it lacks for the earth-shattering gravity of the most successful screen romances.

There are some Denis staples, such as a jazz-tinged Tindersticks score, a doleful mid-point dance sequence, and many closes-ups of gyrating naked bodies wrapped in embrace. Even so, it does feel like something of an outlier in Denis’ back catalogue, with artifice trumping atmospherics to an extent where it appears as if she may have consciously been attempting something very different this one. Even though this one didn’t quite land on first viewing, I can’t wait to see it again outside the hyperbolic landscape of the festival circuit.