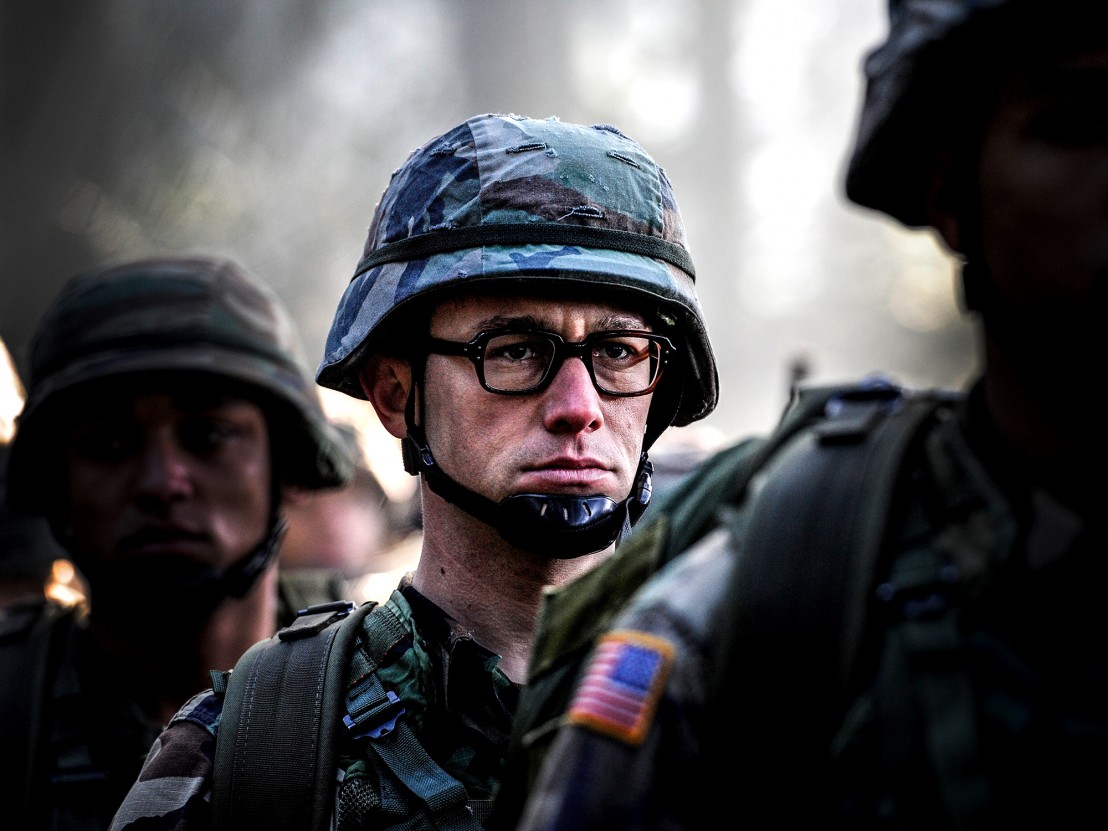 For anyone who has seen Laura Poitras’ CITIZENFOUR, which documented the all but real-time release of whistleblower Edward Snowden’s revelations about the NSA, Oliver Stone’s Snowden will likely prove frustrating. From its opening scene, the film willingly exposes itself to unfavourable comparison by opting to start at the exact same time and place as the critically acclaimed documentary.

What made Poitras’ documentary so compelling was the contrast between the quiet of Snowden’s Hong Kong hotel room – the film’s sole location – and the dramatic implications of his actions for the outside world. That tension is completely lost here thanks to the grotesque over-dramatisation forced onto the events and characters.

Constructed as a series of flashbacks showing Snowden (Joseph Gordon-Levitt) relating information to journalists in his hotel room, the film packs many details of the man’s real life story in its 134-minute runtime. But perhaps because of the vastness of that scope, it also limits itself to a small set of characters, creating a bubble which often feels disconnected from reality. Despite being earnest, well shot and boasting a riveting soundtrack, the film fails to communicate the magnitude of the whistleblower’s actions and discoveries.

That disconnect feels especially strong at the end of the film. In a stirring epilogue, Snowden, now a public figure, repeatedly mentions that power now belongs to “the people” – a burst of patriotism that seems insincere for a man portrayed as a socially awkward recluse. It’s as though Stone deemed the story not worth telling if there was any ambiguity about Snowden’s dedication to America and its citizens.

Elsewhere, Rhys Ifans’ CIA scout is portrayed as a purely evil, morally corrupt man, while Melissa Leo’s low-key turn as Laura Poitras is by contrast realistic and humane, as is Ben Schnetzer’s performance as a friendly coworker of Snowden’s. But the real winner here is Joseph Gordon-Levitt. Not providing a performance so much as an impersonation, his genuinely impressive resemblance to the naturally restrained man works in his favour and grounds the film in a more plausible version of reality.

Yet although Gordon-Levitt presence helps to keep us invested in the story, you’ll be left wondering how this dull, overlong film might have turned out in the hands of a less bombastic filmmaker. The appearance of the real Edward Snowden, playing himself at the end of the film, is the cherry on a cake of misguidedness and pomposity. What should be an elegant, awe-inspiring, grounding moment instead comes off as triumphalist and silly. 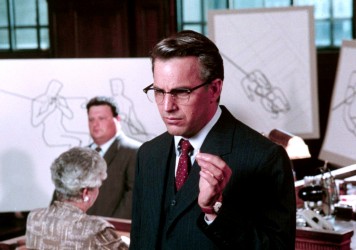