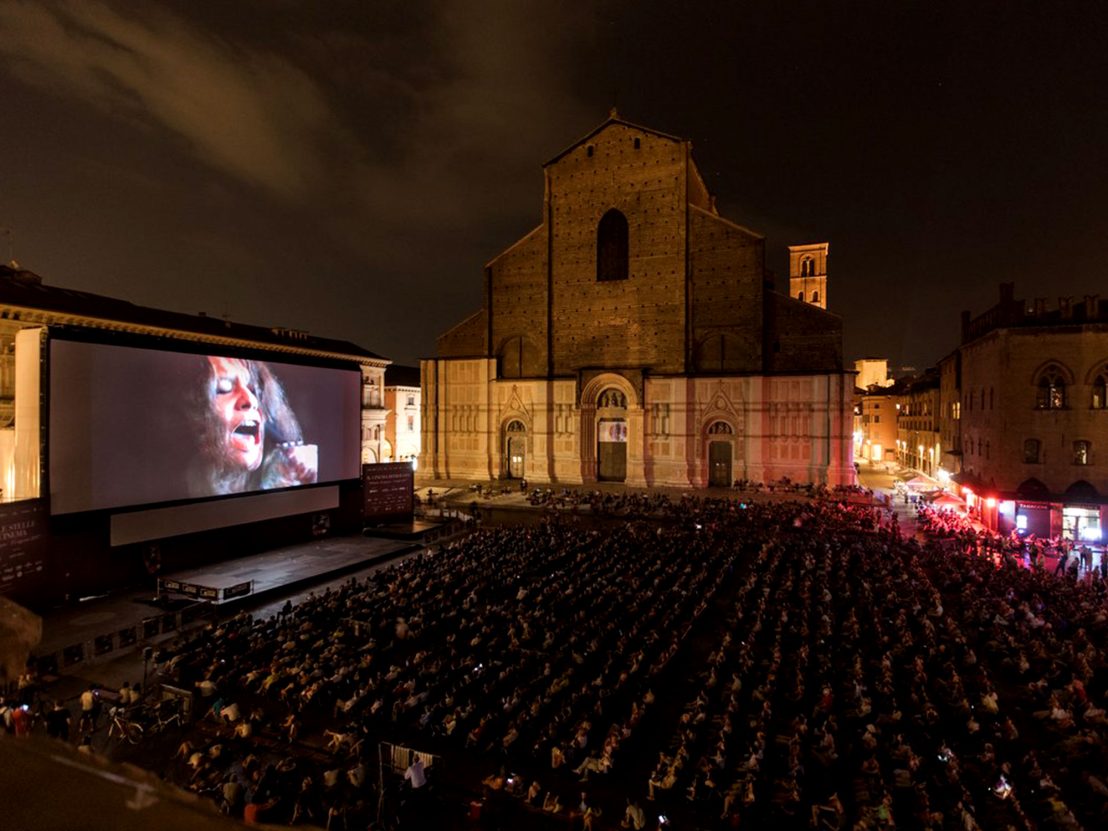 Whether you get your old movie fix in repertory screenings or on Blu-ray, the source of those pleasures can often be traced to one place and time. For a little over a week each summer, Bologna, Italy hosts a massive film festival devoted to vintage cinema. The films shown at Il Cinema Ritrovato (‘cinema rediscovered’) are hugely diverse, and many of gems featured here will make their way on to discs and screens elsewhere in the world, eventually. However, there’s little to rival the enjoyment of spending eight days immersed in the cinematic past, revisiting old favourites and making new discoveries. As photographer and filmmaker Bruce Weber put it this year: “Il Cinema Ritrovato is not only about living the past, but also looking at the future.”

Il Cinema Ritrovato is a large, friendly festival, with an estimated 100,000 attendees for its 31st instalment, which took place in several venues across one corner of the city: the screening rooms, auditorium and courtyard of the Cineteca di Bologna, and two large theatres nearby, as well as the city’s main square, the majestic Piazza Maggiore, where films are screened after sunset to huge crowds of locals, tourists and festivalgoers. The screenings run all day, and are supported by lectures, interviews and panels, meaning that serious cinephiles are unlikely to return from Italy with a suntan.

There are several strands at the festival, each devoted to genres, years, directors, studios and stars, but roughly the films show fall into three categories. First, there are new restorations of classic films, such as the Criterion Collection’s superb 4K restoration of DA Pennebaker’s classic music festival documentary Monterey Pop, which rocked the Piazza Maggiore one night.

If Bologna residents used to seeing gangsters and cowboys on the big screen were surprised to encounter Janis Joplin’s sublime wails of passion or Jimi Hendrix cremating his guitar, they took it in their stride. Pennebaker himself was on stage to discuss the making of the film, which, in a nod to the festival’s omnivorous spirit, was preceded by a selection of actuality films shot by the Lumière company in 1897, introduced by Cannes director Thierry Frémaux. That the feature, originally shot on 16mm, looked so vibrant and crisp may not have been the most rock ’n’ roll of its attractions, but it didn’t hurt.

The joy of these events is seeing the films at their best with an appreciative crowd, though, rather than scrutinising the image quality. Other new restorations gracing the screen ranged from the original Scarface to The Night of the Living Dead and The Bird with the Crystal Plumage (introduced by director Dario Argento) – and you don’t need to be versed in the intricacies of digital restoration to enjoy any of those titles.

The second set of films showing in the festival is a much broader group. The thematic sections of the programme range from the familiar to the opaque:  Hollywood star Robert Mitchum, say, to the forgotten “Tehran Noir” thrillers made by Iranian-Armenian director Samuel Khachikian. This is where your Cinema Ritrovato pass can send you down a rabbit hole. I was already set on rewatching Augusto Genina’s haunting Prix de Beauté starring silent movie icon Louise Brooks, but I had never seen any of his other work. Now, thanks to a Ritrovato strand, I’ve seen seven of his films (I saw a total of 34 features in six days and many more shorts) and I am a card-carrying fanatic.

The programming in Bologna offers new discoveries even from more familiar names. The Mitchum strand for example, included curios such as Vincente Minnelli’s Home from the Hill as well as the classic noir Out of the Past. Marlene Dietrich appeared in two strands, starring in both a German silent comedy and a Hollywood sound western. And director Frank Borzage turned up in three separate sections: stunning western Until They Get Me was in the programme of films made a century ago, and his sentimental marital drama Secrets was one of the new restorations on show. Borzage’s Depression-era classic Little Man, What Now? was part of the hugely popular strand of little-seen Universal films from the pre-code era, and so played to a packed crowd.

The earlier Borzage films, like most of the silents at the festival, were presented with live music. Open-air screenings in the Piazza Maggiore of Battleship Potemkin and Steamboat Bill, Jr were supported by an orchestra, and a small ensemble presented new music for comedy The Patsy in the same space. The third skein running through the festival is this commitment to authenticity, to creating these special moments of pure cinephile pleasure. Live music is one way of achieving that, but even for those who don’t consider themselves format fetishists, Ritrovato’s faith in 35mm feels like a luxury.

Many of the titles are shown on film, among them such treasures as vintage prints of Rancho Notorious and Magnificent Obsession, where the vividness and depth of the Technicolor outshone any surface scratches and blotches. There are even vintage projectors in use, with the screenings in the Cineteca courtyard employing a carbon arc lamp model, which fizzes and sparks before whirring into action (remember the opening scene of Persona? That).

Happily, many of the delegates at Il Cinema Ritrovato will return to their day jobs inspired to programme or distribute some of the films they have seen, to share more widely the treasures on display in Bologna. For the rest of us, a week immersed in cinema’s history provides memories and inspiration that will last at least until next year’s festival.

For more info on this year’s festival visit festival.ilcinemaritrovato.it