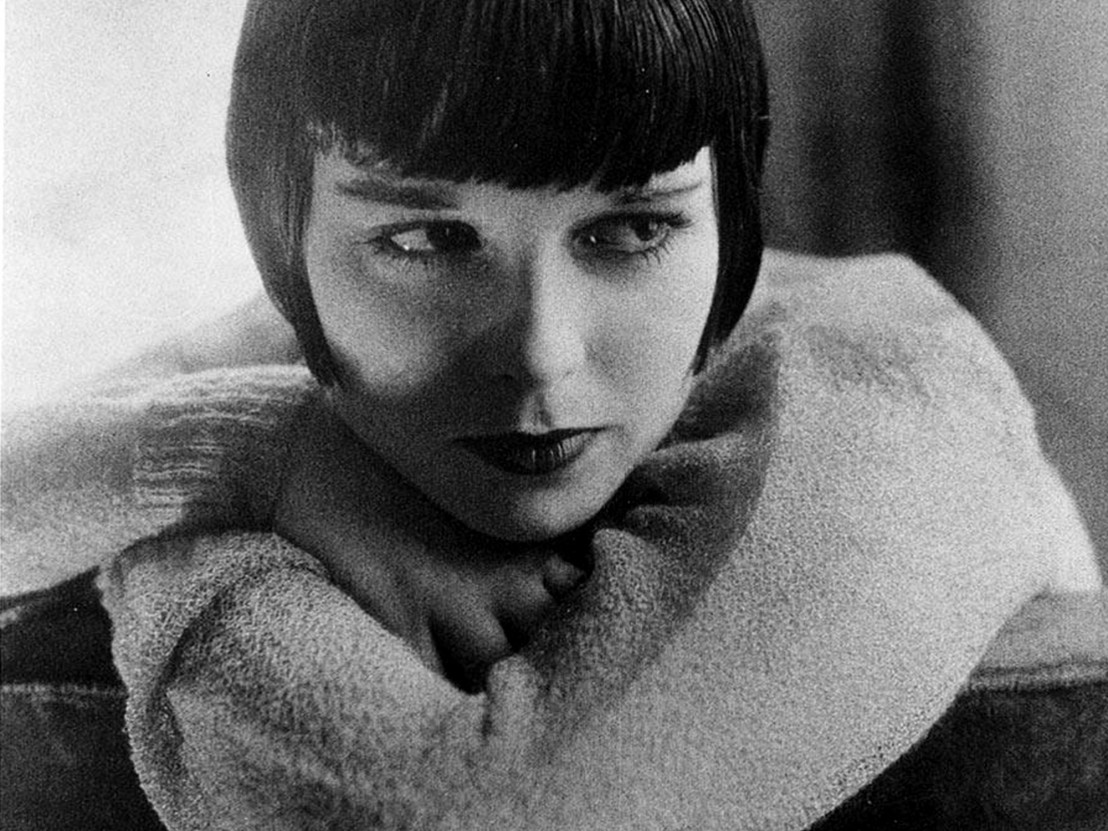 Nobody went to war like Louise Brooks did, the woman whose Hollywood rebellion lasted for decades. The actress is now celebrated for her sexy, Jazz Age style, her bravura performances in a few unforgettable silent films, and her frank, perceptive writing on the cinema. But as far as Hollywood was concerned, she never quite made it. In the eyes of the executives, she was a chorus girl, a starlet, an exile and a has-been, in that order. Now, the adoration of cinephiles has made Brooks something bigger than a star, but 110 years after she was born in Cherryvale, Kansas, her robust battle against the studio system is still remarkable.

It is not too wild a leap to suggest that the seeds of Brooks’ adult disobedience were sown in her largely unsupervised childhood. Showing a precocious talent for dancing, Brooks earned a place in the avant-garde Denishawn troupe as a teenager, and when the company arrived in New York, she embraced big city life, ditching her “hick” accent, and sharpening her bob haircut into that famous “black helmet” with its uncompromising lines. Thrown out of the troupe for breaking decorum, Brooks turned to Broadway. By the time a couple of film studios took notice in 1925, she was a 19-year-old chorus girl with a reputation for partying, and a string of high-profile lovers including Charlie Chaplin; or as her first interview in Photoplay magazine styled it: “one of the decorative daughters of the New York night life.”

That Photoplay interview, from April 1926, hints at naughtiness it can’t name with the strap line, ‘Certainly it’s true that a chorus girl learns a lot about acting’. More innuendo: Brooks was laying in bed in her Park Avenue apartment because “she had been up earlier horseback riding,” and a picture of her in a leotard reveals “several of the reasons that have figured in her success.” The piece opens with Brooks, who would become known for reading Schopenhauer on set, making a pretentious statement about art, but the reporter, Ruth Waterbury, shuts her down, saying: “Be yourself”. For Hollywood, Brooks’ sex appeal, rather than her intellect, was all that was required. 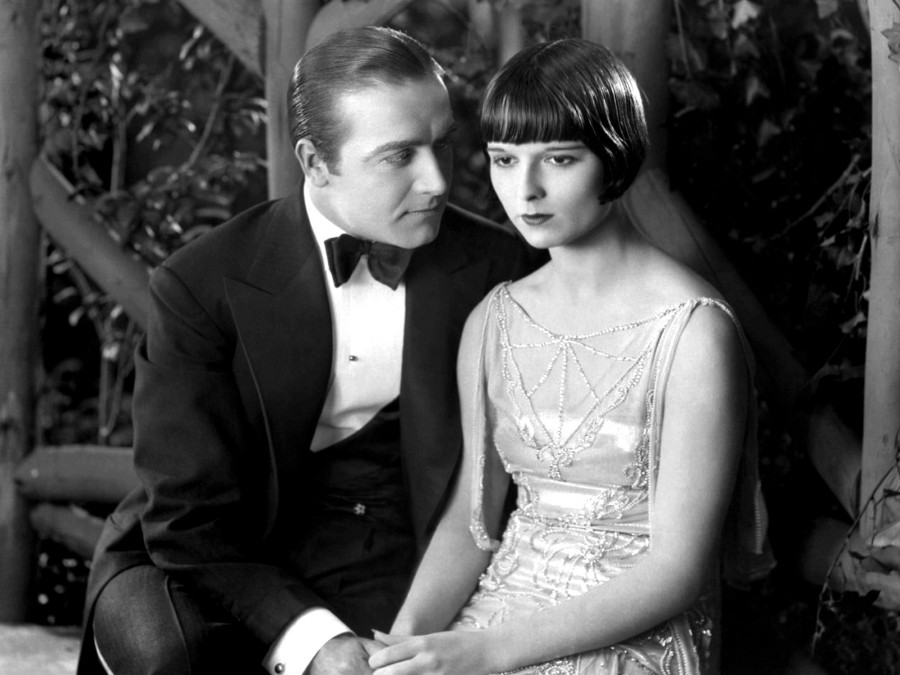 Brooks started work for Paramount at the east coast studios, keeping up that semi-scandalous lifestyle. Even when she married film director Eddie Sutherland and his work took him to Hollywood, she stayed behind for as long as she could resist the studio pressure. The most revealing moment in that Photoplay interview is her “declaration of war”. Brooks announces casually that although she has been slated to appear in another WC Fields picture she has no intention of doing so: “I don’t want to play a part where I race around a funny man all the time. And I won’t.”

On this occasion, the studio won and Brooks appeared in the film after all, but a pattern of behaviour was set. As she told Kevin Brownlow: “I was always late, but just too damn stunning for them to fire me.” For Brooks, self-determination trumped celebrity. She never took an order as a command if she could help it, especially not from BP Schulberg at Paramount, whom she hated until the end of her life. She told Waterbury she would like a career like Gloria Swanson’s, but it was not the older woman’s stardom she admired, but her moxie: “She has gone ahead and got just what she wanted.” From speaking her mind to magazines to her casual attitude to her marriage to Sutherland, Brooks refused to play the Hollywood game. Although she was electric on screen, Brooks was rarely granted a leading role, playing bad girls and sisters instead. She was passed over for roles that could have suited her, most obviously the lead in Showgirl, an adaptation of the Dixie Dugan comic strip that had been modelled on her in her Broadway days, gleaming black bob and all.

Even after she had excelled as the romantic lead in William Wellman’s Beggars of Life, a part that required dressing in drag and enduring a remote shoot with a boorish all-male cast and crew, Paramount refused to raise her wages at contract-renewal time. So she skipped town to Berlin to make the first of two brilliant, career-defining films with a director she had never heard of, GW Pabst. The first was Pandora’s Box and the second was Diary of a Lost Girl, in both Brooks plays mutinous and hedonistic young women, abused by older men. She has the lead role, and she dazzles, proving exactly what Hollywood was missing out on – although censorship meant no one in America would see the films in their proper state.

Her Hollywood bridges were almost all burned when she refused to return to dub dialogue on her final Paramount movie (Schulberg spread the rumour that her voice was unsuitable), but in the 1930s she did brave a final stint with the studios. The story was the same: missing out on the big roles, she was reduced to blink-and-miss-it “eye candy” instead. Brooks’ wilderness period followed: a return to Kansas and some lost years in New York. But in the 1950s, her European films were rediscovered by critics and she was revered, finally, as an actress. At the end of that decade, when she was beginning her new career as a writer and cinematic celebrity, Brooks tackled the studio system in an astringent essay for Sight & Sound magazine.

“Gish and Garbo: the executive war on stars” is Brooks’ revenge on the studio bosses who demanded a deference she was incapable of, and the magazines (Photoplay in particular) who did their bidding. Her provocative analysis details the deliberate mishandling of her contemporaries’ careers, at a time when studios were beginning to fear that stars, not studios, were the ones who captured the audience’s hearts. When female stars became too powerful, they were sidelined for new, younger, more biddable starlets – the type Brooks instinctively resisted becoming. The result, according to Brooks? “Hollywood producers were left with their babes and a backwash of old-men stars, watching the lights go out in one picture house after another across the country.” Three decades after her argument with Hollywood began, Brooks claimed the final word.

Pamela Hutchinson is the author of a forthcoming BFI Film Classic on Pandora’s Box.