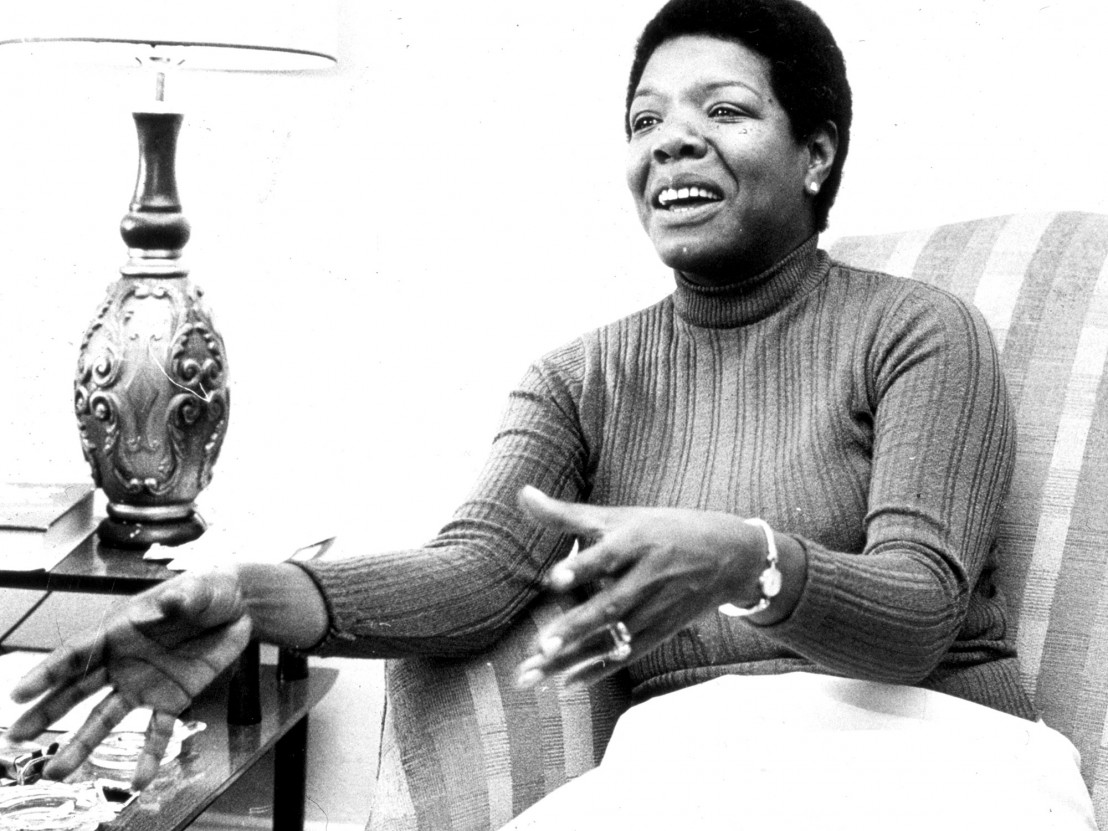 Poet, singer, actress, activist and author, Maya Angelou casts a vast shadow over half a century of American history. From her dirt-poor beginnings in the segregated south – between her mother in St Louis, Missouri and her grandmother in Stamps, Arkansas – to an adult life lived in the public eye, and made all the more colourful by a lively private one, Ms Angelou remains an inspirational tour de force for generations of Americans.

While the film itself – billed as the first comprehensive look at her life – rarely strays from the traditional TV documentary format, it explores her remarkable life and career with a clear sense of purpose, even flair. Take, for instance, her historic reading at Bill Clinton’s 1993 inauguration, which the former president admits will be read “a hundred years from now” in schools and colleagues across the nation. It is relived here via several sources and devices, which perfectly makes the point. Some additional, cinematic flourishes would have taken the idea even further.

As an inherently American story, the film must also – perhaps inevitably – remind us of the shameful history of slavery, previously referenced in her work. We see the grim gaols where African-American slaves were held in Ghana (where Angelou lived in the mid-’60s), prior to them being sold. It is one of many sobering moments in a film that also highlights her activism with Malcolm X and Martin Luther King, Jr (whom, she points out, was horrifically murdered on her birthday).

Directors Bob Hercules and Rita Coburn Whack (a former radio producer of Angelou’s) have evidently worked closely with both Angelou and her estate since her passing in 2014, aged 86. The lady herself is interviewed on several occasions in more recent times, and there is plenty of vibrant archive footage – both rare and unseen – which helps keep the piece feeling vital, even as Angelou’s health visibly declines. Many of her ordeals have been revealed via her memoirs over the years – beginning as a dare to an editor, with her 1969 best-seller ‘I Know Why the Caged Bird Sings’ (six more followed). These include almost losing her son in a car accident in Ghana, being an absent mother while on tour with Porgy and Bess, her rape at aged seven (by her mother’s boyfriend) and becoming a prostitute at 18. With such a brutally honest subject and source material, Angelou’s story is both shocking and inspiring.

Typically, even in later life, she still had plenty of fire in her belly. She duetted with Ashford and Simpson, featured in John Singleton’s Poetic Justice, and even rapped with hip-hop star Common – while not afraid to set the latter straight on the misuse of the N word, a demeaning term that she loathed with a passion. Nor did she blink at correcting a young audience member who made the mistake of addressing her by her first name. She even confesses in one of her final interviews to reducing a foul-mouthed Tupac to a blubbering mess. And America loves her for it.

There are naturally talking heads to emphasise Angelou’s legacy in American popular culture, although not too many. Both Bill and Hilary feature. Oprah appears later on. Friends, including her publisher and her editor, also offer insight. Her son is emotionally frank, often tearful.

Ultimately, though, it is Angelou herself who tells much of her own story, as she did so eloquently on paper. With that formidable diction (helped by her towering six-foot frame), her voice remains a beacon of strength, as we are guided through the highs and lows of a bold and often treacherous life lived to the full right to the end.