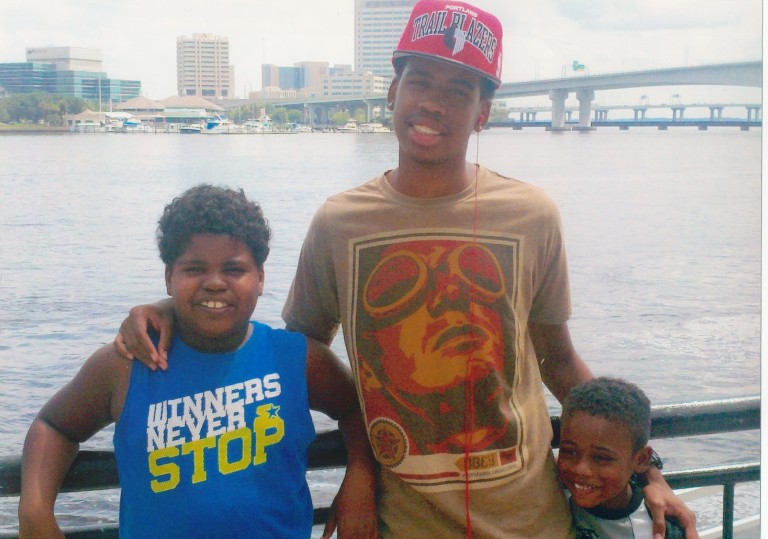 The time is ripe for reflecting on why unarmed black men are being murdered across America...

Access to the courtroom results in an objective indictment of the cold hard facts.

A report – not a reflection – that could’ve benefitted from more authored storytelling.

Jordan Davis and three of his friends were sat in a parked car at a petrol station. As Davis’ father states, “It wasn’t a bad neighbourhood, he was five minutes from home, and it wasn’t late at night – it was 7.45pm.” The boys were listening to rap music, loudly – much to the chagrin of Michael Dunn, the white middle-aged man parked next to them. Dunn asked the boys to turn “that rap crap” down. Davis objected. Dunn pulled out a gun and fired 10 bullets at the car before driving off, killing Davis.

Dunn was tried and eventually convicted in a case that came to be known as ‘The Loud Music Trial’. Director Marc Silver was granted access to the court chambers during the trial and – amazingly – was given permission to film all but the jury from the back of the room. Footage from the trial is interspersed with that of Dunn’s initial police interrogation, as well as prison phone recordings between Dunn and his girlfriend Rhonda Rouer, and interviews with Davis’ friends and family.

It’s hard not to be moved by Davis’ parents, choking back silent tears while they revisit home video footage of their son. His friends and girlfriend are similarly sympathetic figures; Silver captures the boys playing basketball in their leafy suburb, while the courtroom tape presents Davis’ girlfriend as a heartbreaking picture of poise and restraint – pretty, polished and polite, all, “Yes, ma’am, no ma’am.”

Silver does well to paint a picture of Davis’ community, though less so of Davis himself. On one hand, it’s important to challenge Dunn’s assumption that Davis was “a gangster rapper”. Yet, there is a sense that Davis’ middle-class status is being played upon, leaving us wondering – and worrying – if a less relatable ‘character’ would lend themselves to such smooth storytelling.

“On TV, they always talk about ‘motive’. What’s my fuckin’ motive?,” Dunn snorts, claiming he shot Davis in an act of self-defence, not murder. While the media maelstrom around the ever-contentious ‘Stand Your Ground’ law is touched on, the film resists the urge to dig too deeply into the ingrained prejudices that led Dunn to pull the trigger. Silver doesn’t situate Davis’ death into the wider cultural context, despite the trial unfolding around the same time as the shooting of Michael Brown in Ferguson, Missouri. Perhaps, in this sense, the opportunity to say something more potent and timely is missed.

Documentaries are living texts, commentaries angled towards some kernel of truth. Troublingly, there seems to be a tendency for films like this one to treat themselves as ‘objective’ documents to be filed away. Silver tells the story as he sees it, presenting the facts rather than investigating them, which, for better or worse, enables him to maintain a tone of calm composure throughout. Cleanly presented and crisply framed, each image is shot with a respectfully detached gaze, from the talking heads to the twisting Floridian highways shot at golden hour. Sadly, this means that Silver’s treatment of the case feels overly forensic and ultimately too trusting that the facts will speak for themselves.

The time is ripe for reflecting on why unarmed black men are being murdered across America...

Access to the courtroom results in an objective indictment of the cold hard facts.

A report – not a reflection – that could’ve benefitted from more authored storytelling.