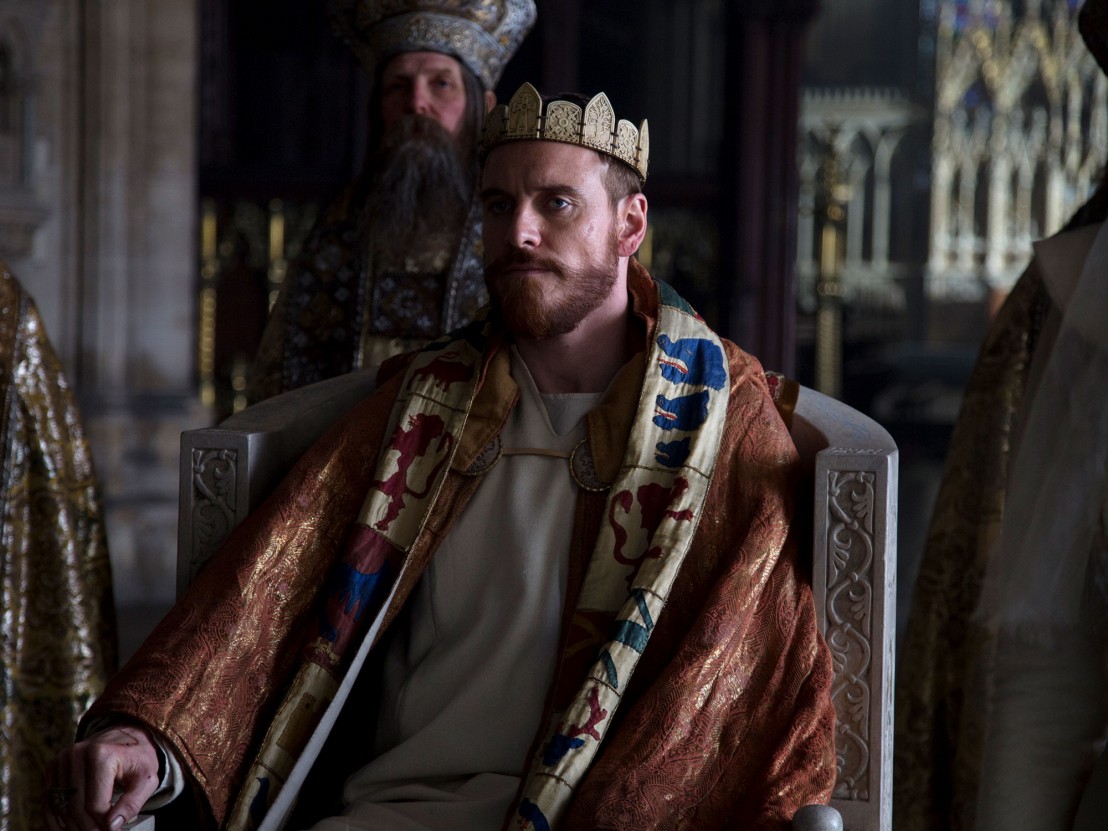 Behold vile portents! A sign of things to come can be spied in the typography to the opening credits of Justin Kurzel’s historical realist, Ridley Scottified big screen punt at The Scottish Play, with small red serif characters clustered tightly on to a black backdrop. You know just from the impact with which those letters abruptly emerge onto the screen that happy/fun times do not lay ahead. It’s a horrorshow invite, make no mistake. And yet, perhaps the main problem with this new adaptation is that it’s never as nasty, agonising, blood-flecked and operatically despairing as this macabre opening gambit might suggest.

Nor, indeed, does it hold a gore torch to Roman Polanski’s 1971 take with Jon Finch, a film for which its producer Hugh Hefner clearly encouraged torrid excess at every grisly turn. And Kurzel does have form in this area: his previous feature, Snowtown, boasted scenes of smashed kangaroo entrails being dumped on front porches as a neat way to terrorise the neighbours. And like this film, this is another examination into the magnetic lure of violence as a way to transcend ones’s meagre social standing.

His new Macbeth, though, is something of a pre-watershed deal. Sure there’s violence, but its impact has been muted, hidden, tucked under the seams. We won’t state exactly, but a major amendment has been made to the play’s climax, and it won’t only cause Shakespeare scholars to gag on their Merlot.

Kurzel’s strategy for this film is stripping the story of any pretence of theatricality, and retooling it as a bleak, kitchen-sink vision of a paranoiac’s bungled regal power-grab. When we first see the Weird Sisters on the field of battle, they intone their lines in a haunting amateurish monotone, like they’re toying with the iconic poetics of the words.

You don’t, however, hire Michael Fassbender and Marion Cotillard in the slender hope they’ll dial things back at the service of some half-hearted post-modern vision. They duly gnaw the scenery hard, their performances arriving wreathed in cosmetic blood and spittle. Highlights include Fassbender’s regular guttural additions to the text, including a giant “woop!” when returning from his second visit to the sisters.

You get the sense that – aside from the naturalistic performances – Kurzel wanted to make something that was a tad more expressionistic, but eventually felt beholden to the hallowed text. As such, the dynamism and the poetry of the dialogue never truly seeps from the screen, and you’re left with a bunch of actors intoning lines you don’t really believe they understand, which in turn undermines the overtures towards this mud-caked realism. Two lengthy soliloquies are filmed in long takes which ends up being a triumph of hollow technical bravura over actual transmitting of the meaty ideas that unequivocally jut out from this most ripe of texts.

Another strange and possibly foolhardy tactic is that Kurzel, by adding a brief prologue, has attempted to supply a rational context to the severe actions of Macbeth and his Lady. As they stand weeping by the partially-decaying corpse of a child (assumed to be theirs), the inference is that the madness to come is the result of grief and a further affront to Macbeth’s manliness. It also serves to soften them as characters, and why anyone would ever want to do that defies all logic. Deducing the mysterious root cause of their unalloyed lunacy is all part of the fun.

Finally, what prevents Macbeth from heading directly into the pantheon of great Shakespeare adaptations is the feeling that it has been too abridged. It’s so beautifully put together, its themes so terrifyingly grandiose, its world so painstakingly sculpted, that it’s a film you could easily – easily! – have sat with for another hour at the very least. There are no beats between the plot points. There’s no sense of a developing mania. The connecting tissue between the moments of high import have been sliced back until all you have is a tightly-packed procession of famous set-pieces. Only in the final moments does Kurzel allow himself a little room to play, though it’s too little, too late.