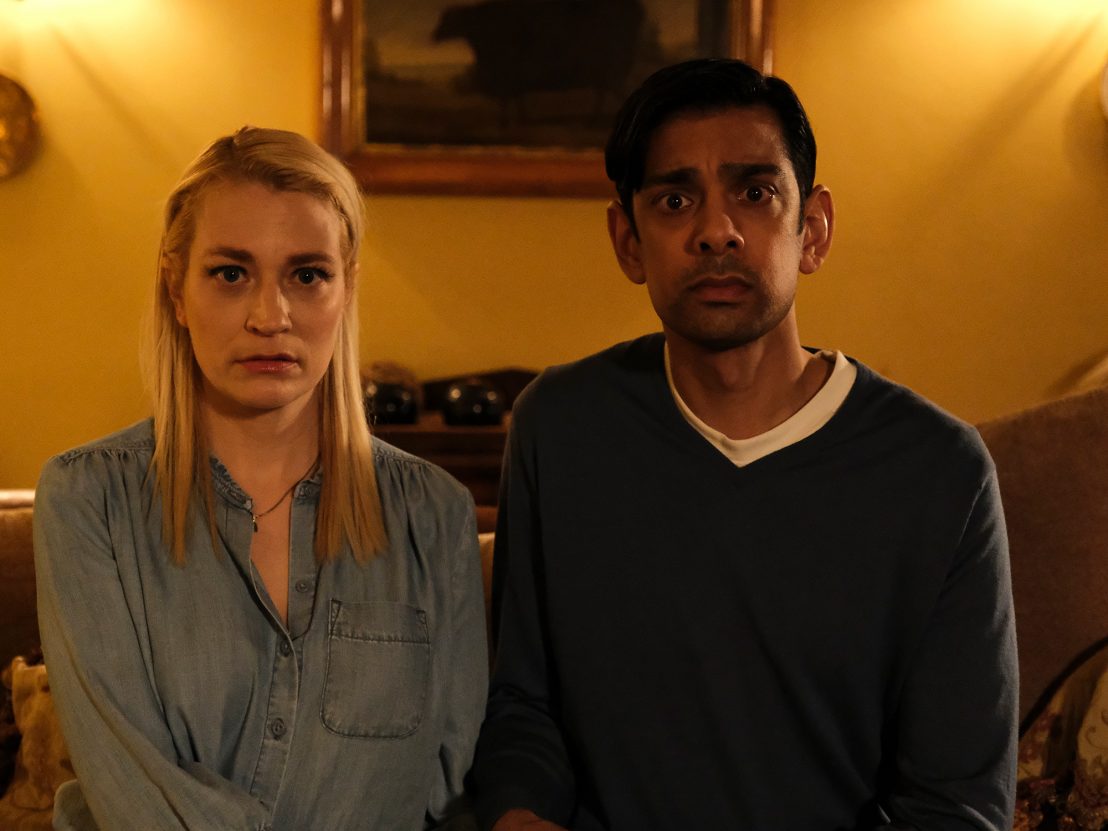 Actor Neil Maskell makes his debut as a filmmaker with this spiky thriller.

When a familiar actor switches to directing, there is the temptation to look for parallels with the films of directors they’ve worked with, particularly when there have been numerous collaborations. With British character actor favourite Neil Maskell, his debut feature as writer and director actively invites comparisons to Ben Wheatley’s early work to a small extent, given that Wheatley has an executive producer credit (Maskell is perhaps best known for his breakthrough lead role in Wheatley’s hitman horror Kill List).

But while Klokkenluider features a similar tension to Wheatley’s films in its combination of bleak comedy, deceptively mundane settings and the potential for kneejerk violence, Maskell’s speedy film displays a distinctive, eccentric voice of its own, even while bearing clear DNA from the likes of Harold Pinter plays and conspiracy thriller classics. Were it not for the occasional detours to other locales, it would near enough be a chamber piece, and it’s easy to imagine this material being transferred to the stage with some success, but a stagey feel is avoided through clever editing and blocking tricks.

Onscreen text places the film’s start on the specific date of February 6th 2014, in Maarkedal, East Flanders, Belgium. At a big isolated house there, rented under the cover story of hosting a 40th birthday party, a nervous British man (Amit Shah) and his wife (Sura Dohnke) hide under aliases while awaiting in-person contact with a major newspaper journalist who will record the details of the man’s accidental findings from a government official’s computer – the film’s title is the Dutch word for ‘whistleblower’.

Hardly calming their nerves is the presence of wandering soldiers at nearby shops, nor the arrival of two armed close protection officers (Tom Burke and Roger Evans) sent to guard them. This mismatched pair of heavies bicker more than the stressed married couple, their rapport providing much of the film’s confident comedy. Burke brings some of his droll casual cruelty from The Souvenir to the context of constantly chiding Evans’ somewhat dim alcoholic, the latter blowing his own alias almost immediately.

Unlike Pinter’s Godot, the journalist does eventually arrive. Played by Jenna Coleman, she’s not what anyone’s expecting, not least because she’s not the established name the couple were told was coming. Coleman’s belligerent freelancer amusingly cites slashed print budgets as to why a senior staff journalist isn’t driving all the way to Belgium for a tip-off that might not be of any real national security concern. But more importantly, it might not be of any use in shifting enough copies to satisfy advertisers.

Coleman delivers her rapid-fire lines well, and the addition of a confrontational new player to proceedings is welcome, but there’s something slightly jarring in how the dialogue so quickly shifts into a largely monologue-based mode. And the nature of a scene in which a stranger to the group arrives to effectively rant about how rubbish everyone present is while swearing like a sailor, plays a little like Alec Baldwin’s opening cameo in Glengarry Glen Ross, if it was moved from the start and placed over two thirds into the runtime instead.