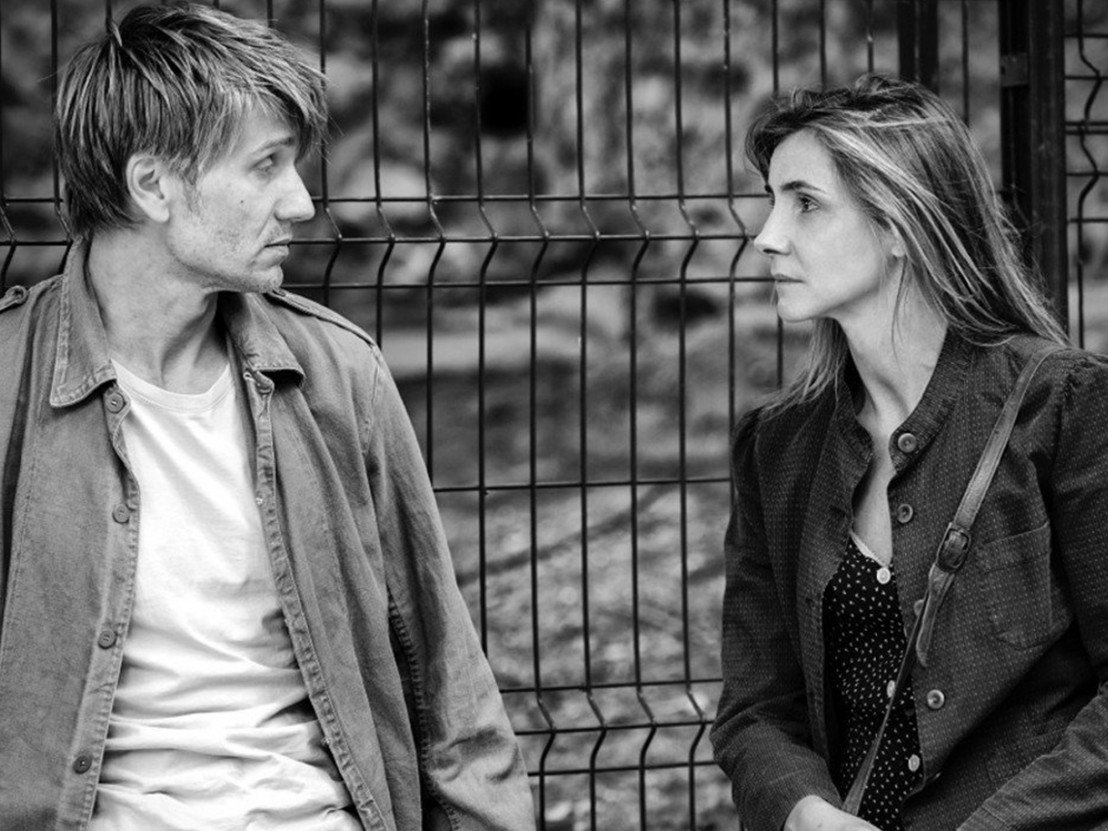 There’s a shot in Philippe Garrel’s casually scintillating In The Shadow of Women (which opened the 2015 Director’s Fortnight strand at Cannes), in which a male and female character – played by Mounir Margoum and Clotilde Courau respectively – meet in a Parisian cafe by way of an extra-marital tryst. She strolls in purposefully, he stands up from the table, closing his notepad, wraps his arms around her, and smiles.

Cutting straight through what some might denote as Garrel’s ironic misanthropy, this stirring take captures with remarkable intensity and clarity the joy of bodies wrapped up in one another, the giddy anticipation of an illicit sexual relation, and, more than anything, an unabashedly expressed feeling of warmth and appreciation. Maybe it’s not quite love, but it’ll do ’till love gets there. Margoum’s close-eyed smile, revealing an almost pained sensation of happiness, states more about this minor character’s current state, where he’s come from and where he’s going, than all the reams of cod expositional dialogue you could throw at him. Such off-hand empathy is what makes Garrel one of the greats.

Possibly the tounge-in-cheek yin to the Jealousy’s discreetly anguished yang, In The Shadow of Women is perhaps one of Garrel’s most amusing films, even though it seldom directly shoots for laughs. Garrel Jr (Louis) intones a wry analytical narration which offers a psychological commentary on the characters’ often vaguely-defined decisions, the content of which is funny largely down to its utter earnestness.

The film looks at modern infidelity, initially categorising it as scourge, then as equilibrium, and finally as revitalising romantic force. As glib as that might sound, it’s played out in what initially appears to be ultra-functional A-to-B sequences, but eventually boasts an unadorned narrative, aesthetic and emotional purity that harks back to late Bresson. This classical, militantly un-decorous form of filmmaking charges tiny adornments with maximum impact, such as numerous shots of a microwave oven (you’ll know when you see it). In the few moments when characters interact with modern technology, it’s just odd, and it’s because their hair-trigger emotional honesty seems sprung from another era. Other touchstones when it comes to form and content include Manoel de Oliveira and Hong Sang-soo.

Garrel’s on-screen avatar, Pierre, is played by Stanislas Merhar, a dishevelled and surly documentary filmmaker who is assisted in all tiers of production by his doting and buoyant wife, Manon (Courau). Driven by what he feels are innately manly urges which come hardwired into his (and his kind’s) DNA, Pierre starts sleeping with a woman he meets in a 35mm print archive. (On a side note, she’s shown clearing film cans out of what looks like a shed and dumping them into the back of a van, treating them with the kind of reverence that one might a blown-out tube television).

This scenario plays out with various twists along the way and Garrel toys with our affections for the characters without ever making his presence felt, expertly tempering and recontextualising Pierre’s barefaced shitbaggery and never passing a moral judgement on his actions. Equally, Manon isn’t the paragon of shining virtue who stands in as a simple counterpoint to her husband’s jaded dalliances; she too is complex and strong and driven by mysterious impulses which exist beyond the purview of being a maid to her man.

Maybe some might see the film as lacking in new insights on its subject matter or the plot too primitive to hit home as drama. But its brilliance derives mostly from its naked confessional candour, that this is Garrel himself, comfortable, and talking openly about desires which most people would rather suppress or maybe don’t even understand. By its closing scenes, there’s the suggestion that the film is a postulation on what it would mean if people started only telling the truth to one another. It settles on saying that there’s no right way when it comes to love.