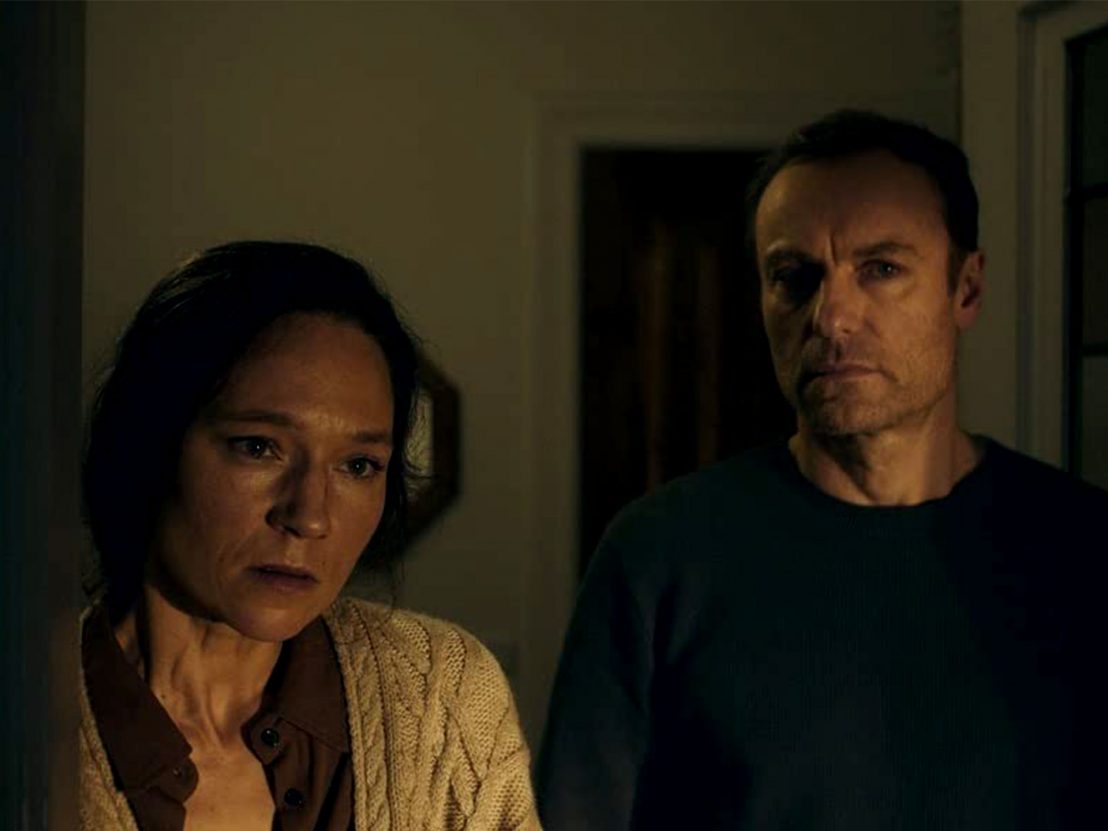 It starts with a break-in – or does it? After a French-German family travels to their vacation home, wife Nina (Sabine Timoteo) swears she saw men dash through her home and then disappear, although they curiously didn’t take anything.

Son Max (Wanja Valentin Kube) was upstairs, preparing to clean his pet rat Zorro’s cage; daughter Emma (Jule Hermann) was out partying with her friend; husband Jan (Mark Waschke), who was right outside on a work call, heard a shriek coming from the house but only paused for a moment before continuing when it appeared that all was well. The only thing that’s in evident disorder is a missing Zorro, whose cage was knocked over amid the chaos and now lays on the ground, empty.

Ronny Trocker’s Human Factors is a portrait of a family in quiet crisis, structured around the aforementioned home invasion, and how this short-lived experience illuminates the household at the centre of it. Less about how the family is affected by the incident, the film focuses more on the intimate details in their immediate reactions, the seemingly unrelated fallout, and the days leading up to it, using the break-in as an anchor point to expose the fractures that were already there.

Jan and Nina run a successful ad agency in Germany, whose acquisition of a political client forces Jan and Nina at odds. Though the couple had always maintained to one another that they would never allow their company to get involved in politics, Jan went behind Nina’s back to do so. Meanwhile, Emma has been truant at school, and Max is nervously preparing for his school’s upcoming concert.

In order to break from these mounting tensions that surround them, Jan and Nina take themselves and their kids to their vacation home for the weekend. But the potential for a blissful time away is shattered by the bewildering break-in, as the film depicts the alleged crime first through Jan’s eyes, then rewinds time twice to show it through Max’s and then Emma’s – the latter of whom wasn’t even there for it.

A film that requires a lot of patience for an extremely measured pay-off, Human Factors is an interesting exercise in luxuriating in tension, but never building to that which relieves it. On the contrary, the film ends on a note that suggests the family’s strife has only just begun; the difficult road that lies ahead of them is something the audience will never bear witness to.

The promise of a nicer, bigger apartment for Nina, Max and Emma reveals that Jan will not be joining them; the arrival of Nina’s brother Flo (Daniel Séjournéand) and his partner, visiting for support soon after the incident, exposes Jan’s simmering homophobia; Emma is missing school and lies to her father about partying the night of the break-in; Max becomes withdrawn following Zorro’s disappearance.

And underscoring the entire narrative is a throughline of unresolved xenophobia, of unwanted outside visitors causing disturbance rather than it coming from within. Human Factors is a brutally tense yet restrained look at the unspoken ruptures within idealised upper-middle-class life, and how the littlest details give way to breaches that don’t need to be reached through an all-consuming calamity.