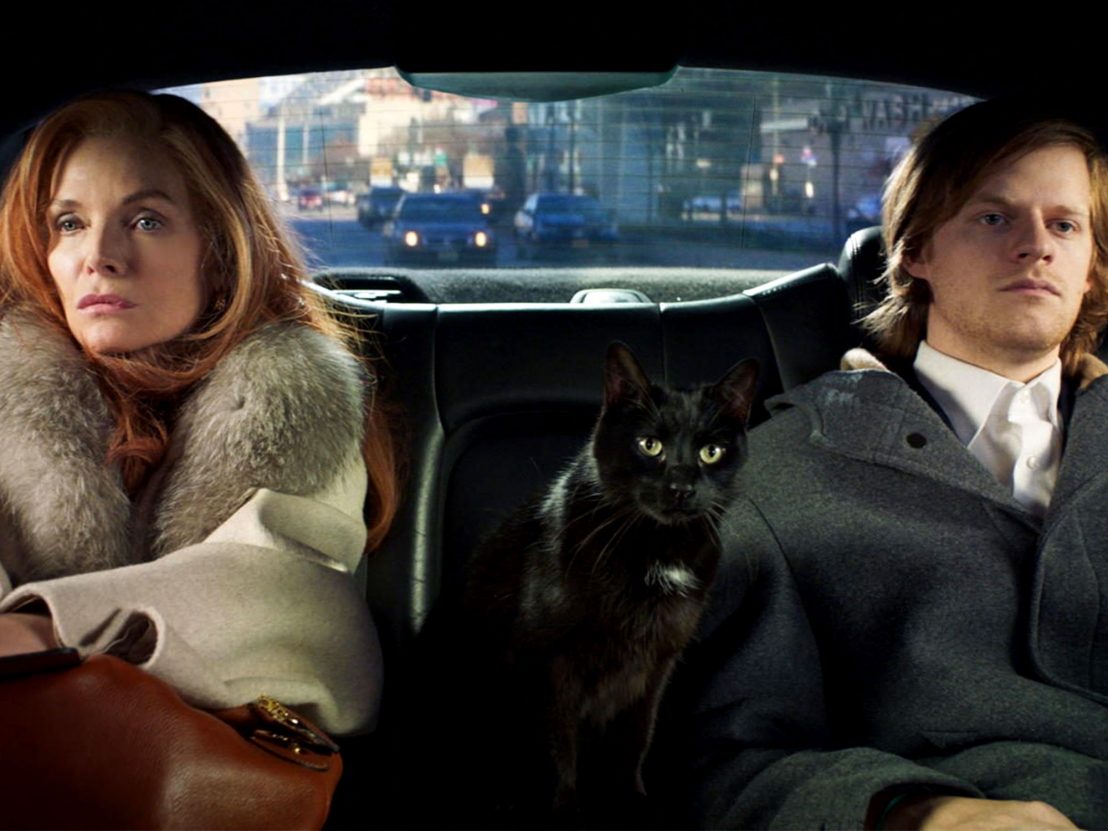 Michelle Pfieffer prowls the upper social echelons of Paris and Manhattan in this trifling take on Patrick DeWitt’s novel.

Michelle Pfeiffer moves through Azazel Jacobs’ French Exit like a snow leopard, prowling and snarling and glaring while inclement conditions rage all around her. She plays Frances Price, a recent widow left with a sum of money far too finite to sustain the uptown Manhattan lifestyle to which she’s grown accustomed.

After a friend offers to put her up in a Parisian flat sitting unused – a windfall of privilege straight out of Nora Ephron, and an early hint to the tony pleasures in store – she collects her son Malcolm (Lucas Hedges) and sets a course for the Old Continent, where she can implode with flair.

She lives in a magnificent downward spiral during her time in the city of lights, burning through her stacked reserves of cash along with the goodwill of the people surrounding her. It’s hard to know whether she’s always been the sort of person who starts a small, controlled fire to get the attention of a waiter ignoring her, or if the death of her husband (Tracy Letts) made her a cattier and more vindictive version of herself.

Either way, she’s a specimen to behold as treats everyone in sight with a delicious contempt, none more so than the lonely neighbour (Valerie Mahaffey) so starved for human contact that she befriends the visibly not-into-it Frances. Pfeiffer makes for a diverting grand dame, to the point that we can see why someone would want to share her presence even as she treats them like merde.

Their odd bond takes up limited space in a plot surprisingly crowded in spite of the low-key vibe Jacobs cultivates. Malcolm has a fiancée back in the States (Imogen Poots), who doesn’t take her deadbeat boyfriend’s sudden disappearance all that well.

A private investigator (Isaach De Bankolé) lands on the Price bankroll, assigned to find the sardonic fortune teller (Danielle Macdonald) that Malcolm ran into on the boat over. She’s the only one capable of communing with Small Frank, the little black cat now acting as a container for the soul of Frances’ late spouse. The leisurely sort of bustle gives the impression of a rather dour farce, in particular when everyone convenes for arguments and party games á la Mistress America.

The business with the cute kitty speaking in the sonorous tones of Tracy Letts is of a piece with a more general atmosphere of eccentricity, imported as directly as possible from Patrick DeWitt’s source novel. This is one of those movies that announces its literary origins by filling the characters’ mouths with prose airlifted right from the author’s pen, dialogue that in this instance must play much better on the page than aloud.

Every third attempt at some flourishing witticism or poetic profundity lands with a thunk, though that does leave a goodly proportion of hits to misses. (Upon learning that his paramour has gotten engaged to another man, Malcolm deadpans, “You can’t get engaged again. That’s polygamy. That’s illegal. You’ll go to jail.”)

The characters’ speech, an alien’s best attempt to approximate chatter in the English language, stands out as the most distinctive element of what would otherwise be a showcase for the estimable talents of Michelle Pfeiffer. She sells the gravity of her grief and self-destruction, even as it’s situated in a work intent on evoking the feather-lightness of recent Woody Allen in its music, cinematography and general milieu.

The “misbehaviour of the rich and famous” angle made the film a perfect selection to close out the New York Film Festival, but it sells Pfeiffer short. Just as Frances seems stranded in a high-class world pushing her out like a splinter, her bravura performance gets lost in Jacobs’ unmemorable direction. 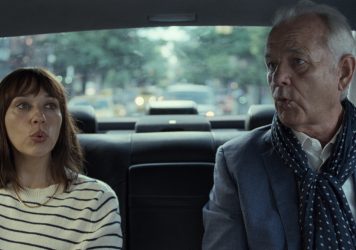 Rashida Jones and Bill Murray star in Sofia Coppola’s New York caper about a woman who suspects her husband is having an affair.