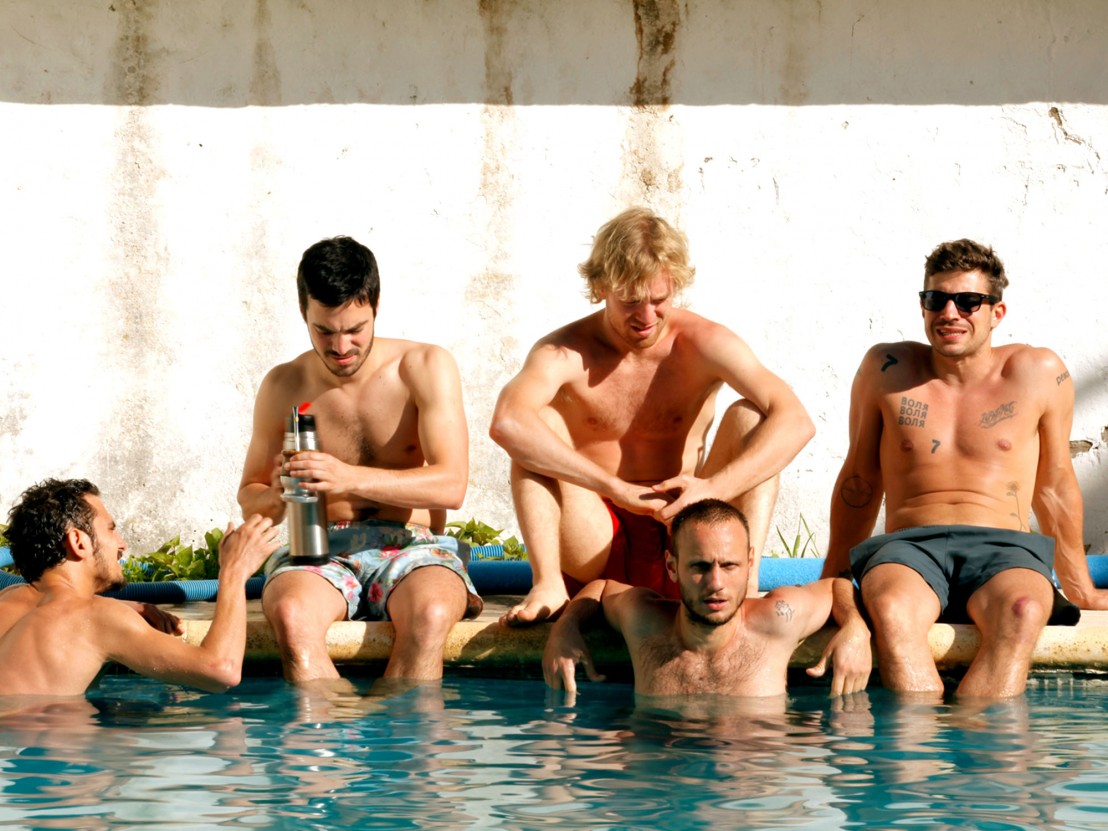 A sensual Argentine relationship drama and a documentary about gay marriage in Myanmar were among the highlights of this year’s festival.

“This festival makes sense and we’re here to stay.” Artistic director João Ferreira is talking at the closing ceremony of Queer Lisboa. Ticket sales are up, and the mood is rapturous as Ferreira hurls complementary packs of pants at the audience occupying the Manoel de Oliveira screen of the São Jorge Cinema. The festival opened eight days previously with a tribute to the 49 people killed in the homophobic Pulse nightclub killings on 12 June in Florida. The defiance of Queer Lisboa – its desire to celebrate queer and questioning works of film art, uncowed by violent conservative forces – is what infuses the programme with vitality.

It’s a privilege to attend, and an overwhelming privilege to do so as one third of the documentary jury. There is a Derek Jarman retrospective at the Cinemateca, a location with floor-to-ceiling stacks of film cans acting as pillars. I ask a softly-spoken man with long hair and longer eyelashes about his role in the Jarman Retrospective Crew. “I cared for Derek during the last six years of his life,” he said. It comes out that he is Keith Collins, who acted in three Jarman’s films (The Garden, Edward II and Wittgenstein). The rest of the festival is spent wondering what it takes to care for a dying man. Below are our top five picks from the 2016 edition of Queer Lisboa. They are doc-heavy, because that was my strand, but also because documentary cinema is a thriving, cutting-edge art form.

The male body is both the medium and the message in this sensual, comic, deliberately frustrating relationship drama. In one film, directors Marco Berger and Martín Farina create a ‘will they/won’t they?’ situation as agonising as Friends did with Ross and Rachel. The premise is simple: a young gay man, Germán (Gabriel Epstein), comes to visit a pal, Fernando (Lucas Papa) who is hosting seven friends in his parents’ summer house. The men are semi-naked as they swim, have saunas and spend time together in a state of total relaxation, discussing sex and life but mainly sex. German yearns for Fernando. His feelings sits quietly beneath the boisterous dynamic of the group. The two men grow closer but it’s impossible to tell whether this is a film about a slow-burn romance, or a film about an unequal friendship. Berger and Fabrina excel at conjuring an atmosphere of feverish suggestion – showing the invisible torture-inducing line between young, fit male bodies bonding in a straight way, and what could be a passionate gay encounter. 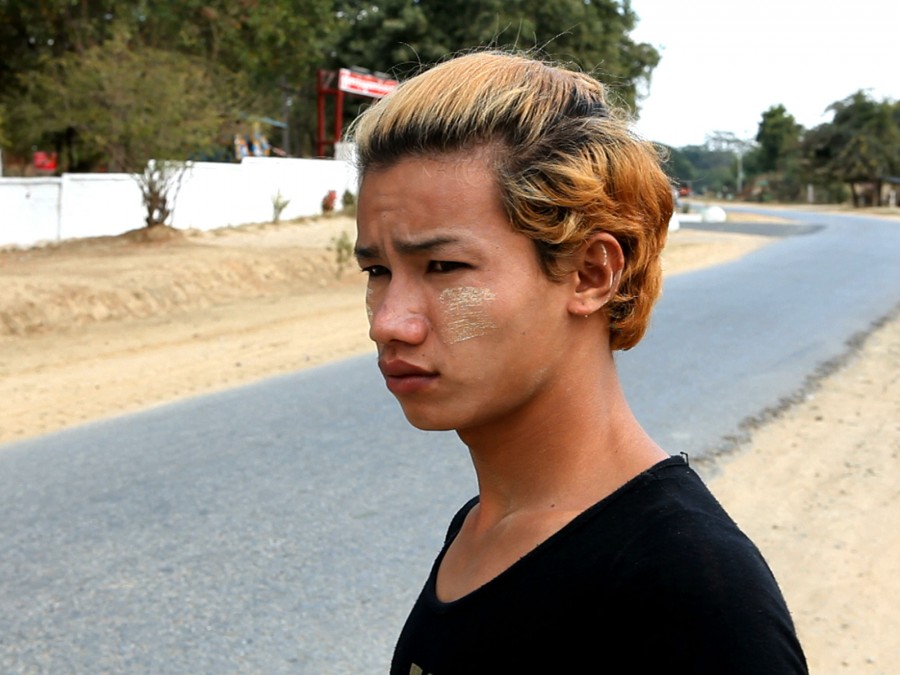 Irrawaddy Mon Amour manages to hold contrasting truths within one compelling whole. It is historically important – as a documentary about the first gay marriage in Myanmar, a country in which homosexuality is a crime punishable by jail-time – but it feels more like a poem, with cinematography capturing the beauty of the land and the serene rhythm of life here. Structure is provided by the build-up to the wedding between street vendor, Soe Ko, and a mason, Saing Ko. Their wedding is made possible because they live close to Kyauk Myaung, a rare LGBT activist community on the Irrawaddy River. The filmmakers (a collective made up of Valeria Testagrossa, Nicola Grignani and Andrea Zambelli) allow an array of subjects to set the pace, giving time for people to reveal their passions naturally. Gay pride is meaningful and daring in this place that looks like paradise but is imbued with the sense that violence, from the army or families that have disowned their offspring, could erupt at any minute. 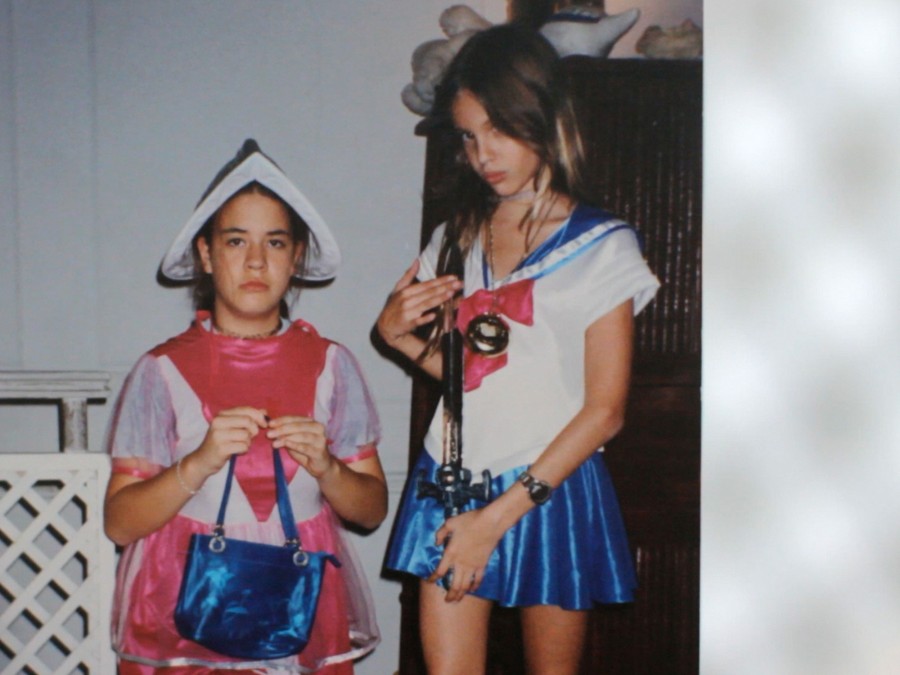 What does it mean to grow up into a young woman who doesn’t resemble the feminine ideal? Do you fight against the hand nature dealt you – diligently shaving and plucking body hair, or do you forge a new space to live in your own way. Las Lindas (‘The Pretty Ones’) is a meandering essay film by 24-year-old Argentinian, Melissa Liebenthal that asks such questions. By existing, it expands the scope of female models in our film world. Melissa lightly mocks her non-photogenic qualities with a montage of photos of her younger self, glaring in baggy trousers. Masses of old photos and home movies depict a female friendship circle that has altered over the years but broadly remained constant. It’s fascinating to behold at what stage some of Melissa’s friends morph into conventional beauties, and a new measure of social power is born. A present day Melissa interviews her energetic and opinionated pals, in the process revealing a range of perspectives on becoming women. 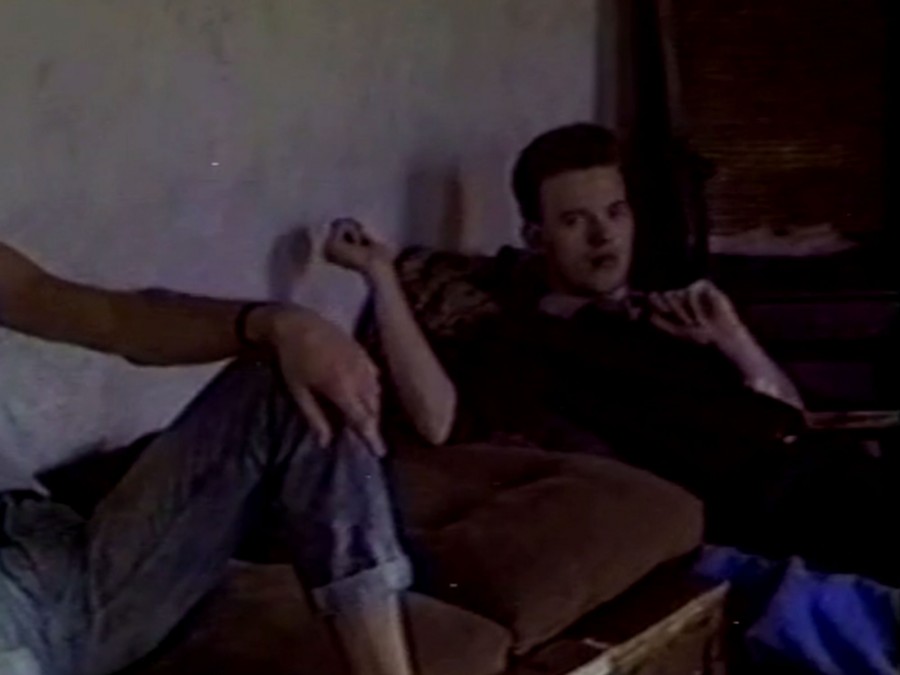 It’s hard to explain how this aimless 41-minute film from 1984 of Edwyn Collins hanging out in his flat comes to feel intoxicating. Derek Jarman, behind the camera, talks up a storm, sometimes discussing what they’re doing (creating footage for the music video,‘What Presence?’), sometimes telling unrelated stories, like the one about the time he saw a hand sticking out of a coffin in Italy. Collins and his bandmates are unprepossessing screen presences. These Scottish indie waifs potter about, acting good-natured, and a little baffled by Jarman’s filmic aims. Initially, this bafflement is shared by the viewer. As the camera swings around the garden, pursuing a cat, or briefly fascinated by a neighbour’s washing, the point is unclear. Eventually Jarman’s soothing raconteur skills wash over you, complemented by searching visuals, and it becomes clear that this is how the great director worked: via social hypnotism. 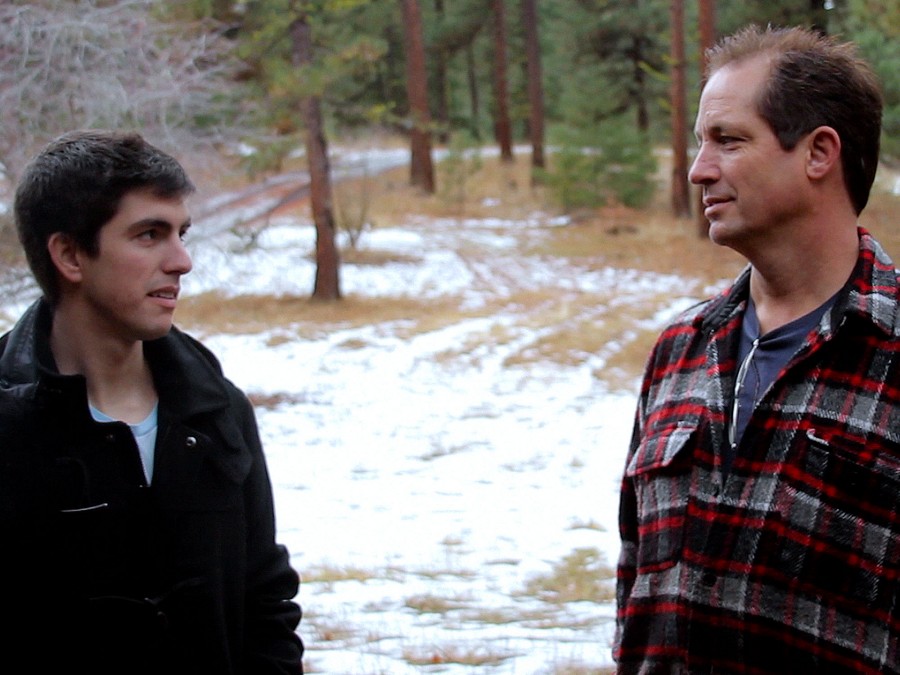 Young American filmmaker Alden Peters takes a subject that has been explored to death and makes a fresh, relevant and inclusive documentary which connects to the struggle to express personal identity within wider society. Narration over internet searches and vérité footage of friends, family and experts on sexuality are interspersed with YouTube ‘coming out’ videos. The internet as a provider of community, and as a portal to information and stories, gives this documentary a timely edge. Peters uses his story as a conduit to the broader issues that affect young closeted gays. He looks inwards with as much rigour as outwards, admitting that he related to Tyler Clementi, an 18-year-old who committed suicide in 2010 after being outed.

Coming Out’s arc is Alden coming out to more and more people, starting with his brother and ending with changing his ‘interested in’ Facebook status. He is an intelligent, questioning screen presence able to bring out the characters of those around him. Janet Mock is a stand-out interviewee. She finds the place where homophobia segues into judgement according to gender norms. Peters’ film concerns itself not only with coming out, but with what happens next. Integrating a complex self into society is shown as a long road, and this doc is fuel for that journey. 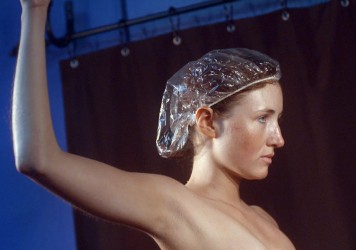 The five best films from IndieLisboa 2016

From the story of an easily seduced movie sub-titler to an innovative study of exhuming the dead through acting.