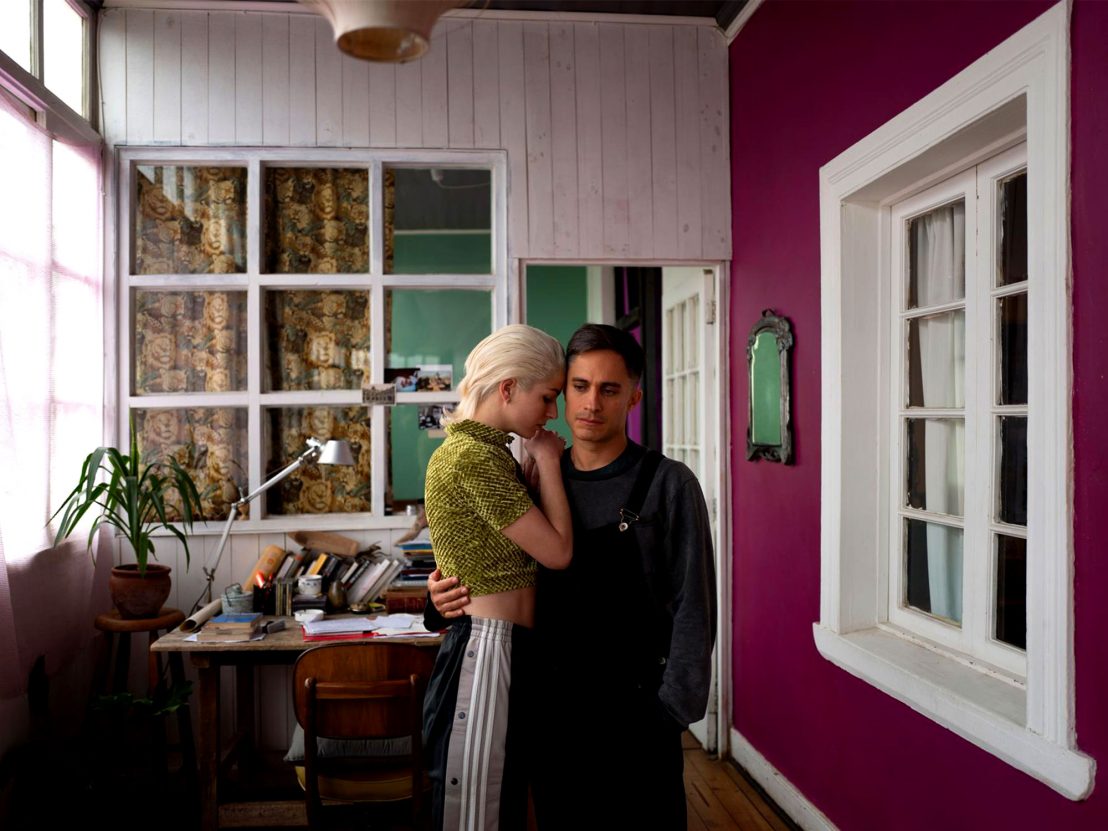 A young street dancer deals with a family trauma in a very unique way in Pablo Larraín’s enigmatic stunner.

Chilean director Pablo Larraín made a name for himself with his dark allegorical dramas on the devastating history of his homeland and the legacy of political dictatorship. He was rewarded with a trip to Hollywood where he delivered the divisive Jackie, starring Natalie Portman as America’s most famous widow, Jackie Onassis. He returns with something completely fresh and challenging, a coolly abstract vision of the modern family that pays subtle lip service to the film noir tradition.

And as our femme fatale is Mariana Di Girolamo’s Ema, a jobbing reggaeton dancer with a shock of silver hair swept over her skull and two giant, glassy eyes that give absolutely nothing away. She delivers a phenomenally controlled performance, one where expressive detail is a very hard currency that’s not to be wasted. Part of its pleasure is that this is a turn to be savoured both in the moment and after the credits have rolled – it’s so hard to comprehend the number of interior plates she’s spinning in terms of projecting and withholding information, that the marvel only becomes apparent in hindsight.

Ema is married to her dance instructor Gaston (Gael García Bernal), a nervy, slightly antisocial type who only wears dungarees and seethes with a barley-concealed rage. We join them at a point in their broken relationship where they are in a depressive funk, due to the fact that their adopted six-year-old son, Polo, has been sent back to social services and placed with another family. Ema retains a secret connection to the boy, and the intensity of that connection is the film’s big question. She appears to pin-ball through life, meeting various people and insisting on an emotional closeness that belies her relationship to them. It’s all or nothing with Ema, but you have to sit very tight for her motives to become clear.

In a way, you might see Ema as the cool and impulsive teen sister to Jackie, as both films are concerned with young women forced to deal with a sudden family trauma, or the absence of someone close to them who they never really knew. Yet this film is looser and more playful, working hard to keep you on your toes and guessing from where the next big plot swerve might come. Larraín keeps context daintily light, so, for instance, we have the occasional sequence where Ema wanders the landscape with a giant, military flamethrower, torching traffic lights, waste bins and cars in homage to the pint-sized pyromaniac Polo, who burned down their house.

The film’s fragmentary narrative can often make for tough viewing, and the wait for some kind of basic cohesion is perhaps a little longer that some may be comfortable with. But that’s not to discredit Larraín’s wonderfully slowburn conceit, which delivers in showman-like fashion when the moving final reel arrives. There are also stylised digressions beat-matched to Nicolas Jaar’s pulsing, ambient score – one is a breathtaking visual mosaic of Di Girolamo’s street dancing prowess in which each cut brings with it a new, eye-popping costume change.

It’s maybe Larraín’s most hopeful film, even though it traverses some rocky thematic terrain and gently needles at the conservative construct of the perfect family. It’s sultry and mysterious, but also comes with a strain of caustically ironic humour, perhaps best showcased in a dyspeptic monologue delivered by Bernal in which he states how he really feels about Ema sullying the good name of modern dance with her populist displays on the local basketball court. All in all, it’s an enigmatic film worth tangling with as the eventual pay-off is significant.