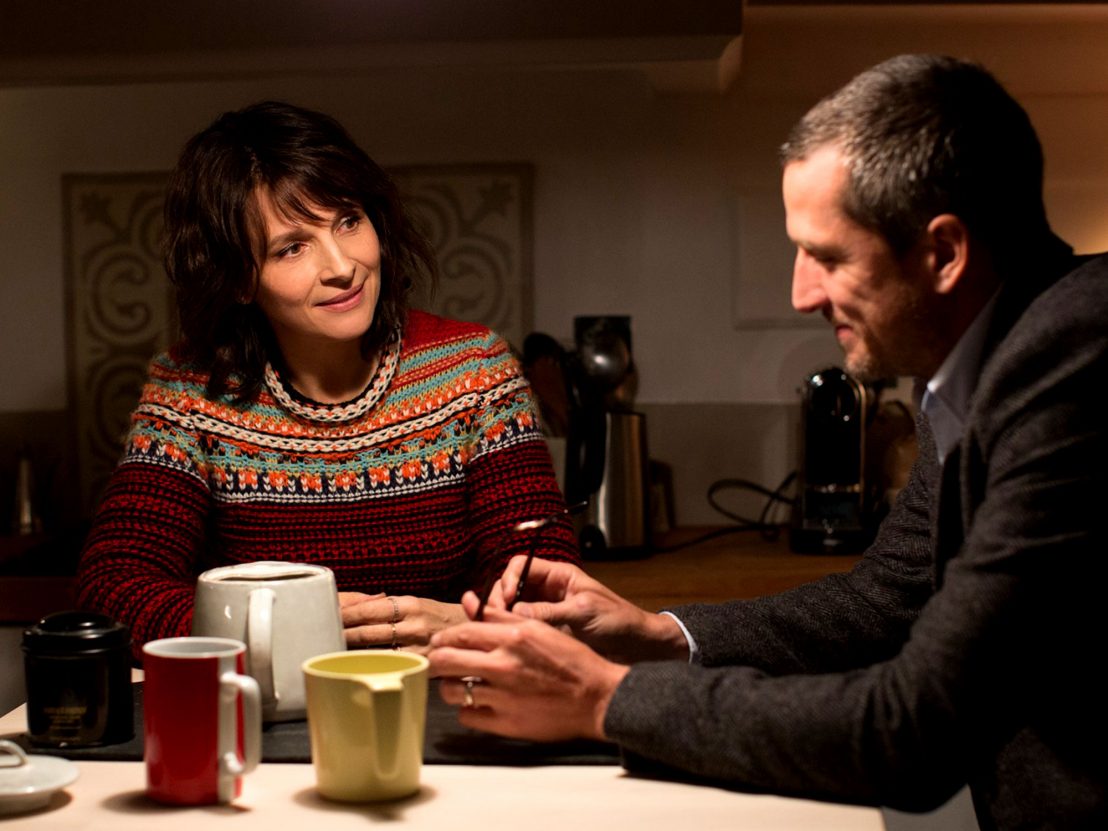 Olivier Assayas’ recent work has interrogated different forms of creativity, such as acting in Clouds of Sils Maria and fashion in Personal Shopper. In his latest film, Doubles Vies (Non-Fiction), he does the same thing for literature. Alain (Guillaume Canet), Selena (Juliette Binoche) and Leonard (Vincent Macaigne) are a trio of creatives searching for satisfaction – both creative and romantic – against the backdrop of a stagnating publishing industry.

Assayas explores how the digital revolution has changed publishing, though he does feel quite a bit behind the times, like an older relative excitedly telling you about this hot new craze called ‘the internet’. Really, this is a cultural debate that took place in the worlds of books, magazines and newspapers some 10 years ago. The debates as presented here are thorough and interesting but offer nothing particularly new. They’re also quite academic, with many of the dry quips in Assayas’ script feeling more suited to the page than screen. When done right this kind of high-brow cinema can be invigorating, but a film about a group of privileged intellectuals sneering about the kids on Twitter affirms the worst clichés of the French arthouse.

Aside from philosophising on the publishing industry, Doubles Vies raises some interesting questions about the autobiographical nature of art. Assayas hints at what his stance might be by making Leonard and his ‘auto-fiction’ the butt of many jokes, with his characters’ real-life alter egos painfully transparent to everyone who knows him. This is the one aspect of the story that feels up to date, as the question of whether it’s right to make art from other people’s lives feels more relevant than ever in the age of reality TV and social media.

Macaigne plays the comic to a tee, forming a great double act with his partner Valérie (French comedian Nora Hamzawi). He haplessly fishes for compliments and she stonewalls him, providing a perfect example of the fragile creative ego and Leonard’s farcical attempts to keep it together. Binoche and Canet are both great individually as well, though their characters are underdeveloped and really just mouthpieces for arguments that even people in the publishing industry got sick of years ago.

Assayas’ fluid direction brings energy to these conversations, but there’s only so much you can sex up the books versus Kindle debate. The comic scenes are the most assured, capturing some brilliant reaction shots that really sell the Sisyphean task of being a struggling author. Doubles Vies is pleasant enough, and will likely stimulate some thought for anyone with a stake in the future of how we buy and read books, but it’s not up there with the director’s best.