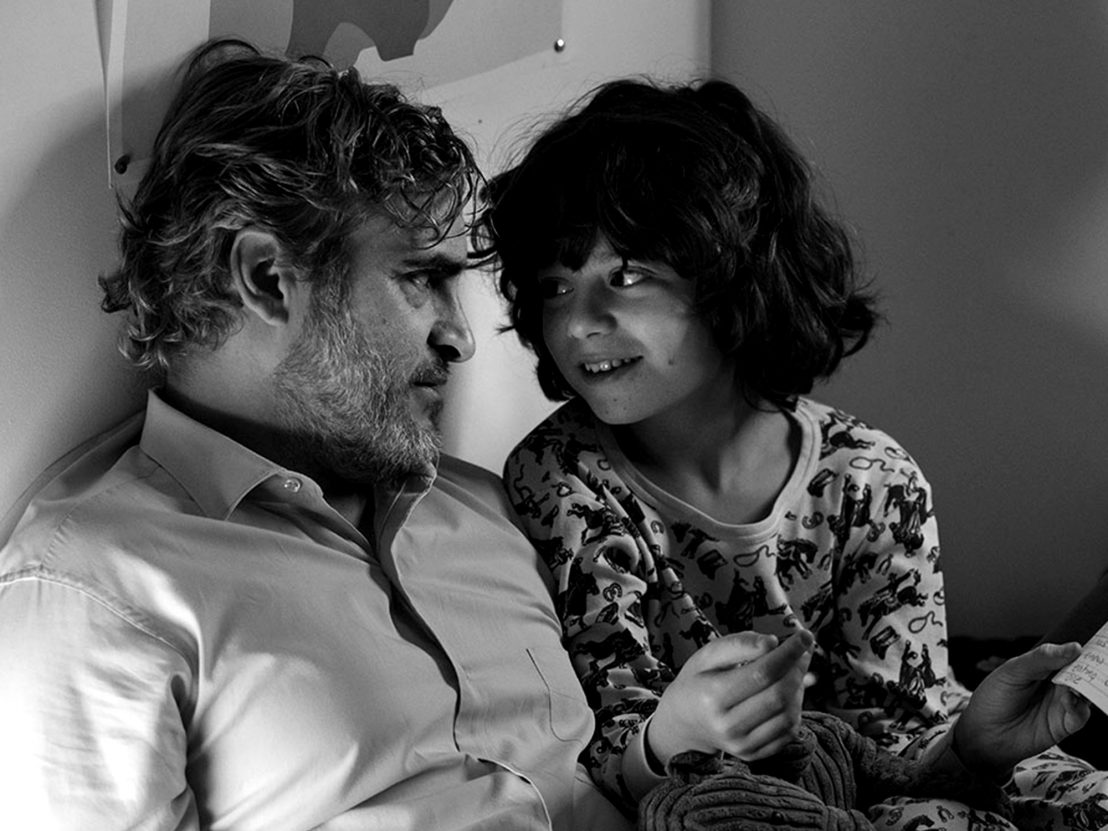 Joaquin Phoenix and newcomer Woody Norman play uncle and nephew in Mike Mills’ tender drama about a family in flux.

Kids can be safely relied on to say the darndest things, and in Mike Mills’ latest feature, indeed they do. But they also say everything else – the funniest things, the saddest things, the strangest things, the most wondrous things. Precocious little Jesse (cherubic Woody Norman) often manages all of this at the same time, his youthful lack of filter combining with his born sensitivity in such remarks as when he informs uncle Johnny (Joaquin Phoenix) that the man’s not very good at expressing his emotions.

The deceptive maturity of children, when played against the limits of how much an adult can fairly expect on that front, makes for gentle drama in Mills’ study of a hurting family’s unconventional healing. Johnny has built his career around the concept that our offspring know more than we realise, though he has none of his own; Phoenix portrays the host of a radio show in which he travels the country interviewing young people about their lives, their thoughts, and their visions of things to come. (Oddly enough, he’s pretty much producing an audio equivalent of another selection at NYFF this year, the Italian documentary Futura.)

On paper, he’s the ideal temporary guardian for Jesse once Johnny’s sister Viv (Gaby Hoffmann) needs some time for help bipolar husband Paul (Scoot McNairy) through an episode of instability. But all Johnny’s curiosity and empathy can’t prepare him for the practical challenges of time management in childrearing, or the possibility that Jesse may have inherited some of his father’s behavioural patterns.

This falls into the time-honoured tradition of movies about closed-off guys learning to feel from the innocents left in their charge, but Mills skirts triteness by softening Phoenix’s usual intensity. He’s not starting from a place of emotional rigidity, as made clear in his treatment of the subjects in his polite, studied recording sessions. Instead, he’s merely a bit sad and lonely, two inner holes filled with the energising purpose of surrogate parenthood.

Though one late scene culminating in cathartic primal screaming reminiscent of Garden State feels too consciously screenwritten, the film reinforces its low-key naturalism by interweaving strands of reality into the narrative of Johnny and Jesse. Their unscripted interviews in New York, Los Angeles, New Orleans, and elsewhere feature non-professional actors articulating their innermost hopes and fears with a simple clarity that grown-ups tend to lose in overthinking. Mills also punctuates this with readings from an assortment of external texts announced in title and author, ranging from picture books to Kirsten Johnson’s guide on nonfiction ethics.

The digital black-and-white photography is Mills’ other big formal choice, its effect not disagreeable despite hard-to-discern motivations. In practice, cinematographer Robbie Ryan’s monochrome has a way of making the disparate pockets of America this unlikely pair explores look unified, despite the dedicated location shooting bringing out their individual beauty. There’s an undercurrent of travelogue to Johnny’s project, one that Mills mirrors with his observant and inquisitive place-setting.

Jesse has an odd pre-bedtime routine of pretending that he’s an orphan, talking about the contemptible conditions at his orphanage, and asking if he can’t stay the night in his own bed. It weirds Johnny out the first time he sees it, and the audience is right there with him, but we both come to understand the rationale in time.

In this film full of delicate people hesitant to reach out or open themselves up, acceptance becomes a naked plea that demands to be made every day. The light tone never defines the stakes in such grave terms, but that’s the key to the potency of Mills’ cinema: life’s pivotal turns come in our idle moments, from inconspicuous sources. All it takes is the willingness to listen.