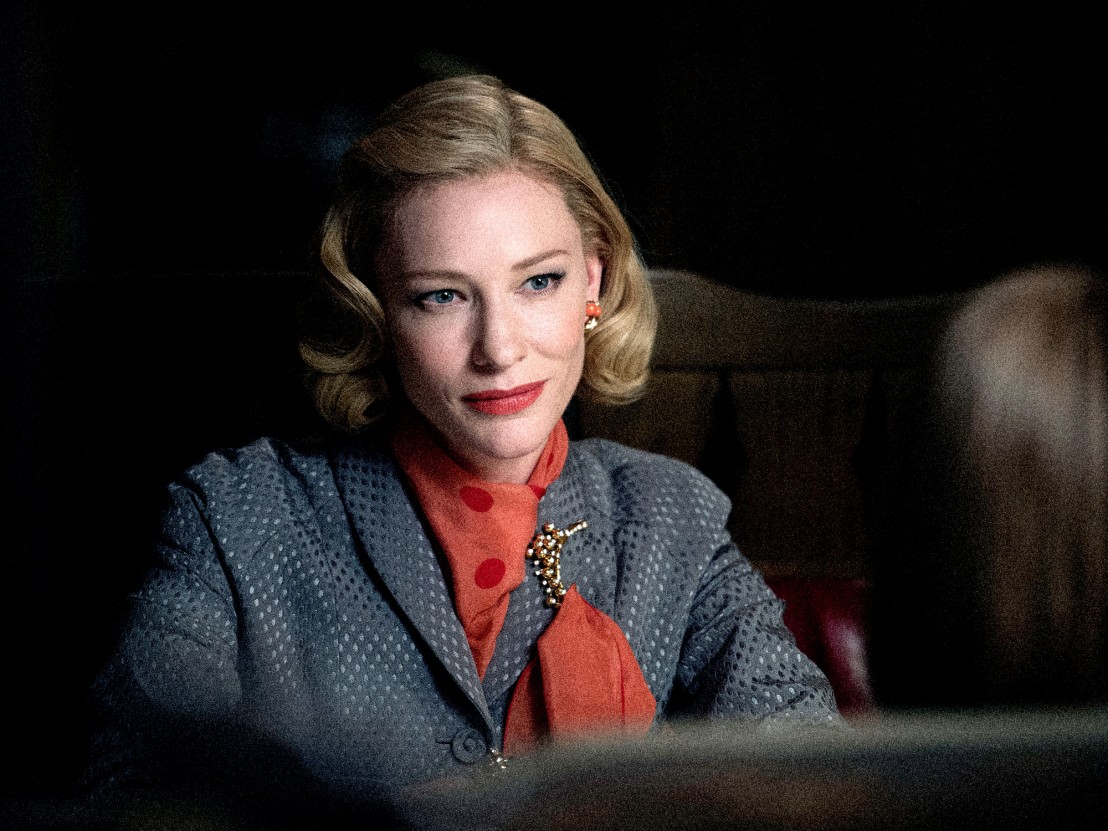 The original title of Patricia Highsmith’s controversial 1952 novel upon which this new Todd Haynes’ film is based is ‘The Price of Salt’, but its new nomenclature, ‘Carol’, works so much better. As you might have guessed, one of its key protagonists goes by that name, a lofty, powder-puffed dowager with a miscellany of domestic complications stemming from a helplessly impulsive rejection of conservative normalcy.

What it represents to the story’s other protagonist, a young New York shopgirl-cum-beret-wearing amateur photographer, is as a revered and sacred totem embodying the wellspring of all of life’s passion and joy. Possibly even its sole meaning. Carol is not a person to be grabbed and owned, she’s an earthly Goddess to be comprehended and studied. From the first time she sees this totem and up until the breathtaking final frames of this agonising tale of cruelly stonewalled desire, she can’t quite grasp whether love is really worth all the heartache that comes as an unasked-for side order.

A romance and a melodrama that is neither conventionally romantic nor cloyingly melodramatic, Carol is like a Rockwell or Hopper canvas electro-shocked into life, but supercharged with additional melancholy. The pearly-white vision of America in the fifties is refracted through a smokey, rain-dappled gauze which prevents the characters from ever really enjoying the world they live in. Its desolate, pastel-hued terrain comes across as the flip-side to 2002’s Sirk/Stahl homage, Far from Heaven, where glowing, luxuriant colours masked the eternal torment of a repressed suburban housewife.

It all happens when Cate Blanchett’s Carol, on the town and picking up last-minute Christmas gifts for her wee nipper Rindy, glances across a busy department store floor and catches the enigmatic green eyes of Rooney Mara’s Therese “Terry” Belivet among a menagerie of gawping toy dolls – one of which, ironically, cries for real. In Highsmith’s novel, this moment sets in motion a protracted back and forth of self-questioning and romantic second guessing, though Haynes goes straight in for the kill, swiftly expunging any ambiguity over Carol’s sexuality and Terry’s untapped lust for adventure.

The two begin a love affair which, for social ease, is classified as fast friendship. The brush of a garment, a rogue compliment, an identical food order and an ambling road trip to alleviate the Yuletide blues is all that it takes for the pair to finally consummate their love. The age difference between the women is key to what makes this such an interesting and original story. The way Carol demonstrates her affection for Terry is shown as being almost identical to the way she adores Rindy, and there’s the feeling Haynes is making a statement about how homosexuality is still pegged by governments, religions, and certain geographic enclaves as being sickeningly transgressive and as running against the tide of polite civilisation (whatever that is). This is all done in typically symbolic, undemonstrative fashion.

Carol’s supposed sexual deviance results in her accepting a course of psychoanalytical “curing” at the behest of her husband Harge (Kyle Chandler), who still pines for this ice maiden who has slipped from his iron clasp. The sadness of the film comes from the way it says that love of any kind can’t exist within a private bubble – it’s exposed to the elements, to politics, to the hard-wired predilections of other people. Carol and Terry want to take leave of everything and everyone and exist in blissful union. But forces constantly work against them.

Blanchett’s role is very familiar to the one she played in Woody Allen’s Blue Jasmine, though this time around she’s much harder to read, internalising her emotions to a point which suggests she believes that weeping for lost lovers is entirely futile at her age and her standing. As romantic ingenue, Mara possibly even steals the show, refusing to give an inch to Ed Lachman’s watchful (but never intrusive) camera as a way of desperately proving that she’s the emotional equal of her anguished inamorata.

The passivity and functionality of their courtship might initially come across as cold in the opening stretch, and Terry’s fussbudget agitation that was key to the book is entirely MIA here. Yet, Haynes is playing a longer game, and saves his sucker punches for an exemplary, heart-wrenching final reel. Perhaps the greatest compliment you could pay Carol is that it contains – to this writer – one of the most perfectly executed and poignant utterances of the words “I love you” in screen history. See it and weep. 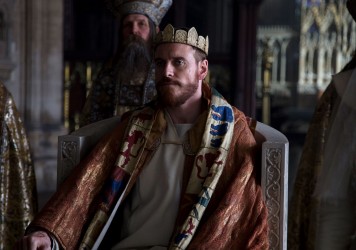