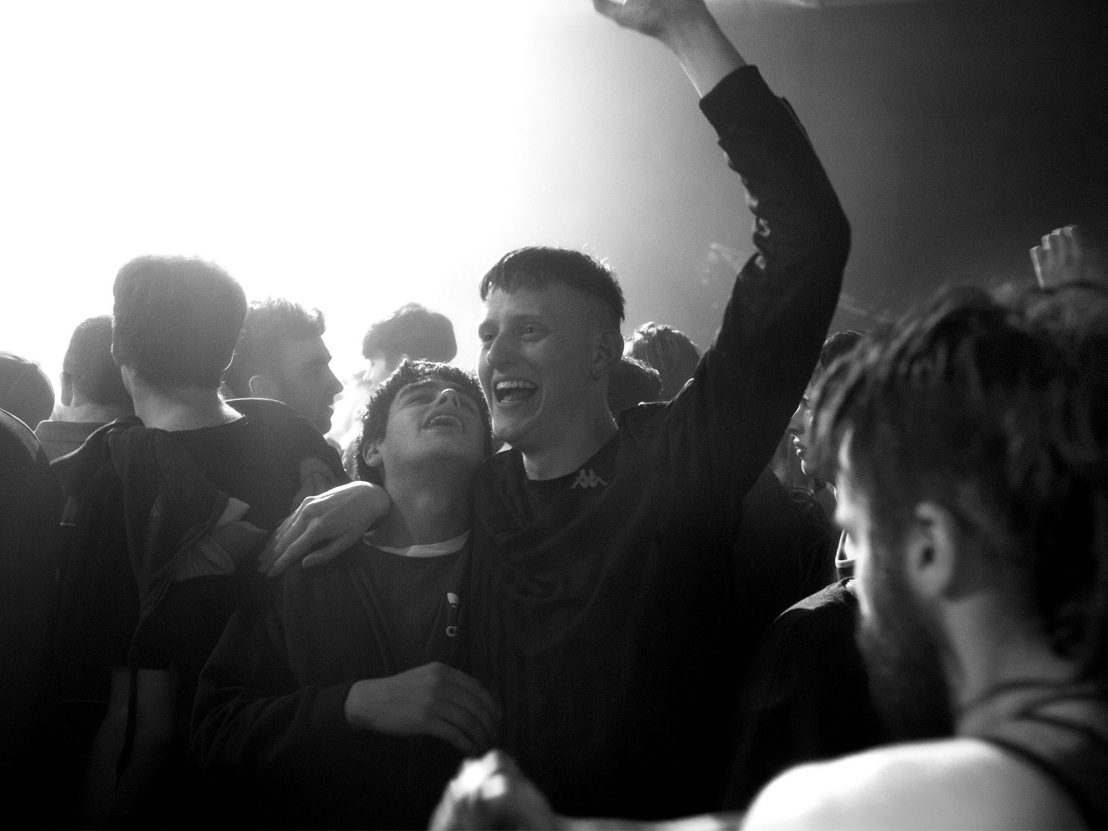 Two best friends have the night of their young lives in Brian Welsh’s rave-era coming-of-ager.

If the phrase ‘Rave to the Grave’ hadn’t already been used to title a Return of the Living Dead sequel, it would have made a fine alternative name for Brian Welsh’s Beats. That refrain pops up many times in the film, mostly in the context of a pirate DJ promoting a warehouse party in defiance of new restrictions on UK rave culture in the 1990s. But it’s a mantra appropriate to the journey of the film’s young ensemble.

While ‘to the grave’ might be extreme in most of the characters’ circumstances, the threat of violence looms over several of them. Their prospects are bleak and they’re constantly fed false promises by their families, romantic partners and wider society (archive footage of a pre-Prime Minister Tony Blair recurs throughout the film). In the face of either utter hopelessness or queasy uncertainty, why not dance like it’s the last night on earth?

Adapted from a play by Kieran Hurley, who also co-wrote the film with Welsh, Beats is set in central Scotland in 1994 and focuses on two teenage boys, Johnno (Cristian Ortega) and Spanner (Lorn Macdonald). Their close friendship is threatened by Johnno’s imminent move to the suburbs at the behest of his policeman stepfather, Robert (Brian Ferguson). Johnno’s mother, Alison (Laura Fraser), is also keen for her son to sever his co-dependent ties with someone she regards as “scum”.

The prospect of Spanner being left alone with his violent reprobate brother, Fido (Neil Leiper), and his gang for company drive the pair to join up with a group of older counter-culture youths for an illegal rave in the wake of The Criminal Justice and Public Order Act. Funding for the party comes partially from a wad of notes Spanner swipes from Fido’s stash.

The younger leads and supporting cast are mostly first-timers or actors with few screen credits to date, with Lorn Macdonald the standout performer. Previously best known for playing Renton in a recent stage production of Trainspotting in Glasgow, Macdonald has the gangly physicality of fellow Scot Ewen Bremner (who also played Renton on stage before becoming Spud in Danny Boyle’s film adaptation), and the manic, magnetic energy of a young Robert Carlyle.

Following his striking work on For Those in Peril and Beast, cinematographer Benjamin Kracun opts to shoot in black-and-white – a broader colour palette is used only briefly during a sequence of drug-induced euphoria. As in Anton Corbijn’s Control, the monochrome visuals lend an almost mythical quality to this immersive portrait of a British music scene, and this nostalgic, scrapbook effect is enhanced by photos of the characters during the end credits, accompanied by details of their eventual fates.

Though it shares similarities with coming-of-age touchstones ranging from American Graffiti to Dazed and Confused, Beats finds its own voice among the ‘end of an era’ subgenre in the characterisation of its central pairing. Johnno and Spanner’s relationship veers into more emotionally complex territory as the narrative unfolds, and both the screenplay and performances thrive on the ambiguous nature of various explosions of anger and moments of tender intimacy.

It’s a text ripe for queer readings, but above all this is a moving examination of two young men whose bond is strengthened through their shared love of music. 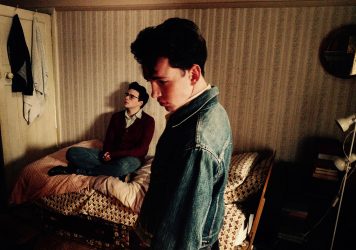