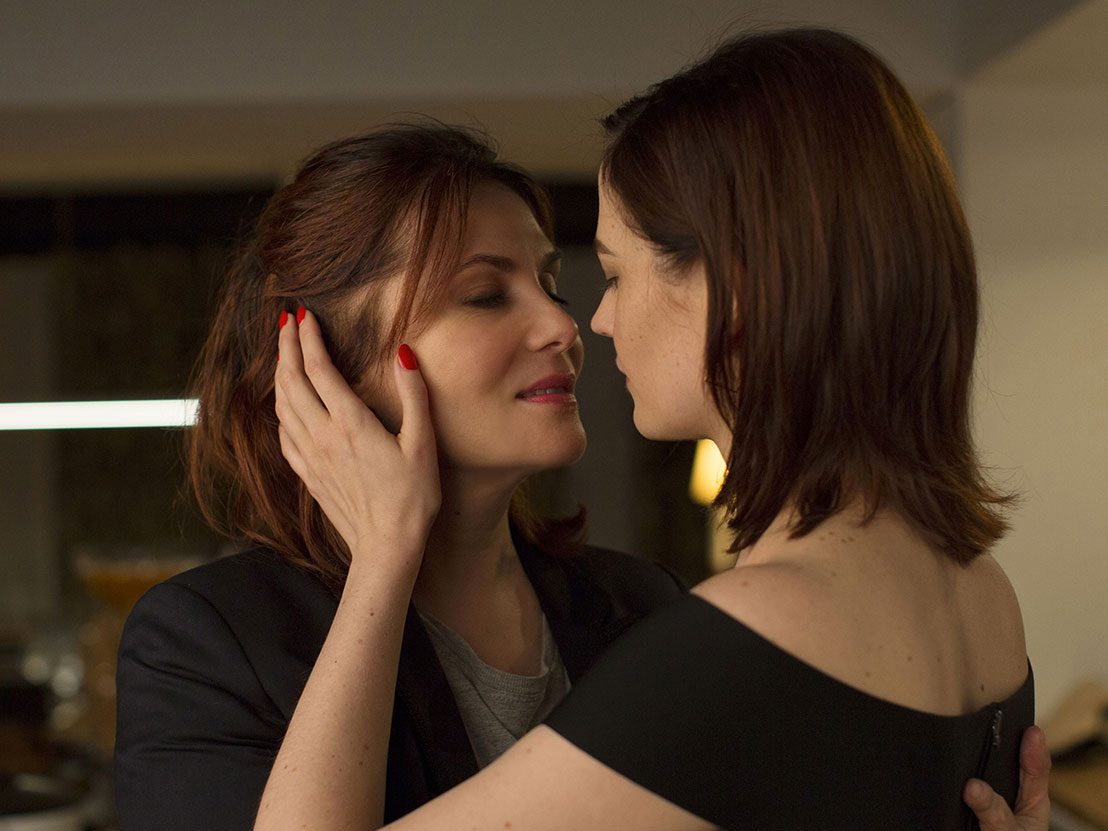 Based on a True Story – first look review

This cunning literary thriller from Roman Polanski intrigues rather than wows at the 2017 Cannes Film Festival.

Is there a more terrifying sight in cinema than Eva Green channelling all her pent up fury into a defective food mixer, smashing it into smithereens with the aid of a giant rolling-pin? This is an image which haunts the dreams of the successful author, Delphine de Vigan (Emmanuelle Seigner), who has made a financial killing by memorialising the tragic life of her late mother.

She lives in fear that fans will accuse her of exploitation, and that she is seen as profiteering from second-hand adversity. This paranoia is cultivated when Green’s “elle” (her) enters the fray, her apparent kindness always cut through with a malevolent unease. Elle works as a celebrity ghost writer, and lives in total ease with the notion of transforming real experience (or, at least, a person’s recollection of lived experience) into a glossy page-turner. Delphine’s literary celebrity means that her work is deemed more artistically valuable, and so the film starts to ask if all fiction isn’t just gussied-up non-fiction? Reality recycled.

This film was written by Polanski and Olivier Assayas, and the clammy paw prints of both filmmakers are clearly visible. Delphine feels suffocated by her fans and those who want to celebrate her work, and Polanski’s pet theme of how claustrophobia can manifest in unexpected ways is cleverly wrought into the text. And even when she opts for leaving her Paris apartment for a countryside retreat, the space and the ease of life actually are counter-weighed by the fact that she is now cut-off and vulnerable. She also thinks she might have the upper hand with the increasingly unreadable Elle.

Assayas brings over his abiding interest of the persona swap motif, and the film is essentially a psychological war of attrition between the two women. It’s rather a simple story and it deals explicitly with Big Themes, but it always seems to defy expectation and never fully descends into lurid pulp. It’s a film which does just enough to make you believe that what you’re watching is a real, human story, but with every scene, plants the seed of doubt as to whether Elle is some kind of psychic projection or the physical manifestation of a damaged mind.

It’s easy to dismiss this as light, late Polanski – a work-out more than a fully-fledged movie. But it does work nicely in tandem with his two of his recent films, 2010’s The Ghost Writer and 2013’s Venus in Furs. The former explored the ethical intricacies of writing about the lives of others, while the latter dissected the creator’s fragile ego and its tendency for self-destruction. The wall-to-wall synth Musak probably makes the whole thing a little tough to swallow, but this is rich with ideas and surprising wisps of drama. It’s also a highly self-critical film, which is an all-too-rare spectacle these days.