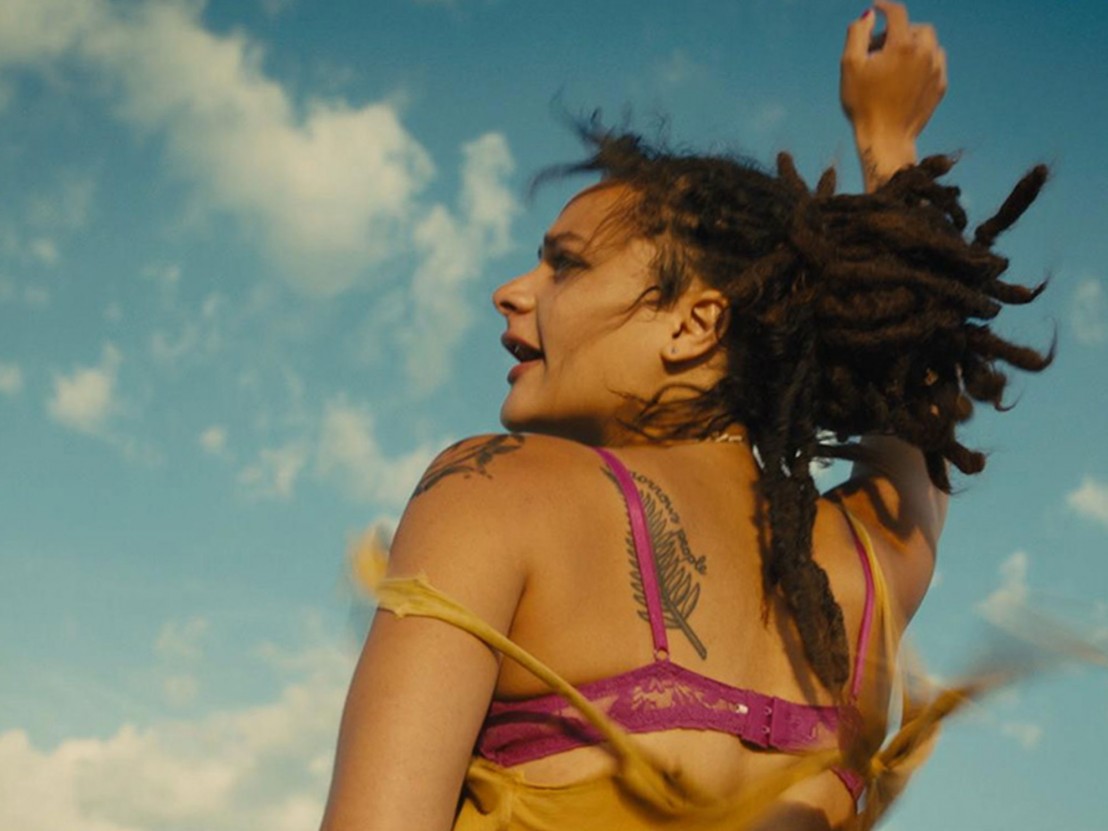 Andrea Arnold is an exciting director who knows how to create a thick patina of realism within which female protagonists stoically pursue improvement. It’s a little crushing, therefore, that American Honey feels unmoored from anything approaching real life.

Newcomer Sasha Lane plays Star, an 18-year-old Texan (“a real American honey”) who forages in tips to feed her young siblings. When Jake (Shia LaBeouf), with his long plait, flirty spirit and wild entourage starts making eyes at her, she dumps the kids on a sister, joining him on the open road with a rag-tag gang of music-pumping, firework-exploding, magazine-selling youths.

Jake is a nuts character, to a point both hysterically funny and deeply wearisome. In his introductory scene, set in a supermarket, he jumps onto the till’s conveyer belt to dance to Rihanna’s ‘We Found Love’. He spends the rest of the film being predictably unpredictable, zooming off on a motorbike, howling like a wolf, telling tall tales to would-be magazine buyers and, of course, cavorting with Star.

American Honey is a mood movie defined by music (everything from Ludacris to Mazzy Star) electrifying a van full of whooping kids who are speeding their way from town to town, selling magazine subscriptions to finance booze, food and nights in motels. There are two stars in American Honey: the labelled one and Arnold’s regular cinematographer Robbie Ryan. His roving camera matches the bombastic tunes with memorably high-octane photography. Whether filming the shapes and colours of the country, the city or the lead characters, he finds heady poetic detail that almost compensates for the growing sense that this film is riddled with falseness.

While it’s exciting and romantic on the surface, beyond the euphoric and self-sustaining eco-system in the van, there is nothing of substance. The Americans encountered are two-dimensional meat puppets. It’s implausible that strangers are uniformly cool with this roving gang of rowdy kids and their booming noises. There are no confrontations from other people staying at motels, even when fireworks are let off in the parking lot. The cautious attitude that rebellious behaviour inevitably brings out of conventional people is flattened down to enable Arnold to have her honey and eat it.

This same lack of definition is present across the ensemble cast. Apart from Star, Jake and hard-ass business director Krystal (played by Elvis’ granddaughter, Riley Keough), all characters are interchangeable. One likes to get his dick out. Another seems sad, but these are minuscule signifiers. Group members are as individual as faces bobbing in a festival audience. They party together, sleep together and tumble over each other like lobotomised kittens. They are given faux edgy dialogue that feels like lines, rather than real talk.

Sacha Lane has a watchful charisma and twitchy energy that is enjoyable to watch for stretches. These are always interrupted by some nonsense occurring. Character and anecdote are sacrificial lambs before American Honey’s central fixation of cranking up the drama of the everyday, forgetting to give its version of the everyday any ring of truth. It runs before it can walk. There is no familiarity or gravitas. American Honey is too restless and impatient to establish anything and instead rides high on an obviously fabricated atmosphere.