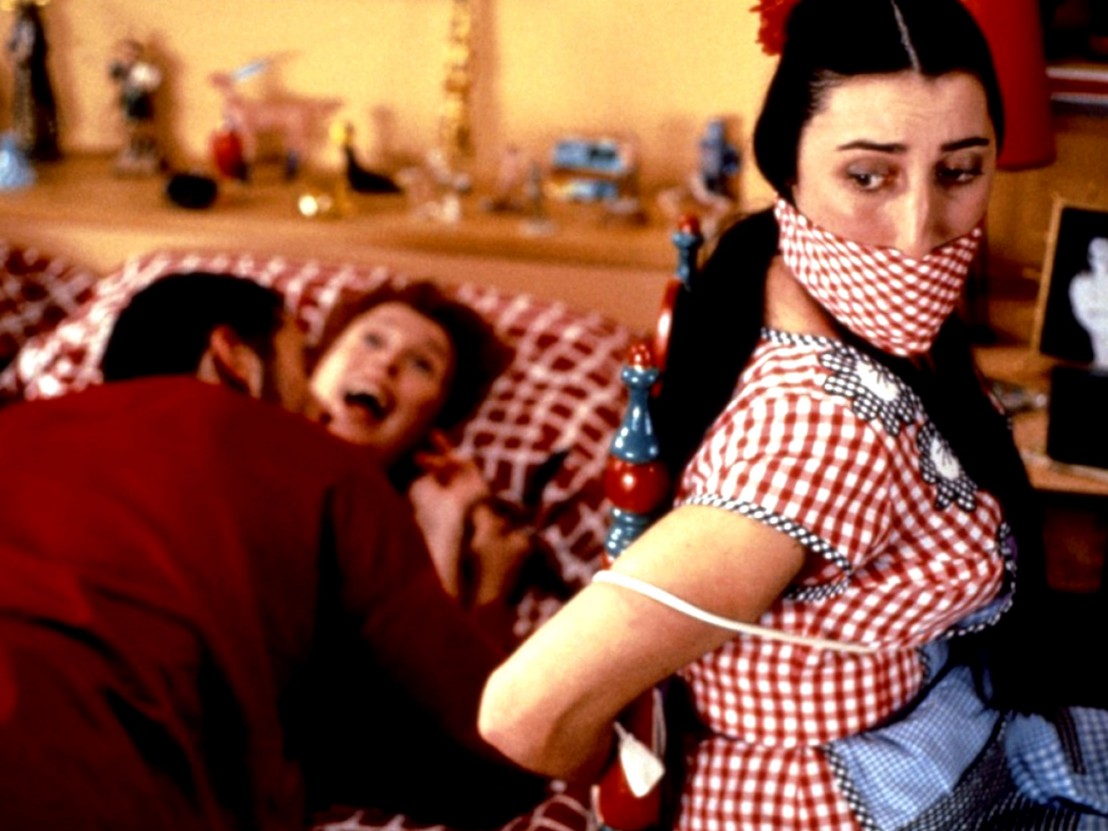 As the undisputed king of Spanish cinema returns with his sumptuous low-key melodrama, Julieta, we’ve decided to leaf through the Almodóvar archives to celebrate his early, funny work. Got a favourite film by the legendary director? Let us know @LWLies. 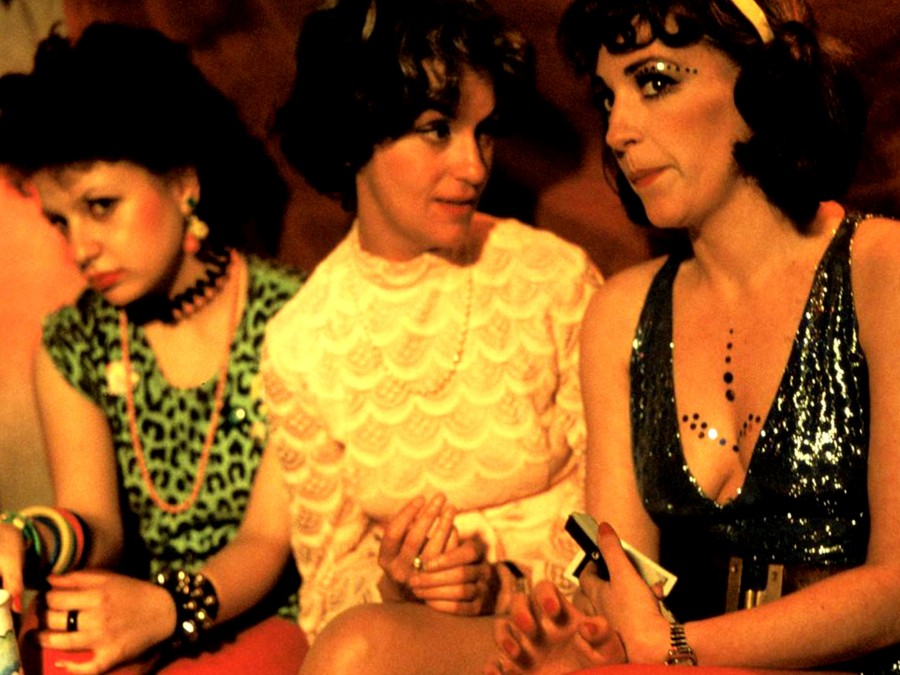 Shot on weekends over the course of 18 months, Almodóvar’s first commercially released feature (after the Super 8-shot Folle… folle… fólleme Tim!) is a scuzzy, lo-fi exercise in filmmaking on the run. As indebted to the punk sensibilities of Madrid’s underground arts movement, La Movida, as it is to the early films of Paul Morrissey and John Waters, the formal qualities which would come to define his later works are essentially non-existent. Bawdy and vulgar in its freewheeling narrative approach, thematic preoccupations take early root in its examinations of identity and sexuality. When Pepi decides to turn the story of her friends’ lives into a film, we’ve also the first instance of a common Almodóvar trope, the attempt to exercise control over life via its embellishment and reconfiguration through art. 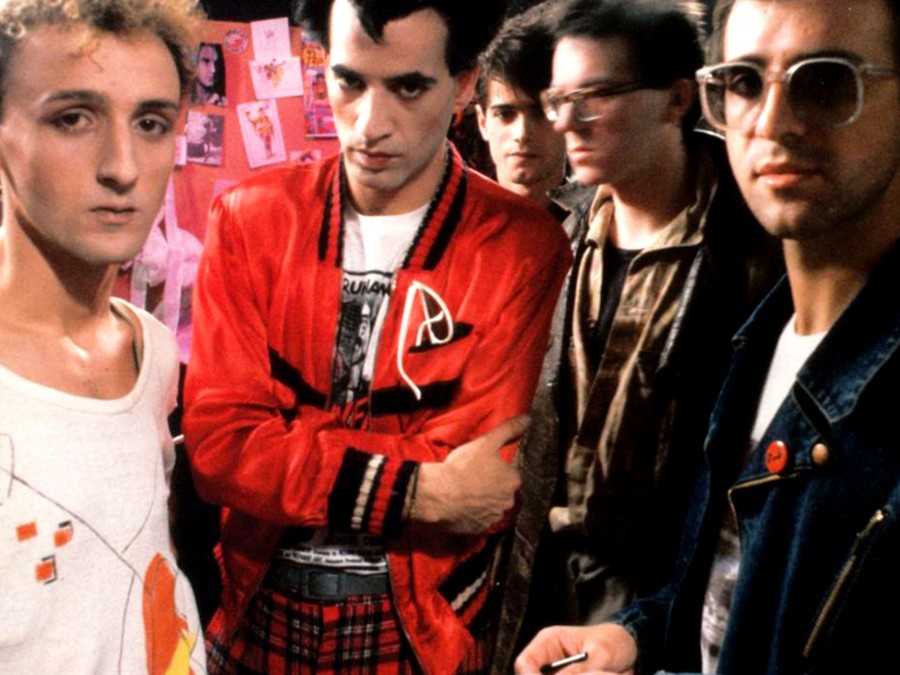 A step-up in terms of production values as well as structural complexity, Almodóvar’s second feature makes up in anarchic energy what it lacks in rhythmic finesse and narrative coherence. All the incest, nymphomania and banana skins gags one might have expected on the evidence of his debut are present and correct in this his first stab at a screwball farce. If the drawing together of all its tangential plot threads at the close brings to mind the later Women on the Verge of a Nervous Breakdown, the final shot of a plane taking off to the sound of its protagonists fucking signals much further ahead, to 2013’s I’m So Excited. Best scene: Almodóvar’s impromptu performance of ‘Suck it to Me’ with drag act Fabio McNamara, after the programmed band fail to show up, “due to problems with drugs, child trafficking, white slavery and a few other things.” 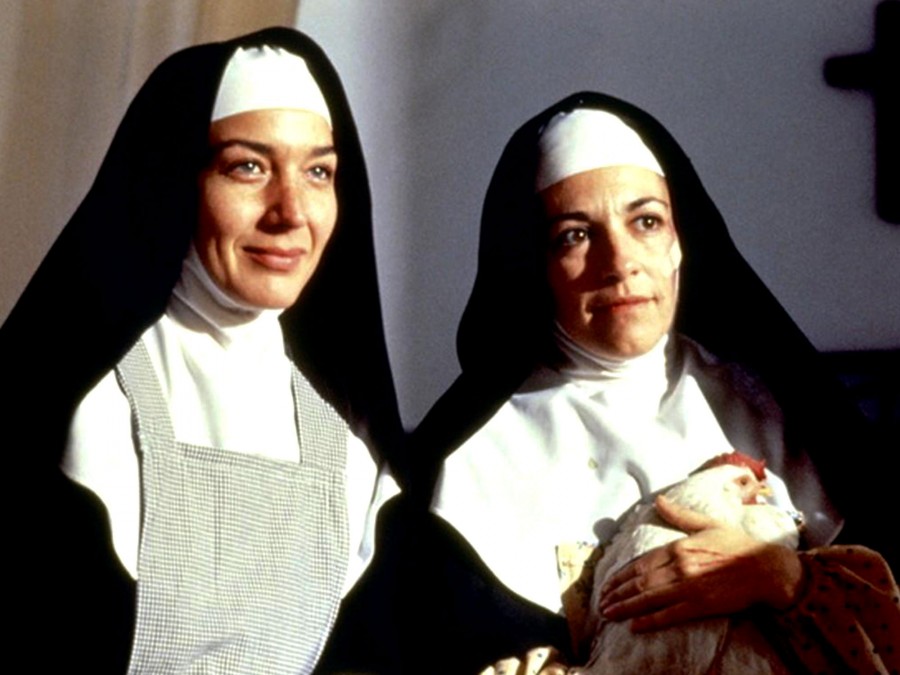 Almodóvar has always insisted on his innocence whenever the label ‘provocateur’ is thrown his way, but his punk attitude towards the establishment showed little sign of abating with his third film, Dark Habits. Sure, the nuns around whom the story revolves may have a penchant for the odd line or needle fix, but Almodóvar remains interested in individual lives and foibles above any collective or symbolic anti-clericalist position. His first toe-dip into the melodramatic territory he’d later make his own, it was initially written as a vehicle for Cristina S Pascual (after her husband provided funding). Presumably not wanting his preferred leading lady upstaged, Almodóvar accessorises Carmen Maura with a pet tiger. 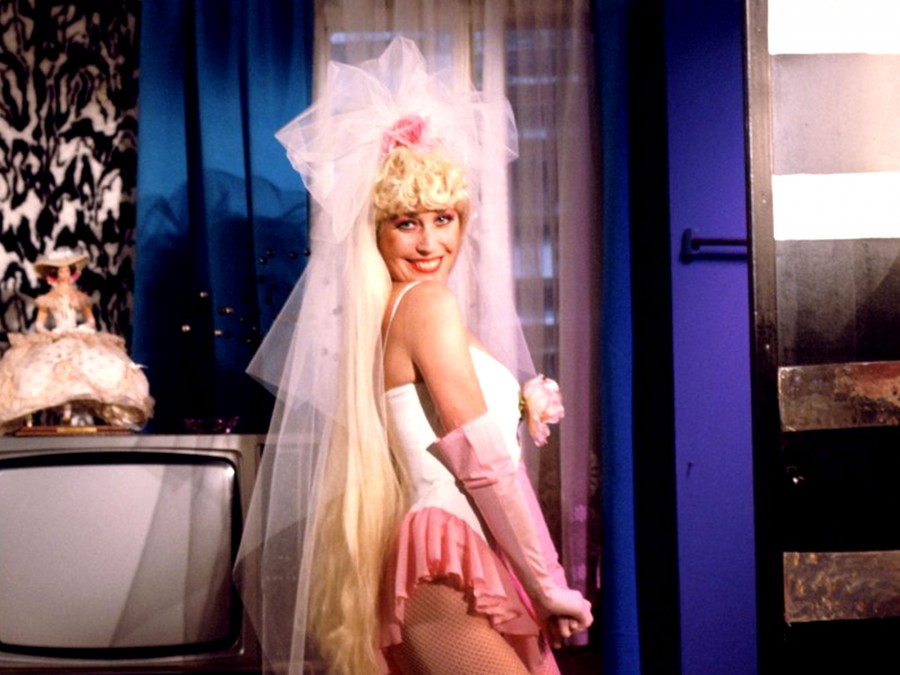 Carmen Maura’s housewife walks through a film crew in the opening shot as her son reels off a list of writers to his grandmother, asking which of them are realists and which are romantics. Almodóvar may describe What Have I Done to Deserve This? as his social-realist picture, but those early scenes alone indicate a greater interest in the way representations of reality can facilitate his genre-bending predilections. With more than a nod to Chantal Akerman’s Jeanne Dielman (the pulsing neon light outside the cramped apartment, its muted colour scheme), Almodóvar’s visual style coalesces here in a way unseen thus far, demonstrating a handle on the film’s tonal shifts that would elude him elsewhere. 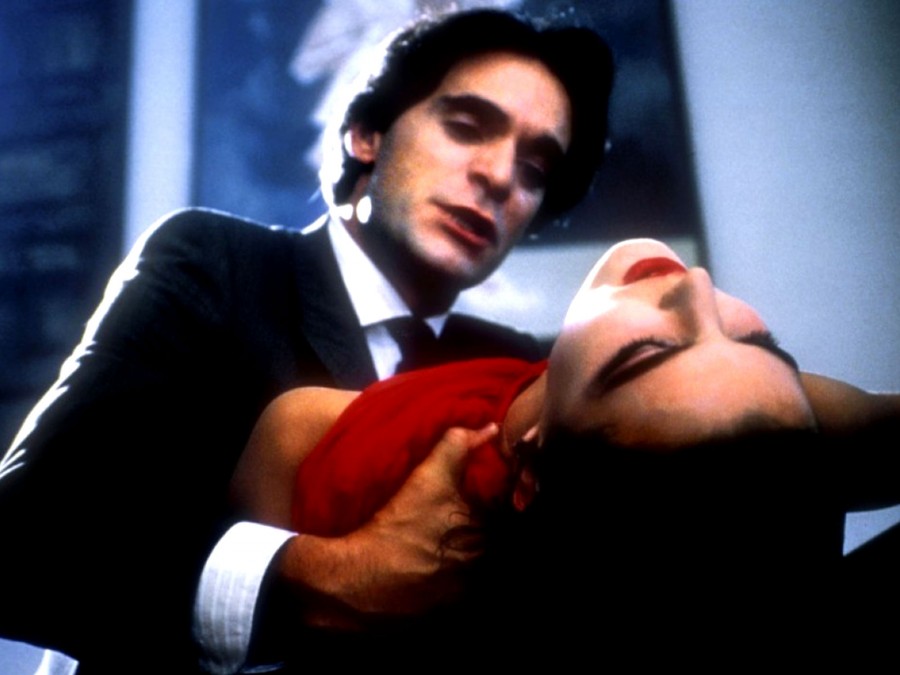 Providing a breakthrough role for Antonio Banderas after his first appearance for the director in Labyrinth of Passion, Almodóvar turns his attention to the male gaze (the audacious opening shows Torero, Nacho Martínez masturbating to a gruesome Jesús Franco gore flick) in this his investigation into masculinity and the relationship between sex and death. An examination of gender roles and identity wrapped up as a noir-ish sex thriller, the marriage of its themes to its narrative occasionally shows its seams. Taking the slasher movie as its rarely-referred-to template, Matador is at its best during moments of pitch black satire, deconstructing both violent machismo and victimhood by turning both on their heads. 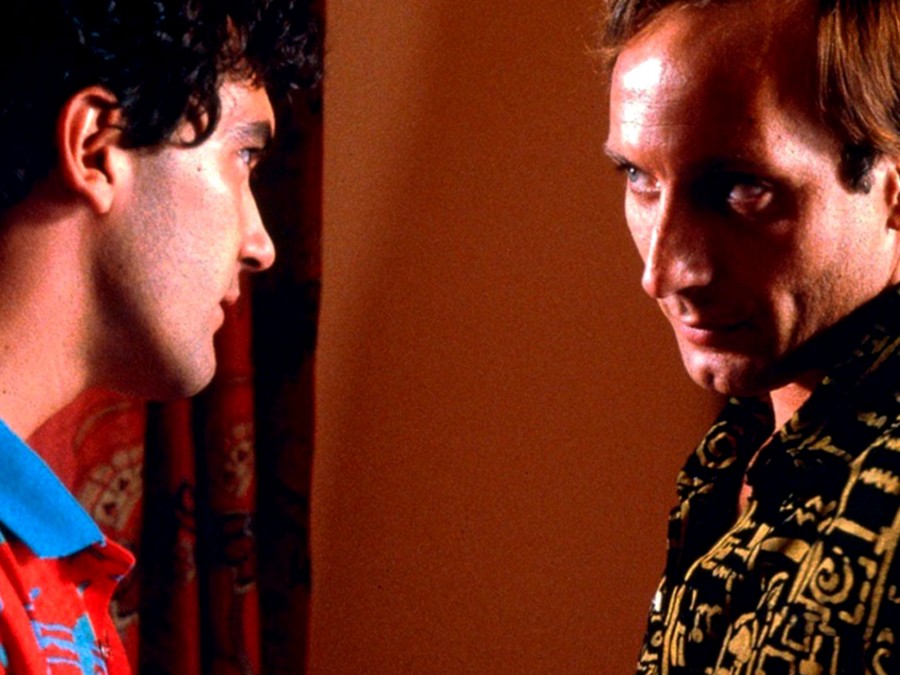 Almodóvar opens his best film of this period with his most confrontational scene to date, a fitting introduction to a film about the nature of control. A Hitchcock-inflected melodrama that escalates to operatic proportions, The Law of Desire represents a summation of the director’s themes and tropes up to this point (and beyond). Sexual identity and familial roles are explored and slyly inverted (the casting of Carmen Maura and Bibi Anderson proving key) as religiosity is subtly needled, his cast of regulars playing at the top of their game. Almodóvar’s knotty plotting may be as far-fetched as ever, but it’s tempered by a formal control that crescendos into sequences of ravishing beauty. 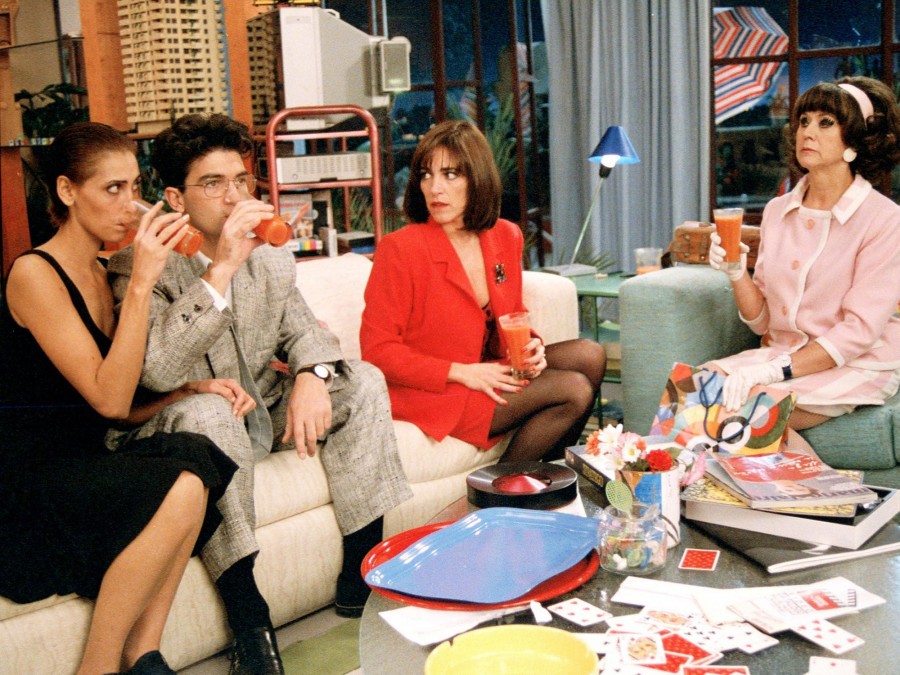 Women on the Verge of a Nervous Breakdown (1988)

As his biggest mainstream international success, it’s unsurprising that Women on the Verge of a Nervous Breakdown is considered the quintessential Almodóvar picture, one he would return to twenty years later as inspiration for the film-within-a-film segments of Broken Embraces. An expertly stage-managed farce, it’s certainly the director’s most theatrical undertaking. Steeped in cinephilia (count the Hitchcock references), it wears its artifice proudly on it sleeve, drawing both elements together for a scene in which actress Pepa (Maura) dubs Joan Crawford’s performance in Johnny Guitar, addressing her lines to a screen bearing Sterling Hayden’s image but her actor lover’s voice. Bright, snappy and exquisitely designed, it’s hard not to get swept along by its candy-coated self-propulsion, even as kitsch threatens to overwhelm. Featuring Almodóvar’s best fake TV adverts yet. 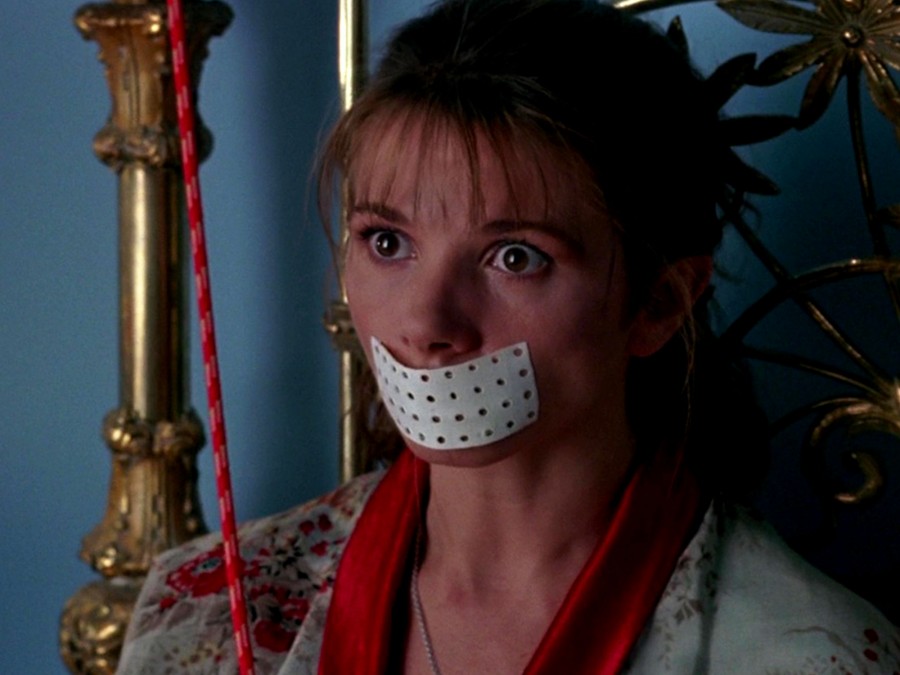 While he would later cover similar thematic ground (much more successfully) with 2004’s Bad Education, Almodóvar’s first use of the filmmaking process as an examination in role playing and artifice appears in the enjoyable, if tonally uneven Tie Me Up! Tie Me Down! Ennio Morricone’s score signals once again the Hitchcock touchstone, if this time once removed through the more apparent nods to Brian De Palma. If the Banderas character’s obsession with porn actress Victoria Abril brings to mind Body Double, the film-within-a-film they’re shooting is straight out of Phantom of the Paradise. Familiar explorations into the family unit bubble underneath, but they’re tackled more acutely by the director elsewhere. 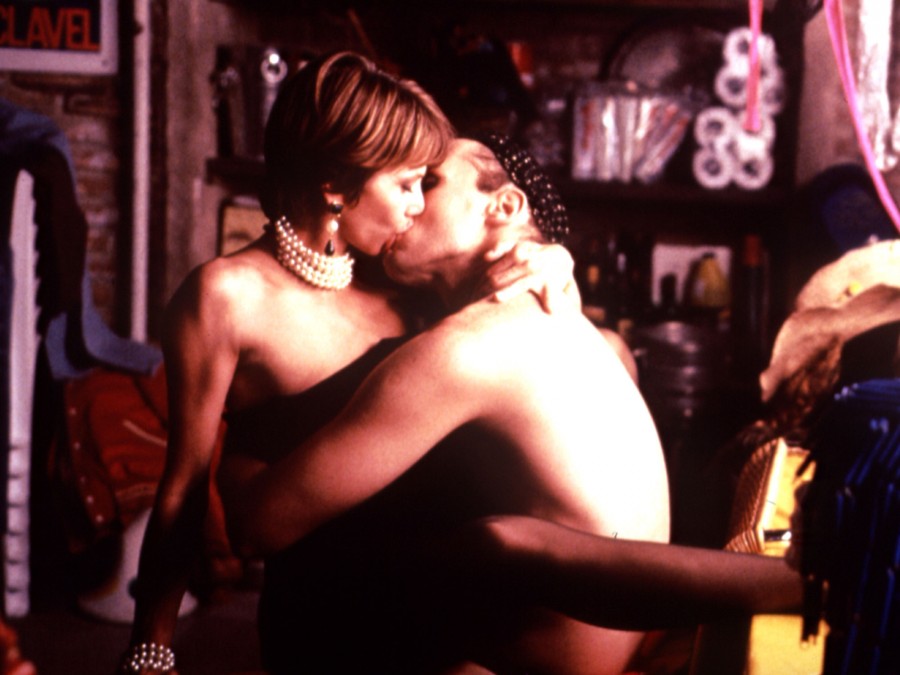 The low point of Almodóvar’s career thus far, High Heels is something of a disaster. His most explicit nod to the women’s pictures of the likes of Douglas Sirk to this point, it represents a huge backwards step in terms of rhythmic control after the sharp plotting and pacing of Women on the Verge of a Nervous Breakdown. If much of the humour fails to land, it’s the labyrinthine narrative that finally overwhelms, with much of what would usually be seen as welcome Almodóvarian tropes (the bright, rigorous visuals; the lip-synched musical interludes) here feeling more like strained affectations. 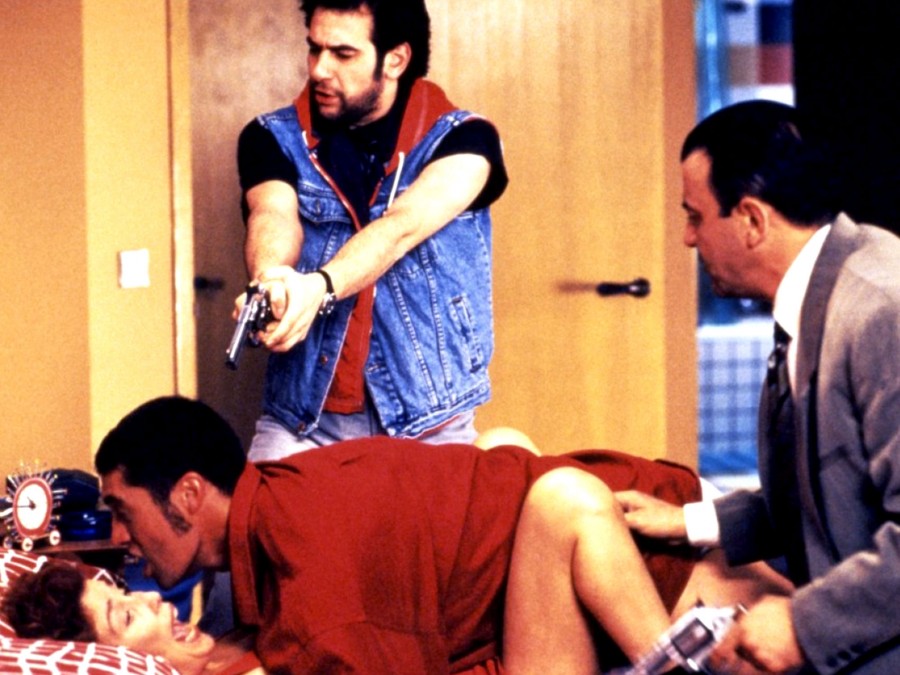 Said affectations raise their head again in Almodóvar’s biggest commercial flop, the gratingly bizarre and unintentionally self-parodic, Kika. Playing like Mike Leigh’s Happy-Go-Lucky made on a diet of amphetamines, the opening sequence alone elicits a sigh through its sheer obviousness, one that reoccurs every time Gaultier-clad TV presenter Victoria Abril shows up. Verónica Forqué’s effervescent Kika proves one of Almodóvar’s least engaging female protagonists, and if his examinations into voyeurism and extreme reality television are heavy-handed at best, it’s the detachment applied to Kika’s played-for-laughs rape scene, that signifies his clearest lapse in judgement.