Eever since she marked her feature filmmaking debut in 2014 with A Girl Walks Home Alone at Night, we’ve been keeping a close eye on Ana Lily Amirpour. She is arguably a director who suffered slightly from the insane hype that surrounded her breakthrough three years ago, but her latest effort looks fully worthy of the attention it’s sure to receive.

Described as a “crazed vision of post-society America” in our first-look review (which you can read here), The Bad Batch is a dystopian love story set among a community of cannibals in scorched plains of rural Texas. Excited yet? How about if we told you it stars Jason Momoa, Keanu Reeves, Diego Luna, Giovanni Ribisi and Jim Carrey, and is c0-produced by Annapurna Pictures and Vice Films? Thought so.

There’s a distinct George Miller / Nicolas Winding Refn flavour to this first official trailer, in which we gets flashes of cannibalistic behaviour and gratuitous shots of buff bods all set to an ice-cool synth beat. There’s also a hint of a strong central performance from relative newcomer Suki Waterhouse, who looks well poised to hold her own it what appears to be a male-dominated post-apocalyptic wasteland. We don’t know quite what to make of it, but we’re in. 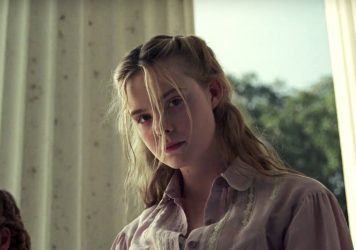 Sofia Coppola’s The Beguiled gets a stunning trailer