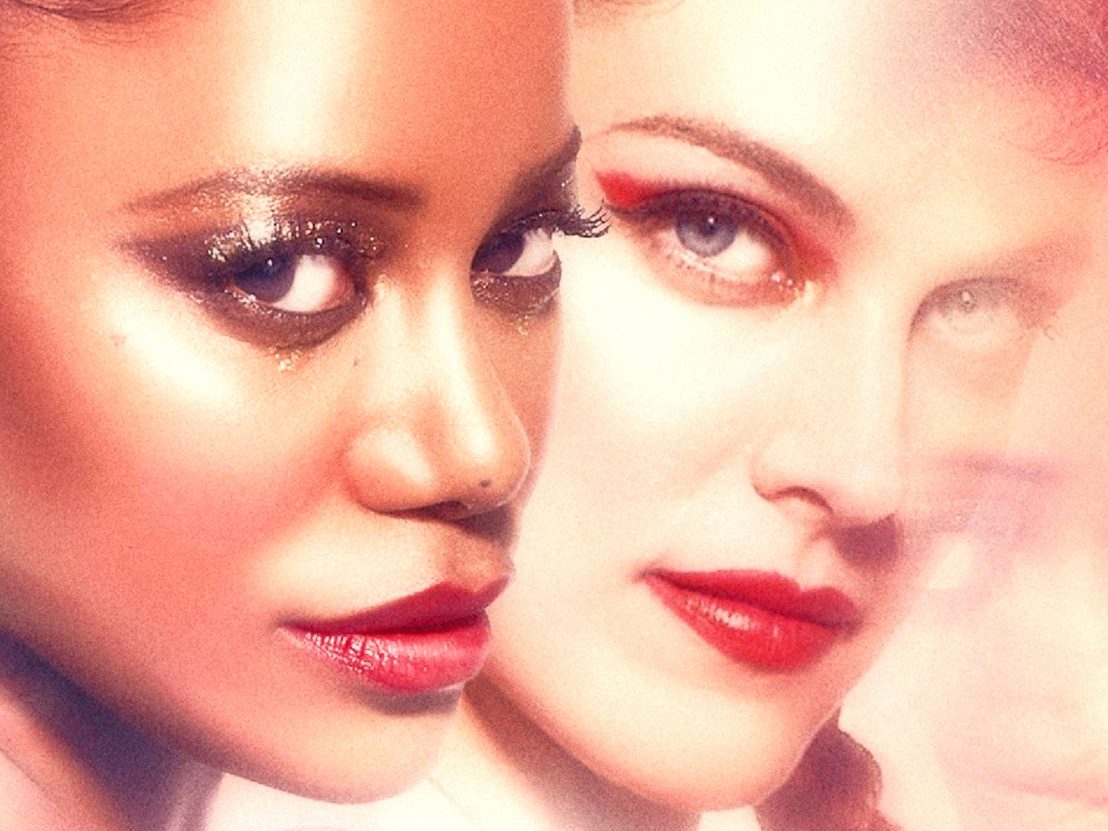 As the usual flurry of ‘film of the year’ listicles flood our timelines, we’re turning our attentions and tuning our ears to some of the amazing scores and soundtracks that accompanied our favourite releases of 2021. Here are 10 of the very best, which not only elevated their respective films but provided rich listening experiences in their own right.

Questlove’s Summer of Soul is the year’s best music documentary, examining the legacy of the 1969 Harlem Cultural Festival, a legendary event that provided joy and hope at a time when America was unraveling. Although this isn’t an original score, the music that The Roots’ drummer curates throughout the documentary consistently hits the right notes, providing a snapshot of artists like Sly Stone, Nina Simone, Stevie Wonder and BB King when they all were shifting the consciousness of Black America and taking soul music to new heights.

The score for this touching film about a troubled journalist (Joaquin Phoenix) going on an impromptu road trip with his little nephew (Woody Normon) is a lovely thing. These ambient songs are stripped back and minimalist, but they carry an undeniable tenderness and there’s a smart control of pacing that makes you feel like you’re in the middle of a euphoric lucid dream. It’s likely the Dessners’ work on upcoming musical Cyrano will steal the headlines and be seen as the nucleus for bigger and brighter things, but this intimate score deserves just as much attention.

Capturing the sound of 20th century Italy is a huge task, but one composer Dan Romer manages with Disney’s coming-of-age fantasy Luca. There’s beauty in every direction, with focused doses of accordion, mandolin and pizzicato strings capturing the gorgeousness (and slight eccentricity) of a small coastal Italian town that pins all its hopes and dreams with the mysteries washed up by the waves. The sweet melancholy of ‘That’s the Dream’ and the blissful adventure of ‘Vespa è Libertà’ are a great mix of traditional European sounds and Legend of Zelda-esque magic.

Crucial to the success of Denis Villeneuve’s Dune is Hans Zimmer’s ambitious music, which has the scope of an orchestral score, yet is executed through dread-inducing touches of electronica. “There’s no orchestra anywhere in Dune,” Zimmer told Variety, “most sounds are from specially commissioned instruments and new synthesiser modules”. By replicating a deep brass sound through electric cello and combining ethereal chanting and dark synths with Scottish bagpipes and niche woodwind instruments like the Armenian duduk, Zimmer’s music becomes an extension of a story that’s all about disrupting tradition and taking a step into the unknown.

It was another vintage year for Jonny Greenwood, with the Radiohead guitarist at the musical helm of Jane Campion’s The Power of the Dog and Paul Thomas Anderson’s Liquorice Pizza. But his work on Pablo Larraín’s Spencer felt particularly special, the composer nailing what it feels like to be caught somewhere between a dream and a nightmare. Jazz notes light up ‘Arrival’ and ‘Calling the Whipper In’, which both convey Princess Diana’s free spirit, while the strained saxophone cries and piercing Bernard Hermann-esque strings on ‘Frozen Three’ evoke psychological horror. This is music that swings violently between safety and danger, just like the film’s tragic subject.

On first listen, Mica Levi’s score for Zola sounds a little like a fairy tale. With all the whistling harps and wind-up music box melodies, you’re basically waiting for Snow White to start singing. But this Disneyfied sound disintegrates into brash trap synths, chilling piano, and crashing hi-hats, as Levi perfectly captures the tone of the film’s edgy road trip, which is filled with both adventure and danger. Levi’s work can sometimes feel overwhelmingly dark, but with something like ‘500’ and its plethora of bright sounds, you can feel her smile lighting up the recording studio. This is playful experimentation from a master eager to try something new, and our only hope is that Levi releases a four-minute version of ‘Here We Go’ so 2 Chainz can rap over it.

Whatever your thoughts on Nia DaCosta’s Candyman reboot, there’s no denying the brilliance of Robert Aiki Aubrey Lowe’s score. The composer focuses purely on dread, synthesising the sounds of bees and his own voice and then manipulating it all to replicate the harmonic depths of string and woodwind instrumentation. ‘Rows and Towers’ is especially unsettling, while ‘Music Box’ updates Philip Glass’ original Candyman theme and makes the film less like a Gothic romance by bending it out of shape, with fragmented electronics that brace you for terror. One can only hope Lowe is asked to score more horror films in the future.

In Julia Ducournau’s bold follow-up to 2016’s Raw, Jim Williams’ score becomes increasingly distorted as the extent of the changes to protagonist Alexia’s humanity is revealed following a car crash which resulted in a titanium plate being fitted to her head. It’s fascinating how this music combines dark mechanical soundscapes with transcendent classical motifs to articulate the conflict happening inside Alexia. ‘Justine Kill’ will make the hairs on your arms stand up, with the string section sounding like it’s letting out a death rattle, while the dark yet holy foreboding present on ‘Sarabande’ is simply mesmerising.

A prescient story about revolution, institutional racism and betrayal, Judas and the Black Messiah introduced a new generation to the story of activist Fred Hampton, who was murdered by the state in 1969. Sitting somewhere between funky and avant-garde, the film’s jazz-inflected score uses rapid drums which sound like machine gun fire (‘Rooftop’), and swaggering saxophone (‘The Inflated Tear’) to mirror characters who are hunted one minute and treated like kings the next. Most of these songs don’t last more than a minute, which means the music doesn’t overwhelm the film. Craig Harris and Mark Isham deserve huge credit for capturing the duality of the two lead characters in a way that feels entirely natural.

A film about the American Dream viewed through the lens of Korean immigrants, Minari explores the sacrifices involved in assimilation and the idea of embracing tradition while also creating new rituals for you and your family. The orchestral score by Emile Mosseri is instantly reassuring. Capturing stillness, ‘Garden of Eden’ is the musical equivalent of staring at a perfect sunset, while ‘Rain Song’ and its tragic vocals (“Lift your gaze as it departs to bid farewell to the season,” sings the film’s star Han Ye-ri) hint at growing pains.

Unusually, this moving, earthy score was created early on by Mosseri after reading the script, which meant director Lee Isaac Chung let the completed music inform and inspire his creative decisions during filming. The result is a film and a score that are perfectly in sync, with the delicate piano and supernal harmonies on ‘Find It Every Time’ allowing you to feel the light breeze on the Yi family farm. 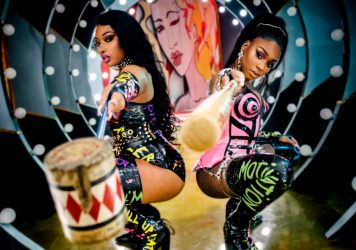 From Birds of Prey’s intoxicating mix of rap and pop music to Tamar-kali’s atmospheric Shirley score. 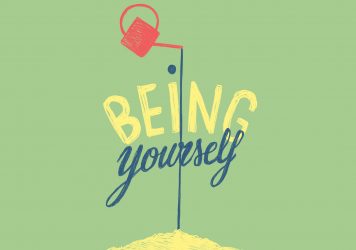 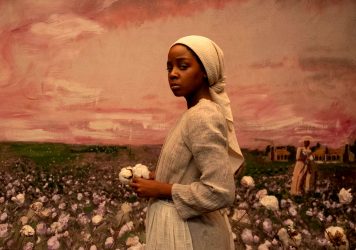 From Squid Game to Succession, we count down our favourite small screen offerings from a bumper year.