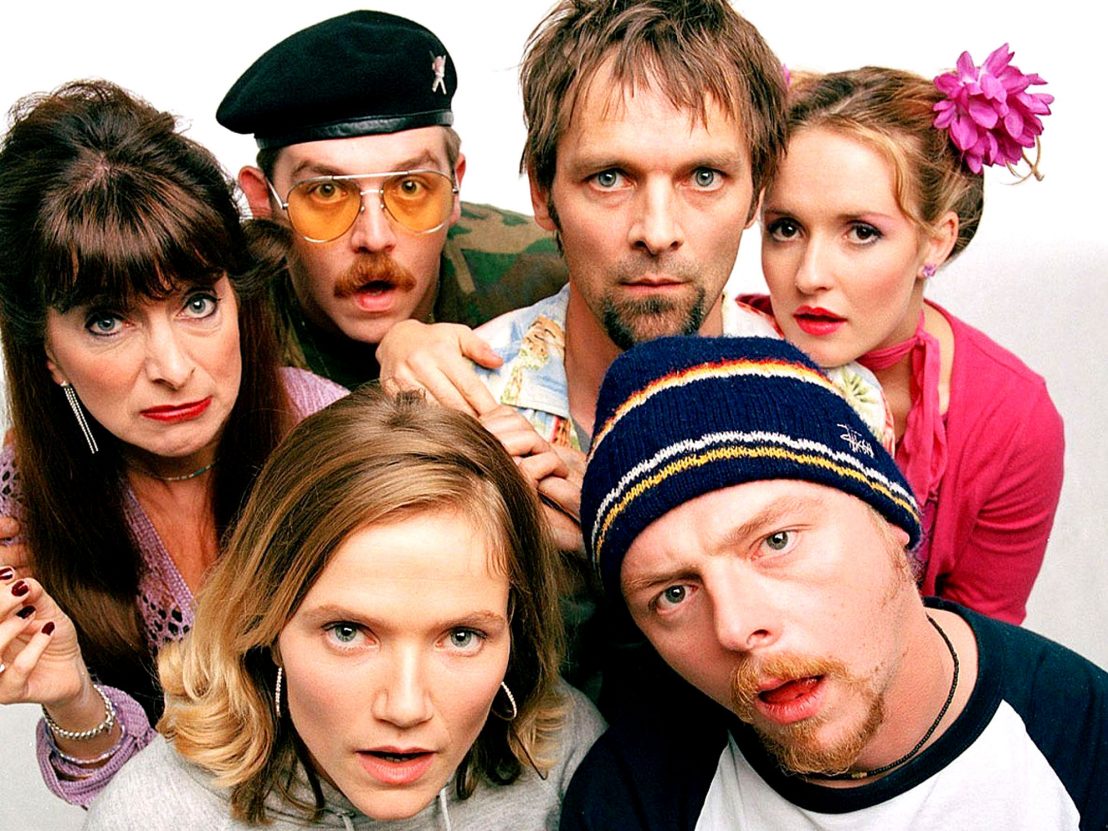 Twenty years after it first aired, Spaced, the short-lived sitcom that charted the often surreal misadventures of a group of slackers living in North London, stands as arguably the defining zeitgeist-capturing comedy of its day. Here, the show’s co-creators and stars Jessica Hynes and Simon Pegg and director Edgar Wright come together to reflect on the making of a British cult classic.

Jessica Hynes (Daisy Steiner): Simon and I had worked together twice before we started writing Spaced. We knew we worked well together and a Producer even suggested we come up with an idea for a show. I thought ‘I’m not going to let this opportunity go’ – so I sat down and tried to conceive something.

Simon Pegg (Tim Bisley): A producer attached to the Paramount Comedy Channel said, ‘We’d like to make a vehicle for you and Jess.’ We responded positively but said we’d like to write it. It was a very experimental, fertile time for comedy. We didn’t even have to do a pilot, we just went straight to series on Channel 4 after we cooked up the premise. We wanted to hang the whole thing on a very conventional sitcom trope: the friends-pretending-to-be-a-couple-to-get-the-flat thing – and from that, we wanted to take it all over the place.

Edgar Wright (Director): I’d worked with Jess separately on the first thing I ever did on TV, which was a David Walliams and Matt Lucas show called Mash and Peas. I met Simon through Matt and Dave because David and Simon had gone to Bristol University together. Simon and Jess made the TV show Asylum and I had been Directing it. It was very clear they had amazing chemistry.

JH: I was inspired by things like The Young Ones and Girls on Top – anarchic, original stuff, written by the comics. That was my benchmark. At the time I started writing I was 24 and had lived in London for eight years. There’s something about your early twenties where things are magical and you overcome things because you’re young. I wanted to write something that reflected the intensity, characters and people in my world and make something that reflected my generation.

JH: Marsha [Julia Deakin] was based on a landlady that had lived above me and she had a daughter who she argued with constantly. She became a kind of amalgamation of a lot of the strong women of my childhood – dry, witty single mums who liked a glass of vino. Her world was really the world in which Spaced emanated from.

SP: I was Tim. He was a projection of who I was at that time. I skateboarded – I didn’t work in a comic shop but I sure would have loved to. I spent a lot of time watching TV and smoking weed in our flat in Kentish Town, which I shared with Nick Frost [Mike] and Michael Smiley [Tyres]. Tim and Daisy were our own avatars really.

JH: It was a case of looking at what comedians were out there and thinking about who would be the best for each role. Mike was a character we had seen Nick perform before, so he came into the show fully formed.

SP: Mike was a character that Nick did for shits and giggles before he was an actor. It was his take on this territorial army guy. I said to him, ‘Do you want to use that character and be in the show?’ At the time he was a waiter at Chiquitos. He’d had a go at stand up but found it a little bit like jumping in at the deep end – so he agreed to come onboard. 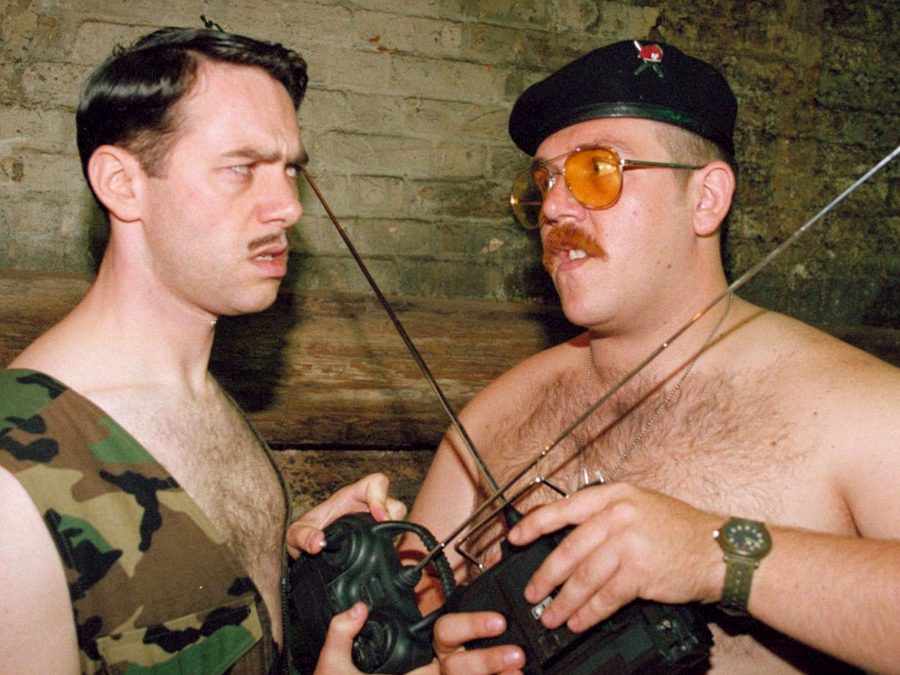 JH: Mark Heap [Brian] was so perfect. He brought this incredibly different, brilliant energy to Brian and did it with this real nervousness which defined him. I can’t imagine him being played any other way. Katie Carmichael [Twist] is someone who got me into doing the sketch show Six Pairs of Pants which is how I met Simon and how this whole thing came about so I really wanted to get her involved. There was this quiet, twee character he sometimes did – so I thought I’d write that. She became a little spiky and edgy.

SP: Tyres was [Michael] Smiley. Prior to becoming a stalwart of the stand-up circuit, Michael was a cycle courier and a raver and lived an insane life where he was delivering parcels by day and eating shit tonnes of ecstasy all night. He could play that character with the utmost authenticity – every repetitive sound he heard, he would immediately start dancing.

EW: I remember going to Jess’ house and Simon was there and they were writing. I’d drawn storyboards into the margins of the script that had ideas of how you could do different things. I think I added a lot of visual elements to the first series and then Simon and Jess wrote a lot of that stuff into the second series. There were lots of touch points: The Simpsons, The Young Ones, Reggie Perrin, which is a show that not many people give enough credit to in terms of whimsical dream sequences. That was a show I drew on for Spaced. After doing stuff for the BBC where I was like the odd-kid out, it was such a breath of fresh air being on Spaced and working on something where the network didn’t bother us at all.

SP: We didn’t have any notes. It was incredible actually. We were left alone. Edgar’s style and sensibility just fit like a glove. I remember looking at his notes from the first episode and thinking, ‘Fucking hell… it’s like he can see into our minds!’ – and yet it was nothing Jess or I could have ever articulated in any way.

JH: There were only ever allusions to drug use – even with smoking dope. I look back and realise the level of subversiveness that was inherent in the very casual way we explored drug use. I didn’t question it because that was my experience throughout my whole life – it wasn’t something I thought was sensational or unusual.

EW: I was more of a drinker, but that was something they were very keen on doing: showing the drug experience with no moralistic slapdown at the end of an episode. What I like about Spaced is that it doesn’t make a big deal about it – it just is. They smoke weed, go out on ecstasy, have a great time and nothing bad happens. It was so matter-of-fact. You’ve seen the other version of those scenes ad-nausea. I feel like Spaced made it a bit more normal. 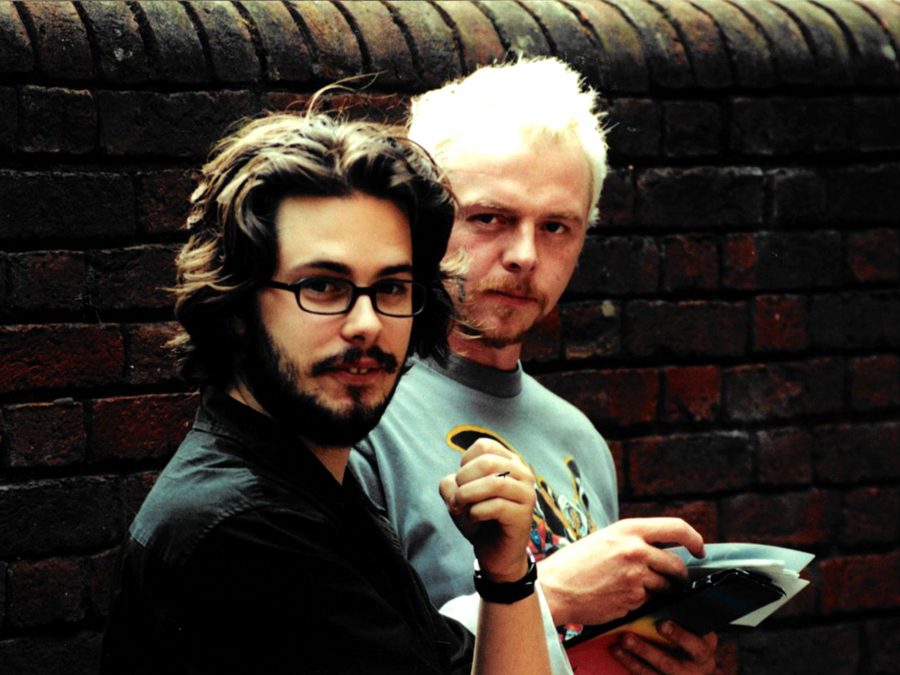 SP: There’s nothing worse than people guessing what subcultures are like and getting it wrong. The whole clubbing episode was all about how you can go out, take ecstasy and not die, because all the messages related to drugs were always based on some punitive BS where something terrible happens. We wanted to show that no, you could actually go out, come back alive and have a really great time, with no moral judgment either way.

EW: I look back on it incredibly fondly because it’s one of the rare times where the show and socialising just seemed to blend together. I miss that, in a way. Everyone gets grown up with lives and kids and Spaced was probably the last time where we would actually shoot together and all hang out, go to parties and do fun, stupid stuff – then we had to be grown ups. In a weird way, I think that’s one of the reasons why there was no series three – there’s an element where life got in the way and we couldn’t really fabricate being those people anymore.

SP: It would have liked to have done a third season and ended it there. It would have led to a much more satisfying conclusion. I think Tim and Daisy would have finally admitted their affections for each other and acted upon that – even if there was a post-script that said they went out for three years and broke up. There is that curse of the ‘two series’ thing in the UK. Just because Fawlty Towers did it everybody thinks that’s what you should do – I don’t think that’s necessarily true.

JH: We had loads of ideas. Hopefully we would have just tried to make it bigger and better. It would only ever have been about how the characters connected and how they would have progressed. I think it would have been a lot of fun.

EW: I feel like good work finds its audience. It might not be on the day it was transmitted, it might not be the opening weekend of the film but something good will find its audience eventually and that’s what happened with Spaced – and because there’s only two series, it never outstayed its welcome. People never got a chance to get sick of it so I think a lot of viewers feel the same way I do about it: that it was just this perfectly formed little bauble that was on your TV for two series, didn’t outstay its welcome and ended on a beautiful final note.

SP: I think because it captures a specific moment in time and space, that’s probably added to the attitude people have towards it. I look back and miss the ignorance we had – I have a production company now and it’s fucking hard. To go back and think how Jess and I blindly went for it and were allowed to do that – that isn’t how it works.

JH: I’m very happy that people still love it because I certainly do. I still get letters: ‘We fell in love to this show’ or ‘It’s our wedding anniversary and when we first met we watched Spaced and we love it’. It makes me feel great because that was absolutely the intention and it makes me so happy to know that it still gets that kind of love and appreciation. 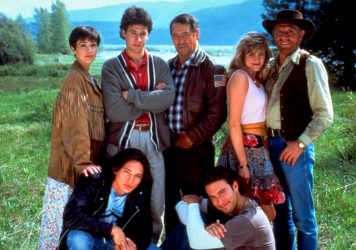