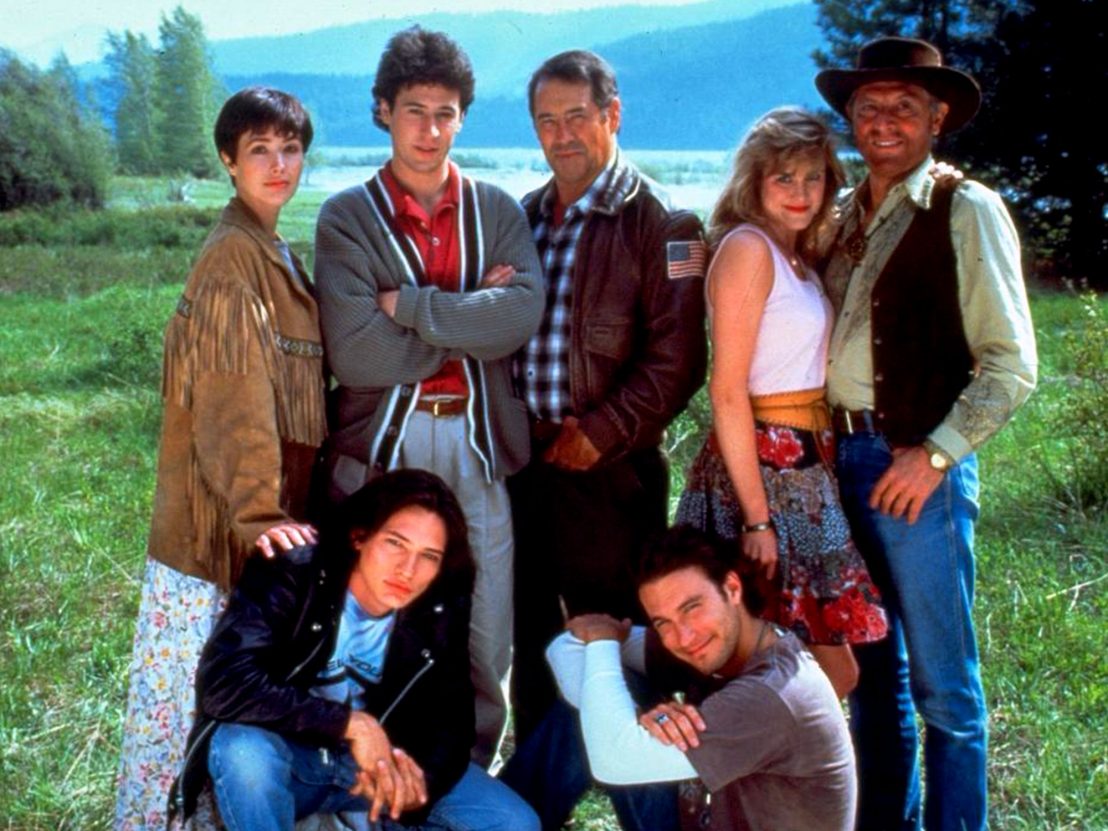 At a time when many of us are still recovering from the mind-blowing third season of Twin Peaks, and adjusting to the void it has now left in our lives, another cult TV show from the ’90s might just provide some solace and existential healing.

Northern Exposure follows Joel Fleischman (Rob Morrow), a young doctor fresh out of Columbia University and eager to set up his own practice. A true New Yorker at heart and something of a city nebbish, he is sent to work in the small fictional town of Cicely, Alaska, to repay his debt to the northernmost US state which paid for his education. A bitter, nervous wreck of a man, Fleischman is forced to adapt to a quiet lifestyle he does not understand.

Shot in the city of Roslyn, Washington, Northern Exposure has a particularly foggy, mountainous look that immediately recalls David Lynch and Mark Frost’s brainchild. Twin Peaks is set in Washington state and much of its exterior footage was filmed in various locations about an hour’s drive from Roslyn. This may sound a little suspicious, and journalists at the time certainly thought so, pointing to all of the odd similarities between the shows. Like Kyle MacLachlan’s agent Dale Cooper in Twin Peaks, Joel Fleischman is an outsider from the big city, with his own defined personality traits, tics and obsessions. Mädchen Amick’s diner waitress Shelly Johnson finds a double and a namesake in Cynthia Geary’s Shelley Tambo. Even the Log Lady seems referenced in the figure of dotty shopkeeper Ruth-Anne (Peg Phillips).

But while Twin Peaks undeniably had the greater cultural impact, it seems unlikely that the now all-but forgotten Northern Exposure set out to imitate Lynch’s hit creation. Originally airing just three months after Twin Peaks, Northern Exposure put an end to speculation and accusations very early on in its fifth episode with a wonderful metatextual sequence, the kind of self-reflexive and playful detour that became a signature feature of the show.

An unexpected parenthesis in the middle of the episode’s linear narrative sees Joel, his girlfriend Elaine and local bartender Holling Vincoeur (John Cullum, who recently starred in Antonio Campos’ Christine) checking out the local waterfalls: cue the Twin Peaks theme, mentions of donuts and cherry pie, a discussion on the power of the unseen, and even a reference to Susan Sontag.

Despite their similar setting, with the same mysterious woods, frisky weather and crisp blue skies, the shows are diametric opposites in terms of narrative and tone. Where Lynch’s nightmarish vision trades in the malaise and fear that are often associated with life in a small American town, revealing the morbid obsessions that can arise in a place where everybody knows each other, by contrast Northern Exposure creators Joshua Brand and John Falsey see the inherent goodness in local community, where people tolerate and love each other despite their differences, big and small. 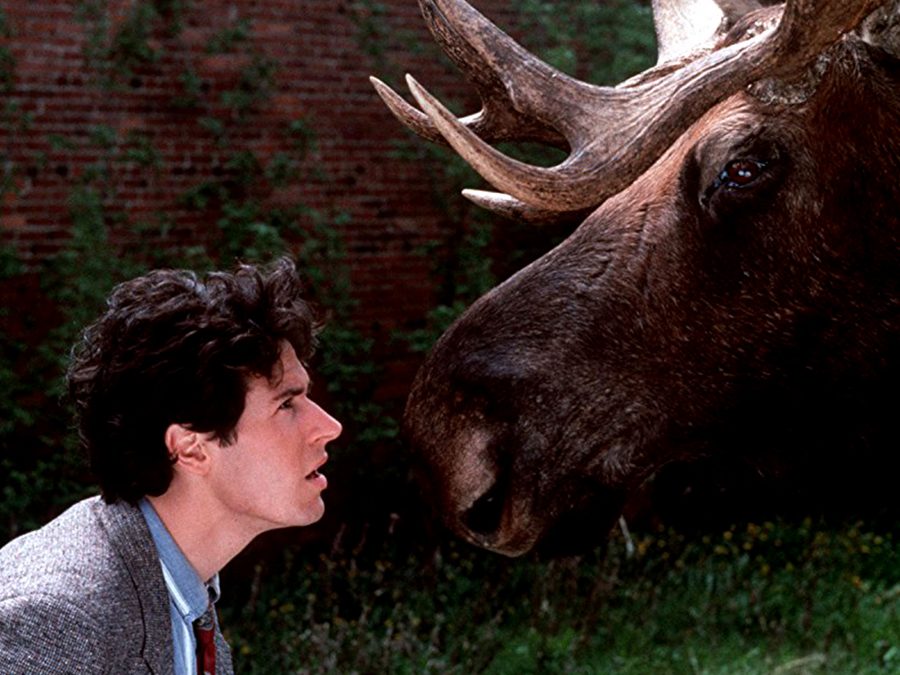 This may sound just like any other feel-good American TV show where people fight and make up over the course of episodes and seasons, but Northern Exposure is in fact quite unique, operating entirely on its own terms. Brought to life as a midseason slot-filler for CBS, the show did not come under much pressure from either the network or the producers, leaving Brand and Falsey free to create a show where a doctor is sent to a remote, cold place but rarely saves lives; where many people die yet there is no murder mystery; where simple small-town life and literature naturally coexist; and where not everything is explained but everything is well.

Indeed, Northern Exposure is not a show that captivates its audience with a goal-oriented narrative or a mystery waiting to be solved. It has no particular visual style to speak of and doesn’t feel like the realisation of a director’s grand vision the way Twin Peaks does. Nor does it attempt to cheaply hook viewers with the type of mindless melodrama that is designed solely to satisfy an insatiable curiosity to know what happens next. Instead, Northern Exposure engages its audience like a good friend would, addressing viewers as equals, directly and with real compassion.

Northern Exposure is full of references to films, literature and critical theory, mostly introduced via monologues from Chris Stevens, the local radio DJ. Payed with unforgettable charm by John Corbett (perhaps more famous for playing Aidan in Sex and the City, but here younger and sexier) ‘Chris in the Morning’ regularly reflects on issues related to the human condition, citing conflicting arguments from various classic authors and thinkers, and almost always finding a vague yet satisfyingly poetic solution.

The reverential attitude towards the arts within the world of the show is fulfilling and nourishing to an overwhelming degree, especially in the context of contemporary film and television, where empty references and destructive irony so often pass for intelligence and wit. By contrast, Chris humbly sits on the shoulders of those who came before him.

Far from mocking Chris’ passion for the Arts or reducing his references to hollow name-dropping, the show also recognises the fundamental importance of the past; the need to remember history is a central theme across its six seasons. Several episodes are dedicated to the fictional story of Cicely’s foundation as a cultural hub, and the perpetual tension between one’s roots and the outside world is at the core of Fleischman’s existential malaise.

Such earnest concerns make for many moving and revelatory moments, but these would not be as endearing and unexpected without the writers’ impeccable perceptiveness in differentiating between the characters’ legitimate concerns and their silly, purely trivial worries. The narrative drive behind each episode, as is the case with many other feel-good TV shows, is the sense of self-importance felt by the characters. Their selfish actions and concerns create conflicts which are eventually resolved when they calm down and recognise the error of their actions.

But what makes Northern Exposure so special is that despite showing these characters dealing with emotions they struggle to understand themselves, it does not take their concerns seriously. When Joel protests about how cold it is, or laments the loss of his New York City lifestyle, there is absolutely no one there to participate in his self-pity – which only frustrates him more, pushing him even further into stubborn pettiness to great comedic effect. Unlike Joel, most of the locals are almost completely at peace with the fact that the world does not revolve around them.

The character that best illustrates this peace of mind is Marilyn (Elaine Miles), Joel’s Native American secretary, who always answers to his complaints with the same silence and blank expression. Yet far from being a mere straight foil to Joel’s disproportionate egotism, she actually embodies the holistic philosophy of the Native American community that constitutes a large part of Cicely’s population. While Joel is paranoid about people insulting him, taking away his privacy, or generally abusing his kindness, Marilyn and the other Native Americans who appear regularly throughout the show have such confidence in themselves and trust between one another, that they often do away with Western notions of politeness altogether. This way of life is of such significance in the show that, at the end of the last season, a new low in Joel’s personal life pushes him to move to a Native camp to try and find real peace, leading a simple life stripped of ambition, self-doubt and fear.

With moving grace, Northern Exposure itself achieves the very humility that Joel is striving for. Despite its realistic appearance, the show’s numerous meta-textual references constantly highlight its artificial nature, as if to remind us that this is, after all, just a show, and that real life is to be lived elsewhere. This is a profoundly melancholy and bittersweet confession for the creators of the show to make, but it also speaks of their incredible generosity, pouring out such time and energy into a work they admit is not vital.

Rather than highlighting the tragedy of it all, however, the writers find joy in the triviality of any human endeavour and clearly see the beauty in their illogical, selfless gift. The self-reflexivity of Northern Exposure – its unreal nature – is precisely what allows for so many moments of pure magic, completely divorced from the rules of logic or science and only sporadically explained by Native American legends and religious belief. In Northern Exposure, beautiful women can steal your voice, people dream each other’s dreams, dead boyfriends come back as dogs. The Aurora Borealis, visible from Alaska at a certain time of year, is at the centre of some of the show’s craziest episodes.

Yet one of Northern Exposure’s standout moments is actually rather low-key. It centres on Ed Chigliak (Darren E Burrows), a half-Native American teen and wannabe filmmaker who was abandoned by his parents as a baby and is now trying to uncover the identity of his biological father. Ed’s adoptive family knows nothing, and the boy is about to give up his search when he is suddenly visited by One-Who-Waits (Floyd “Red Crow” Westerman), a community elder and shaman who only Ed can see. As the two of them walk across the Alaskan landscape, One-Who-Waits pauses in silence to listen to the wind, listen to the water, feel the ground for any answer as to who Ed’s father might be. There is no CGI or music, the old man’s eyes do not roll into their sockets and he does not start shivering in a trance, yet the nature around him suddenly seems alive.

During the show’s homage to Twin Peaks, Holling is explicitly referring to David Lynch’s monumental creation when he says “oftentimes, it’s what you don’t see that opens up your mind to the imagination.” Yet perhaps no TV show demonstrated this principle with as much enthusiasm and generosity as Northern Exposure.