From Jaws to The Shallows, what is it about these prehistoric ocean predators that induces such raw fear? 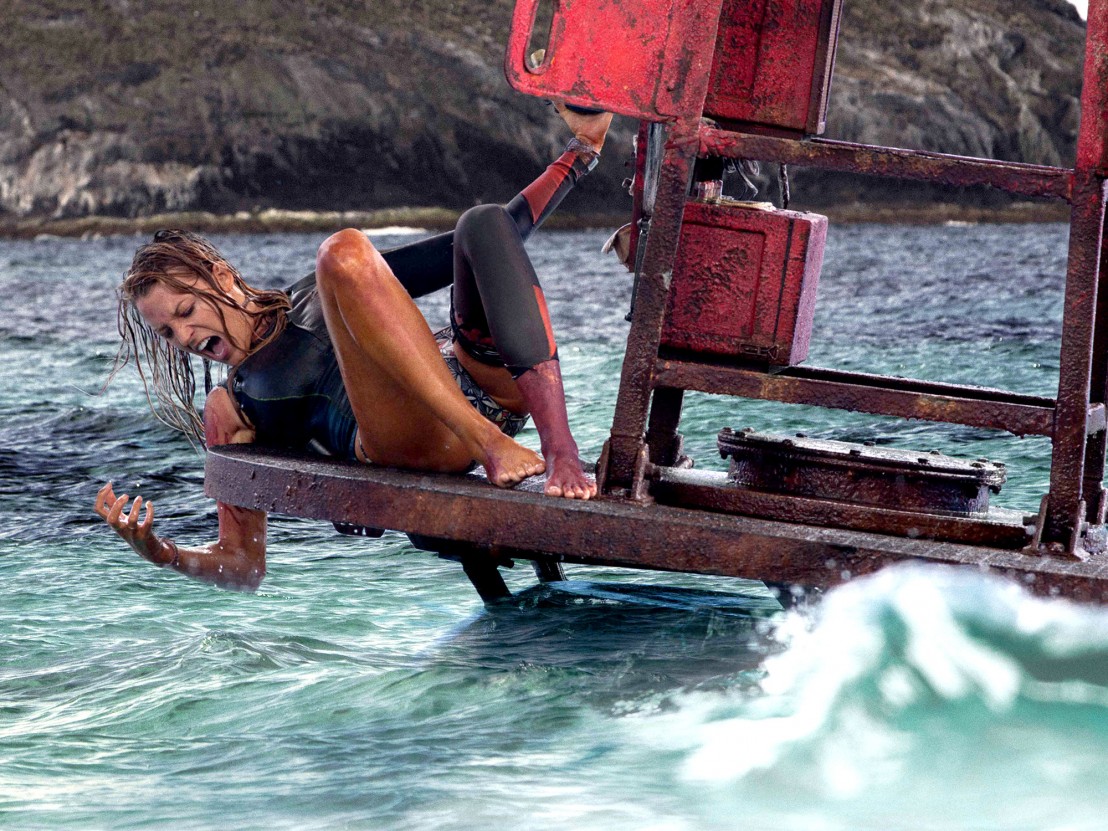 In a summer beset by underwhelming and under-performing releases, The Shallows arrives in the UK having already become a surprise hit across the pond. On the surface, its winning formula is nothing new – director Jaume Collet-Serra’s suspenseful horror/thriller sees a bikini-clad Blake Lively try to outwit a terrifying great white tantalisingly close to shore. Yet favourable reviews and an impressive box office performance mark this as yet another strong case for adding a shark into the mix.

To understand why this particular screen antagonist continues to endure, you have to go back to the origins of summer movies themselves, and the birth of the modern blockbuster. Steven Spielberg’s Jaws gave terror its own theme tune, creating an iconic movie villain that persuaded an entire generation to think twice before going back into the water, one which still fascinates audiences today. Numerous Jaws sequels followed, all of which found some degree of financial success, while the likes of Deep Blue Sea, Open Water and others have brought audience flocking to multiplexes like tourists to Amity Beach.

One explanation for the popularity of shark movies is their simplicity. Jaws’ dead-eyed antagonist didn’t attack The Orca because of some personal vendetta; it wasn’t working out any Daddy Issues or seeking revenge. Sharks attack people because, in the movies at least, that’s just what sharks do. They are merciless killing machines – supreme predators which, to paraphrase Michael Caine’s Alfred from The Dark Knight, “can’t be bought, bullied, reasoned, or negotiated with.”

The movie shark’s second strength is the mundanity of its surroundings. Great horror has the ability to manipulate certain environments, objects and settings which are supposed to make us feel safe, thereby making us realise how vulnerable we truly are. Frightening creatures invade our bedrooms, our dreams, and in this case a day at the beach. Shark movies are so effective because they tap into a primitive, universal fear. Regardless of where we happen to be taking a dip, there’s always that lingering sense of trepidation that a shark might be lurking just beneath the surface. Jaws 2 famously played on this with its tagline, ‘Just when you thought it was safe to go back in the water…’ Open Water, which sees a couple stranded in shark-infested seas, took this one step further by loosely basing its story on real life, the film’s tangible connection with reality making it all the more intense.

Just as Anthony Perkins was never able to cast off Norman Bates, and Christopher Lee spent much of his career in the shadow of Dracula, so too do these films continue to plague the shark world. Many scientific journals have drawn a direct link between the success of shark movies and the decline in shark populations around the world – on average around 100 million sharks are killed by humans every year, in stark contrast to the six humans killed by sharks in 2015. A sombre but salient reminder of the impact cinema can have on the wider world.