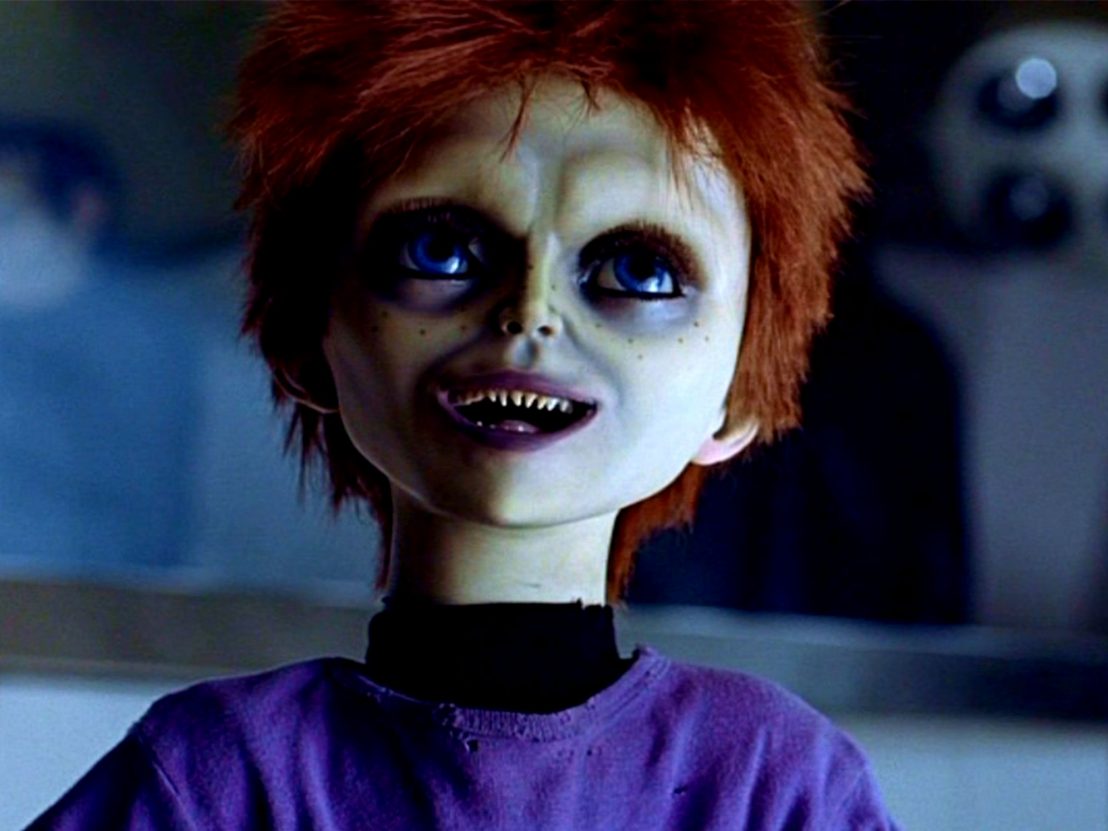 An eternal edgelord bastard of ’80s B-grade horror, Chucky was fixed in my imagination long before I ever saw one of the Child’s Play films, seared into my subconscious from seeing the haunting posters and VHS covers at my local Blockbuster. Now, three decades after the release of the original, a reboot is upon us – the first Child’s Play to have no involvement from longtime series writer Don Mancini. What better time, then, to revisit the first of Mancini’s three directorial efforts, 2004’s Seed of Chucky.

The film opens with a vivid CGI recreation of conception. Though the series began as, and would return to, a strictly horror formula, Seed of Chucky plays almost exclusively as a comedy. The humour is profane and callous and broad, with a flurry of gleefully violent gags. This garishly uncool film is drenched in the cesspool aesthetic of low-budget 2000s horror – but it’s also an ode to the loving embrace of camp.

The story follows a child doll who escapes to Los Angeles to find their parents, Chucky (voiced as always by Brad Douriff) and Tiffany (the marvellous Jennifer Tilly), after noticing that they share the same manufacturing mark. Two intertwined, disarmingly earnest threads emerge: the child is forced to reckon with their gender, and the parents struggle to raise a child with good values. The child identifies as a girl to their mother and a boy to their father, a bit thoughtfully attributed to their self-projections and indiscernible genitalia.

Chucky and Tiffany name their child Glen and Glenda, respectively, a nod to Ed Wood’s eponymous 1953 trans drama. Like Wood’s film, Mancini pays no mind to psychological accuracy, opting instead for an absurd abstraction of gender expression. “Glenda” is a shrill maniac with a heavy face of makeup, while “Glen” is more of a Tiny Tim. Mancini offers the deepest empathy to the struggles of instructing family how to perceive one’s queerness.

Though the series by this point has blissfully foregone any moral qualms about murder, the characters feel no luxury, especially when confronted by the child’s stark horror at their parents’ conduct. Chucky believes this to be innate and a source of pride, though Tiffany is less sure.

Borne as a reclamation of the idea that queer people are designated to the role of the sinners, the Chucky films are comforting and restorative visions of perverted representation. Those of us who aren’t cisgender are often made to feel less than human in our own bodies, as if our existence is a betrayal of nature, like a resurrection spell cast on a childhood toy. Finding pleasure in body horror becomes a source of ridiculous catharsis.

This culminates in a gross-out centrepiece where Tiffany inseminates Jennifer Tilly (now playing herself) with Chucky’s sperm using a turkey baster as John Waters looks on like a voyeuristic deity. The sin of procreative sex – a common comedic refrain of camp – becomes an incredible metaphor for camp seeping into unsuspecting mainstream.

The film’s B-plot offers a crass and corny Hollywood satire, with Tilly anchoring the scenes with the brash grace of a Divine or a Joan Blondell. Yet her arc becomes the sublimation from the physical to the nylon of Tiffany’s chaotic maternity. When Tiffany looks at Tilly in total adoration, it strikes her that she would love to present that fully, to be accepted as a complete and worthy person. At its core, Seed of Chucky is a film about insecurity, from Tilly’s desire to be a star beyond Bound, to the inadequacy Tiffany and Chucky feel as parents, to the uncertainty of Glen/Glenda’s self-expression.

The climax of the film is stunningly sensitive, as two imperfect parents diverge after spending the entire time trying not to let their own issues impact a child dealing with their gender. Tiffany and Glen/Glenda steal away from Chucky to possess Jennifer Tilly and her magic children. They co-opt an image of a perfect “human” life, Glen/Glenda now split to fully live as both a boy and a girl. In this moment, Mancini offers the kind of touching summation countless ostensibly serious films about gender have failed to articulate. What vices and values we develop are distinct from but must also be viewed in context of our parents; their relationship with our queerness may never fully match up.

The Child’s Play series holds a special place in my heart. As a horror obsessive and trans woman, the filthy acceptance I found in the series spoke to me in a way the clumsily regressive Elm Street and Friday the 13th franchises never did. Behind the amateurish veneer of Chucky’s increasingly scarred face lies a weird, loving cacophony of queer motifs. No matter how much killing takes place, Seed of Chucky is ultimately a work of supreme affection. 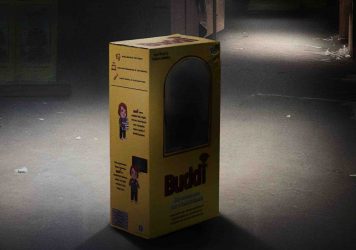