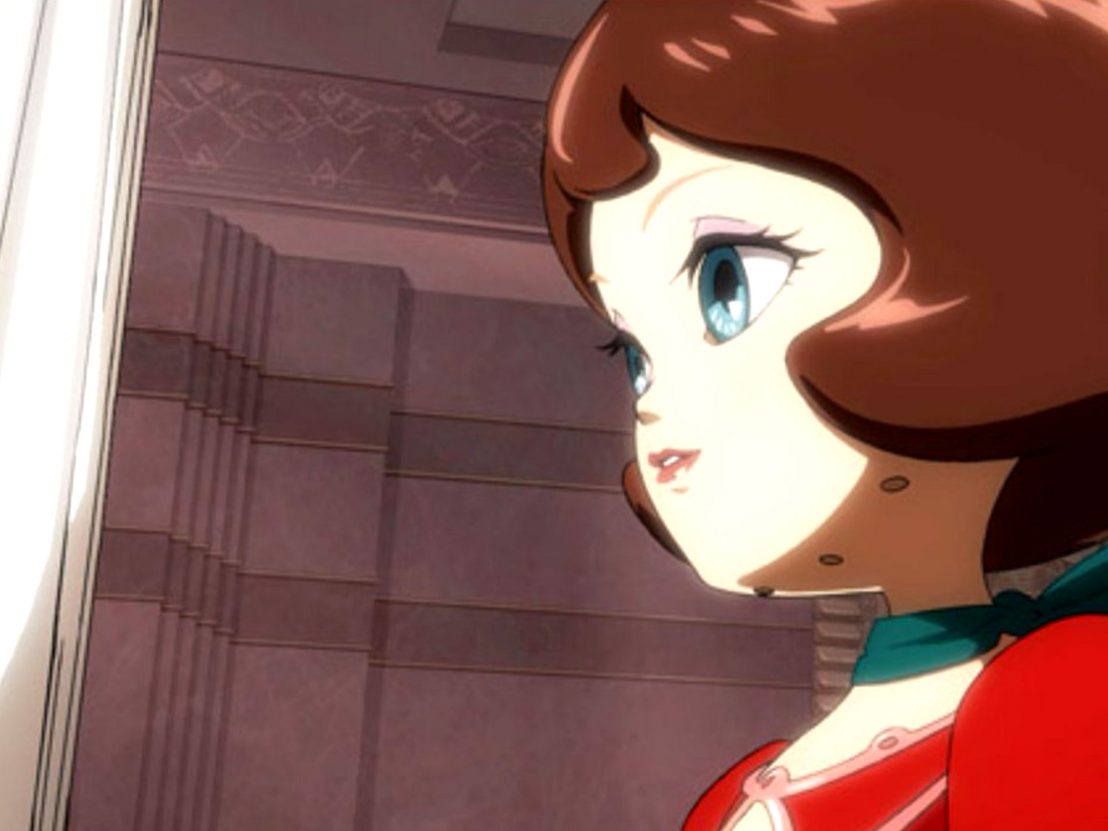 In the months before the beloved Japanese animator and manga artist Satoshi Kon passed away on 24 August, 2010, he expressed regret that his next film, Dreaming Machine, might remain unfinished. In fact, Kon made it one of his final wishes that his team attempt to complete the film. Masao Maruyama, Kon’s long-time collaborator and friend, and one of the co-founders of Madhouse studios, seemed to take that on as a personal mission for several years, saying in 2012 that he hoped to get it done within three years with the aid of Kon’s extensive notes and tapes about the film.

This would have been Kon’s fifth feature and, considering the title, a fitting follow-up to Paprika (a film about a literal dreaming machine). Yet, while all of his films connect in one way or another, Dreaming Machine would have stood apart from the rest of Kon’s work. For starters, it was to feature no human characters – the protagonist, Riricio, is an elderly robot who eerily resembles the character Paprika in appearance. Moreover, where Kon made his name creating adult animated dramas such as Perfect Blue, Dreaming Machine was intended as a children’s adventure.

In a translation of an open letter that served as Kon’s final words to the public, the director speaks of his regret over how the conception of the film was handled, and the limits of creating something as an individual: “I’m worried not only about the film itself, but about the staff with whom I was able to work with on the film. After all, there’s a strong possibility that the storyboards that were created with [our] blood, sweat and tears will never be seen.” Kon adds that he shared as much as he could, although as Maruyama later made clear, it’s not easy continuing a work where every single image was under the direct control of its original creator.

Yoshimi Itazu was named as the new director in 2011, but the following year it was announced that production had been halted. Maruyama has since clarified that the film has been dropped by Madhouse due to a lack of funding and the fact that they couldn’t find anyone to match Kon’s voice and visual style. Maruyama left Madhouse to set up MAPPA, best known for In This Corner of the World, in 2011.

When asked about Dreaming Machine, Maruyama cited the doomed project as part of the reason he broke away with MAPPA, as only 600 of 1500 cuts had been finished. Then in 2017, after Maruyama left MAPPA to form another studio, Studio M2, he responded to further questions about the film’s status: “It is like a concert, where the star is no longer on the stage.”

In the aforementioned final letter from Kon, he expresses a deep satisfaction with his career, stating that he “perhaps lived more intensely than most people […] In the last 10 plus years, I’ve been able to do what I want as an anime director, achieve my goals, and get some good reviews.”

Completing a film posthumously is extremely complicated – without wishing to get into arguments about auteurism, animation adds further challenges with the idiosyncrasies that define its finest creators. The act of drawing something is incredibly subjective – even a drawing of something as plain as a chair will have some kind of indication of the artist’s hand in creating it.

Besides, it’s not the only work of Kon’s to have been left unfinished, or revisited posthumously. His manga with Ghost in the Shell director Mamoru Oshii, Seraphim 266613336 Wings, was left without an ending. Similarly, his ongoing manga series OPUS ran from 1995 to 1996 until it went on indefinite hiatus around the time that Kon began work on Perfect Blue. The story is classic Kon, navigating a line between reality and fiction and taking on a winking meta-narrative as a manga writer named Chikara, struggling with a new plot direction for his manga, is absorbed into the pages of his creation, and his characters realise that their lives are pre-written. But OPUS also ends abruptly, right in the midst of a game-changing moment.

In 2010, the series was reprinted by Tokuma Shoten, along with an ending to the then-incomplete story that readers at the time never got to see. It’s taken directly from manuscripts and artwork discovered later on, and though it does little to sooth the abruptness of the story’s original end, there’s an amusing angle to it as Kon himself appears, adding yet another layer to an already metafictional tale by directly discussing his own problems with authorship (with a winking reference to the also unfinished Seraphim). That reprinting was translated into English and released by Dark Horse Comics in an omnibus edition in 2014.

OPUS may continue to find new life breathed into it still, as Maruyama has alluded on more than one occasion to his desire to work on an anime adaptation at Studio M2 (that said, nothing has been green-lit, though composer Susumu Hirasawa, who worked on Millennium Actress, Paprika and Paranoia Agent, says he has written a theme for it).

OPUS is a peculiar peek behind the curtain, particularly with its abridged ending, itself becoming about the hard realities that not every story has the privilege of being finished. Even if the story is cut short, there’s still value in seeing Kon work through those ideas. If we really must readapt Kon’s work, and if any work of his was to find ‘completion’, maybe it should be OPUS – a suggestion also reached by the folks behind Konology.

After all, it’s about an author ceding control of their work, and how that might not be such a bad thing. In OPUS, art is something that truly lives beyond its creator, constantly changing shape. The excitement is in that amorphousness, not in whether or not it’s ‘complete’, containable or set along a linear path. Perhaps Maruyama is on the right track with wanting to work on an adaptation of that manga instead. Even if Dreaming Machine had been completed, it’s hard to say whether it really would have been ‘a Satoshi Kon film’; that film will never truly exist.