Ronja, the Robber’s Daughter is a pint-sized delight

Studio Ghibli take their unique brand of anime magic to the small screen. 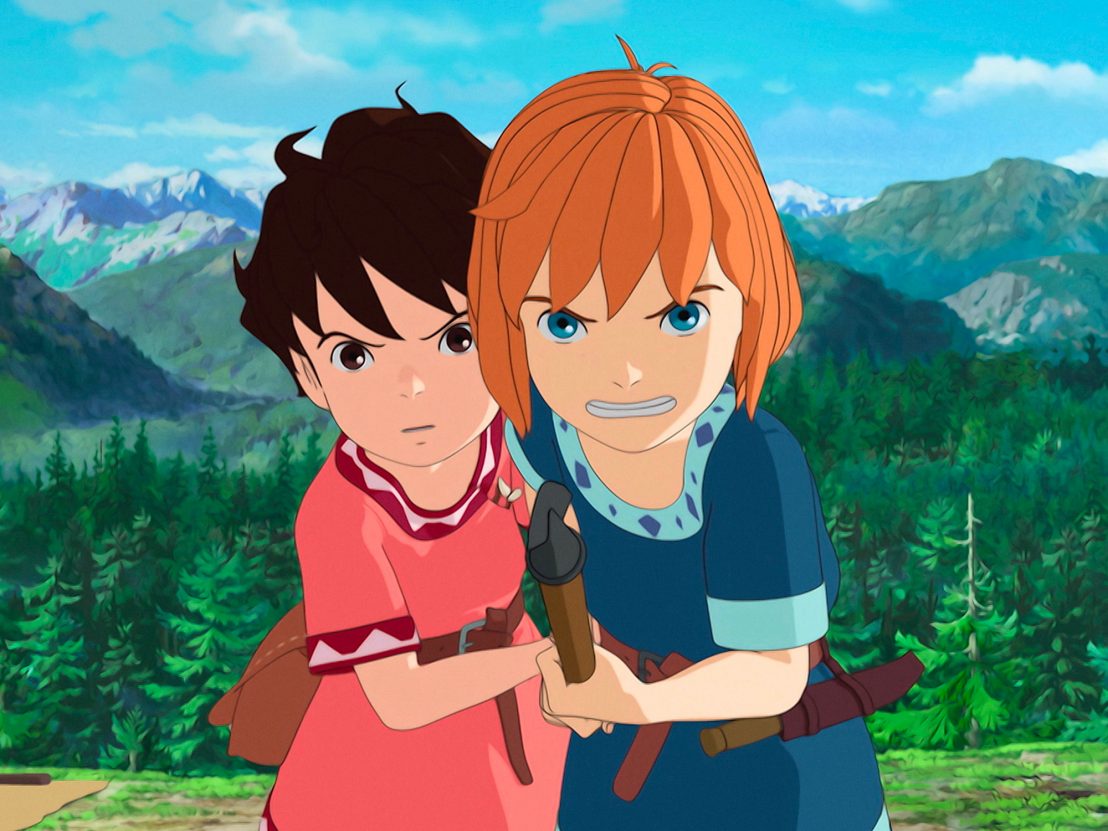 When your father is the legendary filmmaker Hayao Miyazaki, it’s understandable that you might be reluctant to follow in his footsteps. Certainly this is how Gorō Miyazaki felt in his youth, choosing to pursue landscape agriculture as a career for twenty years before finally deciding to follow his father into film.

His career got off to a rocky start in 2006 when he directed the poorly-received Tales from Earthsea for Studio Ghibli – a decision which Hayao famously did not support. As such, Gorō Miyazaki has always had a lot to prove, and while his last project From Up on Poppy Hill was a critical and commercial success, his latest venture – taking Ghibli to the small screen for only the second time in the studio’s history – would be a mammoth task even for a more seasoned director.

Adapted from Swedish author Astrid Lindgren’s books of the same name, Ronja, the Robber’s Daughter is Ghibli’s first television series since 1993’s Ocean Waves, and its first aimed primarily at children. As the title suggests, the story concerns a young girl named Ronja who is born into a bandit tribe in the forests medieval Scandinavia, and must learn to navigate the trials and tribulations that come with life as an outlaw. Far from being a Robin Hood-esque tale of goodies and baddies, Ronja, the Robber’s Daughter is Ghibli’s unique exploration of family relationships, particularly the bonds that exist between parent and child.

Ronja herself is a plucky heroine (with a broad Northern accent in the English dub) not unlike Lindgren’s most famous character Pippi Longstocking, who delights in frolicking through the forest despite the dangerous dwarves and harpies that lurk in its depths. She has a steely determination about her that’s endearing to watch, but what really resonates is her relationship with her parents, particularly her father Mattis.

The bandit chief is transformed by the birth of his daughter from fearsome robber king to a gooey-eyed doting father, and the story is as much about his metaphorical growth as a parent and a person as it is Ronja’s literal growth. Although the plot has a distinctly familiar Shakespearian element in its depiction of warring families, it’s refreshing to see a television series that has friendship and family at its core, as well as presenting a young heroine who is not afraid to carve her own path, concerned only with adventure, friendship, and family.

There’s something both familiar and different about Ronja, the Robber’s Daughter in this respect, and in its design, which appears more polished than previous Ghibli work and therefore lacks some of its trademark handcrafted charm, but the plush visuals of the forest setting are enough of a trade off. It’s also interesting to see how Ghibli expand a story to fit with the television show format, as this does feel like a story that could have been told in a feature film. Instead we’re treated to 26 episodes of Ronja, each clocking in at around 25 minutes long. The extended runtime does mean that on occasion the story drags and some episodes serve only as filler material, but it’s hard to mind too much when the show looks as beautiful as it does – it’s a gentle, earnest dose of escapism sorely needed in these dark times.

Ronja, the Robber’s Daughter is available to stream on Amazon Video, and arrives on DVD and Blu-ray on 4 December 2017.