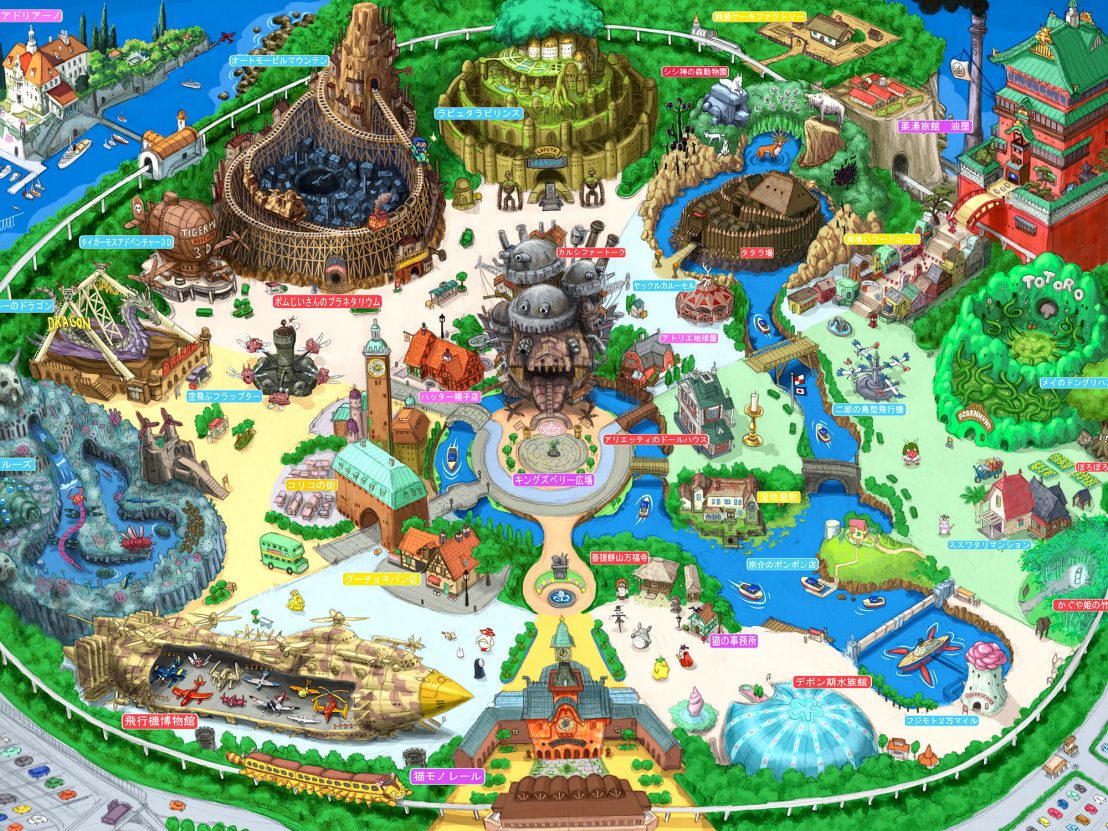 Legendary Studio Ghibli founder Hayao Miyazaki has officially come out of retirement to start work on his “final feature animation film”, and now the Japanese animation powerhouse has confirmed plans to build a theme park based on the director’s most beloved film, My Neighbor Totoro.

Ghibli Park will be built on the premises of the Aichi Park in Nagoya, Japan, which also served as the location of the 2005 world expo. Characters, scenes and landscapes from Miyazaki’s beloved 1988 fairy tale will be recreated in the theme park, creating a uniquely immersive experience.

The film tells of two young sisters settling in an old country house until their mother recovers from an illness. During their adventures, they encounter and befriend a forest-dwelling spirit creature named Totoro. The studio has since taken the character as its official mascot, incorporating it into the studio’s logo.

On the subject of the park, Governor Hideaki Omura said, “Studio Ghibli’s films have love toward living creatures and earth, which fits the concept of the expo. I would like to pass down this idea to future generations.”

The former expo site, which attracted 1.6 million visitors in 2016, already plays home to tourist attraction ‘Satsuki and Mei’s House’ which is modelled after the house belonging to the lead characters in Miyazaki’s film. The introduction of the park hopes to drive further tourism to the region.

There’s no word yet as to whether the park will expand to accommodate rides based on the studio’s other hit feature films, but we’re certainly keeping our fingers crossed.

Are you as excited as we are about Ghibli Park? Tweet us @LWLies with your thoughts