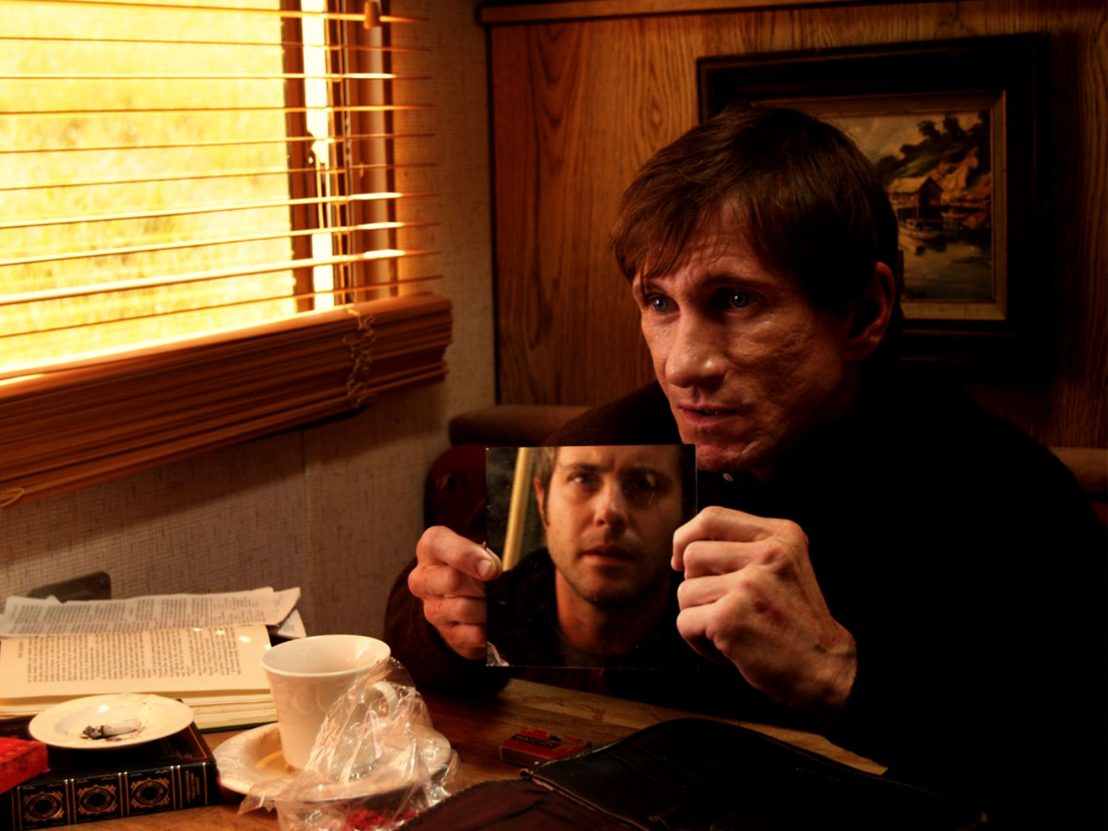 Resolution comes with the strong sense of an ending. This is true right from its title, which points towards the notion of narrative complications resolved with a satisfactory denouement – even as it simultaneously alludes, through a play on words, to the relative clarity of mediated images.

The film opens with mediated images. A low-quality montage of Chris Daniels (Vinny Curran) out in the ‘boonies’, smoking crystal meth, ranting, shooting at bottles, injuring himself and falling out of a tree, resolves itself into a video that Chris’ best friend Michael Danube (Peter Cilella) is watching on his laptop.

With shades of David Lynch’s Lost Highway or Michael Haneke’s Hidden, the video turns up (along with a map) as a link in Michael’s email, with no clue as to who sent or indeed shot it. But Michael decides to head out to the rural area where Chris is staying to perform a desperate intervention. So he tases his friend, cuffs him to a pipe in his backwoods squat, and settles in to help him get clean. There is already an exit strategy in place, for both of them: in seven days’ time, Michael plans to return to his pregnant wife Jennifer (Emily Montagie) in their urban home, with or without Chris, while Chris himself is happy just to die tweaking.

‘Cold turkey in a cabin’ was also the basic plot of Fede Alvarez’s much bigger budgeted and better known studio horror Evil Dead – but where the latter was an entirely derivative (if very well-crafted) remake, this arresting debut from Justin Benson and Aaron Moorhead – whose subsequent features Spring and The Endless share characters, themes and a universe with Resolution – is a true original, not so much rebooting other films as endlessly reimagining itself and inventing its own weird world.

For as Chris testily endures withdrawal, and Michael explores his environs, someone or something is watching their story unfold, in search, along with these two characters, of an ending. The result is a Pirandello-esque sort of paradoxical meta-horror whose folk are unwitting players in a film (or several), desperate to find a way safely to exit the stage and escape the gaze of an unseen, and obviously viewer-like, observer.

From the start, the occasional intrusion of odd, arbitrary-seeming camera angles and disembodied handheld POV shots conjures the presence of the stalker type familiar from countless slasher films. But these shots are accompanied by strange lens flare effects and the sound of a whirring reel, suggestive of an amateur filmmaker (working with old kit). Sure enough, Michael follows a trail of photos and journals and paintings and LPs and film reels, all scattered about like breadcrumbs and all telling stories with violent endings. Soon there is found footage (in a variety of media) depicting Michael and Chris themselves, and presaging a sticky end for them.

“Someone might be messing with us,” says Michael, and there is any number of suspects in the vicinity. For this backroad community has in its orbit all manner of aggressive dealers, asylum strays, End Time cultists (the directors in a cameo), dodgy estate agents, lost academics and a disgruntled trio of local Native Americans. Yet as one resolution or another approaches, Chris and Michael start wondering if they might be under the magnifying glass of something far more ineffable and incomprehensible, for whom they have become the latest in a long line of merely mediated playthings.

Set in the wild hinterlands of the US mainstream, and also occupying a rarefied niche in indie cinema, Resolution offers a microcosm of underrepresented, oddball Americana, as it tells (and retells) the story – for an outsider’s amusement and entertainment – of the nation’s marginalised, forgotten and overlooked. Thanks to a combination of Curran’s and Cillela’s palpable chemistry and Benson’s witty script, this bickering pair makes for good company, their believable friendship always anchoring the otherwise uncanny events circling in.

Accordingly the film uses a palatable buddy pic frame to explore much bigger questions of mortality, infinity and eschatology, as it reveals us all to be just part of a narrative that is stage managed by forces we can never fully understand, but that, for all its variety, always comes to the same end.

Resolution is released on Blu-Ray Two-Disc Limited Edition, together with Benson and Moorhead’s new film, The Endless, by Arrow Films on 2 July. 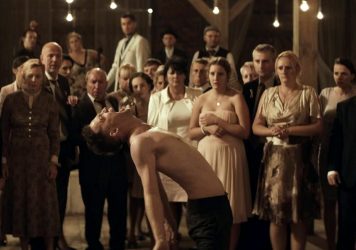 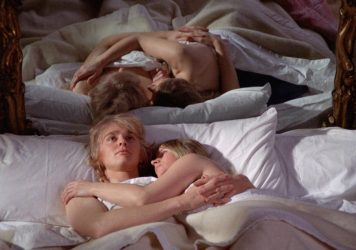