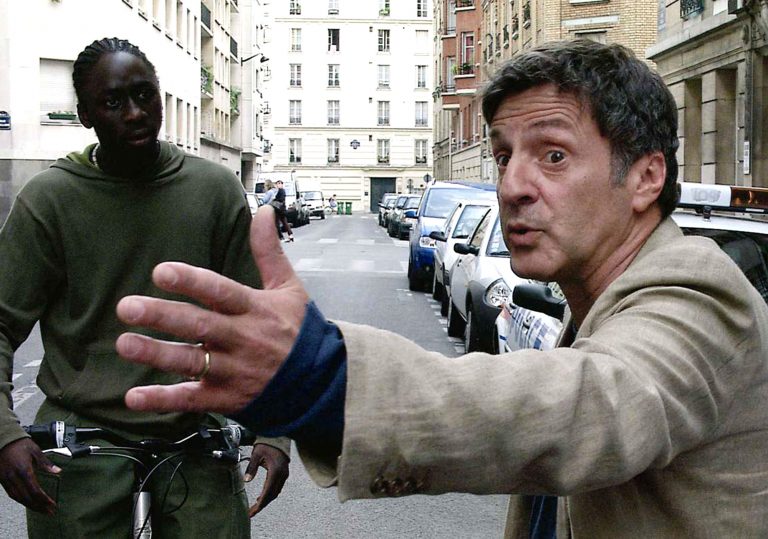 You don’t really enjoy Haneke, do you? You just kind of sit there, dumbstruck.

Glad to be out of it, yet want to get back to it. More. More.

Michael Haneke, you are a bad, bad, man. In your latest film, Hidden, you take us on a pleasingly visceral backseat trip through a prim and polished movie-land of your own making. Here, in a darkly sombre contemporary Parisian thriller, the highs and lows are vaguely familiar, yet sensual.

The performances aptly compelling. The sense of dread, suitably spine-tingling. And then, just when you hit your top speed, just when everything’s about to make sense in a grand cataclysmic narrative whirl, what do you do? You open the door and kick us out of the fucking car!

Michael Haneke, you are a devious, devious dramatist. You give us an affable yet slightly self-important TV show host, Georges (Daniel Auteuil), his brittle and neglected wife Anne (Juliette Binoche), and their docile teenage son Pierrot (Lester Makedonsky). And then you plague them with an unseen stalker who sends them anonymous video surveillance tapes – of their house, their street, and even their conversations.

The tapes drive the family apart. The marriage breaks down. Pierrot goes missing. There’s a secret here, you hint. Some formative Freudian guilt from Georges’ childhood, finally coming back to haunt him. An abuse of a local Arab boy, perhaps? Yes, getting warmer. And the boy’s older now? Yes! And he wants revenge? Yes! But then, Michael Haneke, what do you do? You turn your back completely on dramatic convention, narrative arcs, and story through-lines. Just because you can.

Michael Haneke, you are a dark, dark filmmaker. You say that your mission is to make ‘polemical statements against American cinema and its disempowerment of the spectator.’ Which is why Hidden is so bold. It feels like a polished American studio movie. It coruscates with lush silvery dollies, tracks and pans.

It lulls us into Kubrick land, and it toys with our Americanised viewing sensibilities – our programmed need for the comforting rhythm of sporadic thrills, consistent tension and tiny cathartic bites. And just when it has us in the palm, on the edge, and at the brink, it says, ‘You know what? Fuck you!’

Michael Haneke, you are a stark, stark moralist. You were born in Munich, raised in Austria, and you studied philosophy at the University of Vienna. You’re 63-years-old, and you care. You say that ‘art is obliged to confront reality,’ and so you turn Hidden into a Trojan horse thriller that’s concerned with confronting the fetid, post-colonial reality of Western-Arab relationships.

Georges’ guilt about past Arab abuses is France’s guilt about Algerian atrocities, is the West’s current guilt about Middle-Eastern occupation. It’s no coincidence that Georges’ TV is constantly hammering out news of the latest Iraqi atrocities, even as his marriage implodes and his family life disintegrates.

Michael Haneke, you are angry. You hate Georges and his bourgeois life. You ridicule his dinner parties, his vile anaesthetic furniture and his inane conversations. You want him punished, you want his entire crass consumer-obsessed Western society punished. You want to bring down the temple about your ears, but…

Michael Haneke, you are a genius. Your film is suffused with sadness. Your images have uncommon beauty. Your long, long takes find magic in the most unassuming things. An empty street scene becomes a captivating tableau. A car parking in the night becomes a thing of unfathomable mystery.

And a decapitated chicken dancing erratically around your frame is a softly destructive ballet. And Georges too. You have forgiveness even for him. You leave him at the end, battered but not broken. Which is just as you leave us.

You don’t really enjoy Haneke, do you? You just kind of sit there, dumbstruck.

Glad to be out of it, yet want to get back to it. More. More. 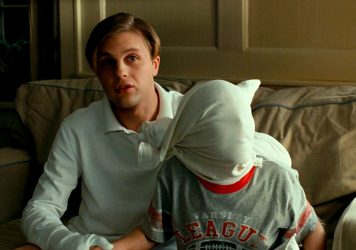 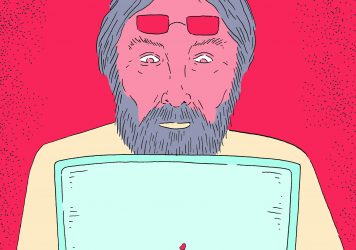