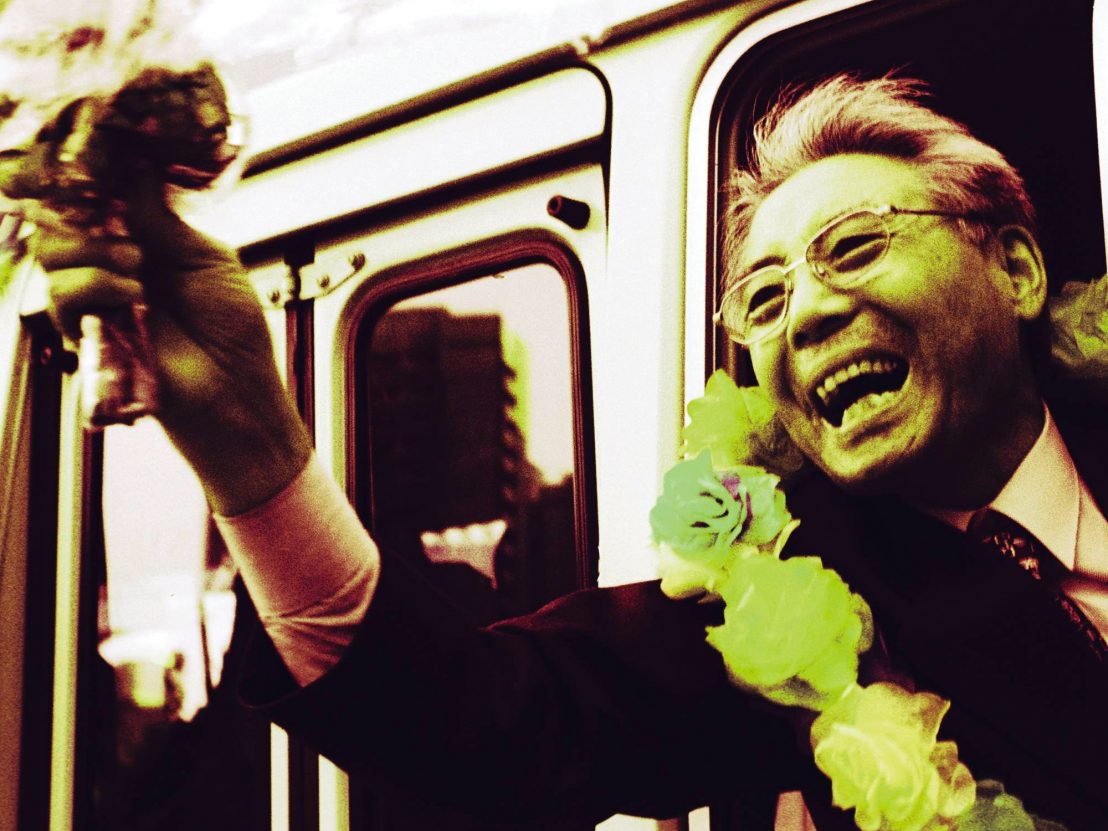 There are some whose knowledge of the fraught political machinations on the Korean peninsula begins and ends with the nuke-obsessed exploits of Kim Jong-un. The reality is that is that this is just the tip of an extremely huge iceberg. Relations between North and South Korea have been highly combustible throughout the post-war era, but it hasn’t always been through bald military aggression or public displays of internal might. It has been the coldest of cold wars, with petty political point-scoring achieved through all manner of insidious manoeuvres.

Kim Dong-won is a documentary filmmaker and member of the PURN Production collective. His epic and under-seen 2003 documentary, Repatriation, manages to concentrate down this occasionally surreal conflict by focusing on a single, heartbreaking aspect. During the early ’90s Kim was based in a small shanty town in the South and never seemed to be without his trusty video camera. Two avuncular old men were invited to live in the town, despite the fact that they had just completed lengthy prison sentences. They were kindly, articulate and politically engaged, happy to discuss their lives and muck in with any chores and civic duties. Both men had been captured in the early ’70s while working as spies for the North – nabbed before they’d made it on to dry land.

They quickly became bargaining chips, but there wasn’t really a sense that they were to be traded with captors from the North, more that they would be placed on a pedestal and made an example of. This was a self-conscious battle of ideological supremacy more than a public fist fight. The price of freedom would be to denounce their communist fatherland and accept the capitalist utopia of the South. What is unique about the two men encountered by Kim is that they both resisted heavy torture (including waterboarding) and refused to be “converted”. They loved their homeland and wouldn’t be turned on that fervent belief.

Repatriation is the story of these and other “grandpa” figures, and the story eventually segues into charting their tumultuous journey back north. What’s striking is that they come across as entirely normal, friendly, learned men, yet they remain steadfastly unwilling to lie about the feelings they have for the North, however poorly matters were portrayed in the media. We see them meeting up on charity-organised retreats and singing seditious folk songs together, explaining that their upbringing was happy and that they can’t be so easily uprooted from the culture that forged them.

Kim’s style of filmmaking is measured and unhysterical. He narrates over the footage in a hushed, reflective manner, occasionally even cranking up a sentimental synth backtrack to emphasise his emotional connection to these displaced men. As diplomatic missions fail and calmed tensions suddenly flair back up, the seemingly simple task of allowing these men to live out the short remainder of their lives in the country they love reveals itself as an impossible one. Even though the film is about the very specific chess game of trading prisoners of war, it also speaks of a broader breakdown in communications between nations, and the cravenness with which one country will manipulate a distressing situation for their own nefarious political gains. Kim, meanwhile, stands alongside his subjects – livid that both sides could treat them with such contempt.

Repatriation receives a rare screening as part of the London Korean Film Festival’s Documentary Fortnight which runs from 11 to 19 August. It’s the centrepiece of a retrospective of Kim’s documentary work, which also includes The Sanggyedong Olympics, The Six Day Fight in Myeong-Dong Cathedral and Jung Il-woo, My Friend.