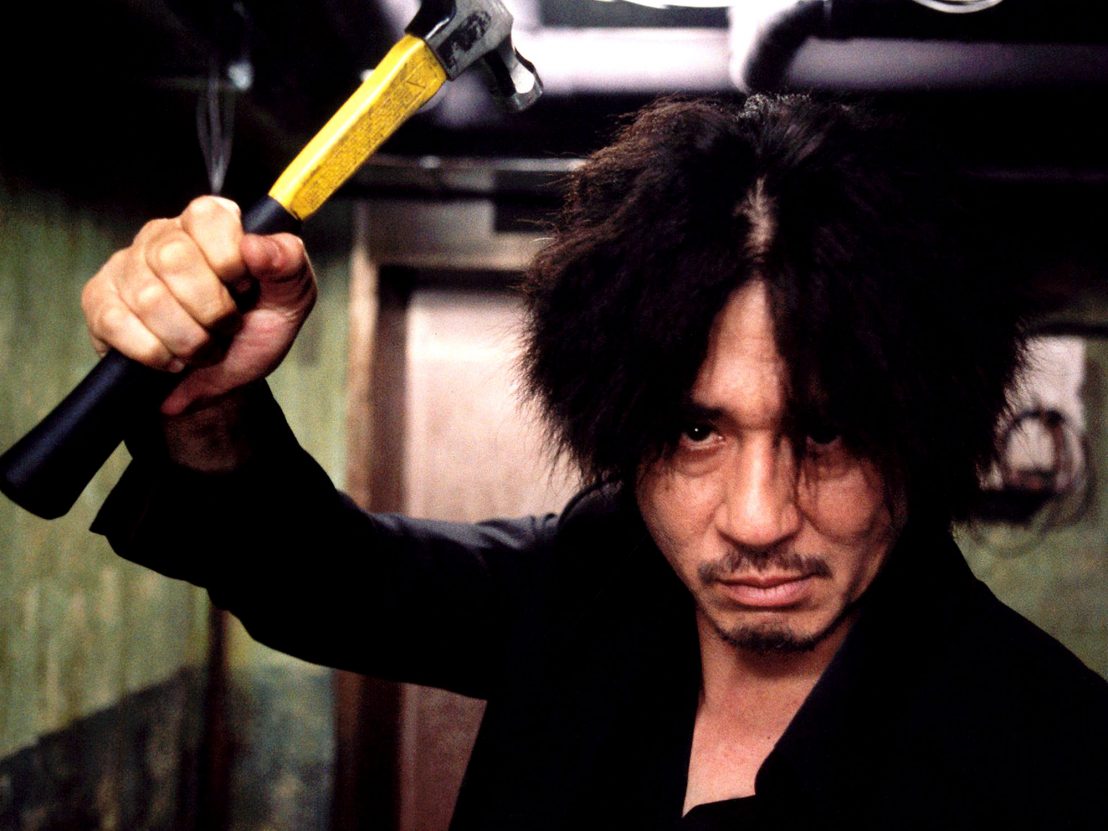 Park Chan-wook’s acclaimed and varied body of work has a handful of core themes. Whether it’s the gothic overtones of Stoker, the supernatural horror of Thirst, the surreal technological dreams of I’m a Cyborg, But That’s OK, or the violent revenge of Oldboy and the rest of the Vengeance Trilogy, the South Korean director specialises in drawing real emotion out of outlandish fantasies.

Violence or lust is almost always transgressive in Park’s work, and often comes with a disturbing twist. With his latest effort, The Handmaiden, arriving in cinemas, we’ve picked out six memorable scenes from his impressive filmography.

“I want to eat something living.” There are some pretty depraved sequences in Oldboy, but the infamous octopus sequence stands out. After a gruelling opening act, Park shows Dae-su Oh’s animalistic nature and his all-consuming desire for vengeance in the most gratuitous way possible in a sushi restaurant. The character’s first meal following a decade-and-a-half of dumplings is a live octopus that continues to writhe around as Oh goes to town on the unsuspecting cephalopod. While it’s probably not wise to go on a quest for retribution on an empty stomach, his choice of first meal is fascinatingly grotesque.

By comparison to the rest of the Vengeance Trilogy, first instalment Lady Vengeance is more elegant and methodical. What sets Geum-ja Lee (Yeong-ae Lee) apart from the protagonists of Oldboy and Sympathy for Mr Vengeance is her approach to getting her ‘justice’ – instead of simply going after the man who wronged her and stole her child, Kill Bill-style, Le exacts her vengeance on Baek (Min-sik Choi) via the bereaved parents of his other child victims.

The result is a deeply troubling torture scene in which the parents form an orderly queue as they await their turn to torture Baek. As with the other Vengeance films, Park uses extreme violence as a form of moral inquiry. In keeping with the director’s pitch perfect gallows humour, a discussion begins concerning the most appropriate order for Baek to be tortured in. By the scene’s end, humanity’s capacity for violence is more clear than Lee’s redemption.

Park’s sole romantic comedy and probably his weirdest work, I’m A Cyborg, But That’s OK is a colourful and fantastical love story that plays out entirely in a hospital for the mentally ill. Cha Young-goon (Soo-jung Lim) believes she’s a cyborg, and therefore doesn’t require food to live – instead, she charges herself using a transistor radio. The film has the same underlying melancholy as the many of the director’s other works, as Cha unknowingly suffers through malnutrition as she if left to live out her delusion.

The film’s most arresting moment arrives at the halfway mark, when fellow patient Park Il-sun (Rain) plays along with Cha’s fantasy in order to convince her to eat. As he removes her top, the tone shifts from goofy to unsettling, as the consequences of Cha’s illness snaps into focus. In a matter of seconds, Park proves that his ability to elicit a visceral emotional response from his audience is not reserved for his horror and thriller films.

The best action scene in Park’s back catalogue in a benchmark for action scenes everywhere. Yet the single take fight sequence in Oldboy isn’t a triumph of showy choreography – in fact its ‘messiness’ is part of what makes it so compelling. In one unbroken shot, Dae-su Oh battles his way through a corridor full of goons in order to get to the next lead in his quest for revenge. He gets battered along the way but leaves a trail of destruction in his wake. In a series of films that questions how gratifying vengeance ultimately is, this scene is probably the most thrilling and rewarding Park has ever committed to film.

Given that Park is fixated with sexual and/or violent transgressions in nature, what better creature to explore than the vampire? Early on, Thirst sets up plenty of boundaries to cross – the main character, Priest Sang-hyeon (Kang-ho Song), being a Catholic priest who, through unfortunate and gruesome circumstances, is forced to drink human blood to survive.

As he wrestles with his newfound craving for human flesh, he also experiences desire for his childhood friend’s wife, Tae-ju (Ok-bin Kim), who is similarly repressed and more than willing to start an affair with him. Eventually he comes clean about his powers, resulting in a scene that would not feel out of place in a superhero movie, as Tae-ju jumps around some rooftops.

Park’s English-language debut is a gothic horror without monsters, and quite possibly the most twisted coming-of-age story around. India Stoker’s (Wasikowska) opening narration that “a flower can’t change what colour it is”, spoked over images of white flowers stained red, is about as subtle as a sledgehammer – but when Park finally reveals how the blood got there, the moment is haunting. India’s sexual awakening is intrinsically linked to her bloodlust, and the end of her transition into adulthood is completed with the film’s bloodiest act of violence.