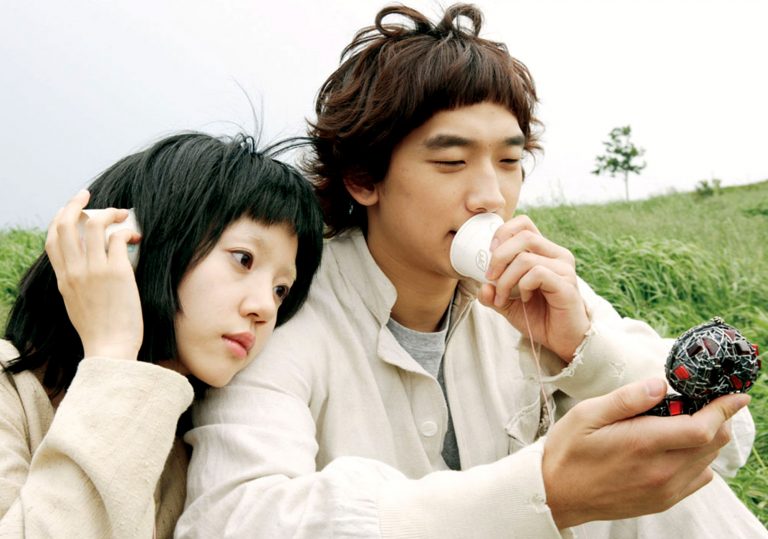 As long as he keeps making them, we’ll keep looking forward to them.

A slow burner that blossoms into a loveable oddity.

Not the next Park masterpiece, but it’ll do until one gets here.

Park Chan-wook is fast becoming Asia’s answer to David Fincher: a director whose dynamic technical skills are matched only by his subversive sense of humour. After the explosive ‘Vengeance Trilogy’, he returns with I’m a Cyborg, But That’s OK – a chance, he has said, to blow off some steam and goof around with his new HD Viper camera. But although the result is defiantly oddball, it’s no throwaway vanity fare.

Young-goon is a ‘cyborg’ who takes orders from an educational radio station and confides in a coffee machine. She lives, naturally, in an insane asylum populated by a cuckoo’s nest of comic misfits, including a man who can only state the obvious (“A cat is, above all, a furry animal”) and a woman who believes she can fly.

But her presence has a transformative effect on those around her, especially Il-sun, a kleptomaniac who fears he will one day disappear. It is Il-sun who must save Young-goon from herself, as the young girl is in danger of starving to death. Cyborgs, you see, can’t digest human food.

Shot in lovely pastel colours and dappled sunshine, and augmented by subtle shots of CGI, there’s a touch of Michel Gondry in the winning, whimsical loveliness of Park’s film. It coasts (and sometimes idles) on the charming performance of Lim Su-jeong as Young-goon, whose remarkable physical appearance does much to invest the film with its unique character.

If at times its attitude towards mental illness is a little too close to laughing ‘at’ rather than ‘with’, then there’s still something heartfelt about the love that blossoms in this most unlikely of communities. And who else but Park Chan-wook could find time in the middle of this inventive magic to stage a scene of mass murder? He continues to be one of world cinema’s most idiosyncratic and exciting talents.

As long as he keeps making them, we’ll keep looking forward to them.

A slow burner that blossoms into a loveable oddity.

Not the next Park masterpiece, but it’ll do until one gets here.