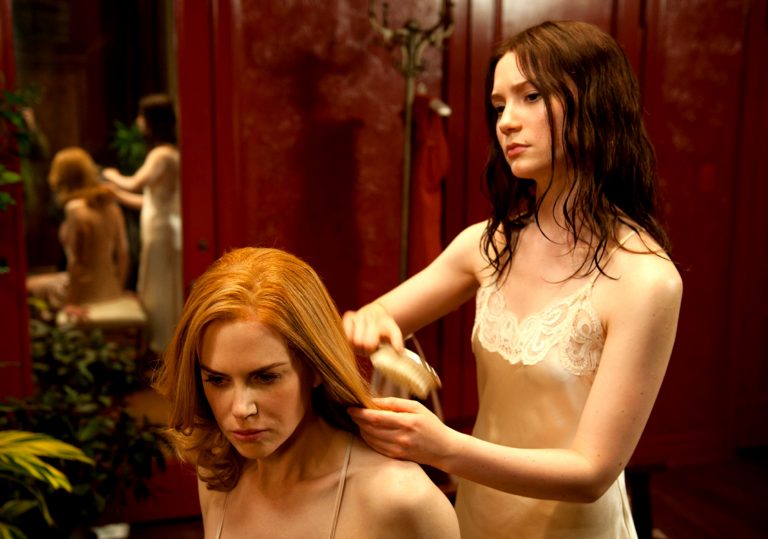 All talk and no trousers. Figuratively speaking.

You’ll want to stay with it, but Stoker doesn’t make it easy.

With its evocative title and quirky gothic horror tone, the first English-language film from Korean master Park Chan-wook reads like an obvious companion piece to the director’s 2009 vampire parable Thirst.

The only monsters here, however, are unmistakably and unambiguously human. And yet despite this, Stoker’s blood runs cold. The unfortunate consequence of an undeniably beautiful but weirdly hollow portrait of eroding family values.

After the untimely death of her father Richard (Dermot Mulroney), just-18 Wednesday Addams clone India Stoker (Mia Wasikowska) is saddled with a numbing sense of abandonment. Not only has she lost her dearest pop but her best friend, the one person who truly understood her.

India’s grief-stricken mother Evie (Nicole Kidman) clearly isn’t cut out for single-parenthood – her maternal inadequacy summed up in the line, “Personally speaking, I can’t wait to watch life tear you apart.” So it’s to both women’s relief when long-lost Uncle Charlie (Matthew Goode) shows up out of the blue offering solace.

So far so Shadow Of A Doubt. Regrettably, however, that’s where the comparisons with Hitchcock’s superlative psychological thriller end.

Before Charlie takes up temporary residence at the leafy family estate, from the moment India first notices him staring intently at her through the trees at his brother’s funeral, we sense there’s a hidden agenda to his sudden arrival. His intentions are signposted so early on, in fact, that we’re braced for the mask to slip before he’s even formally introduced as the urbane, enigmatic branch of the Stoker family tree.

Genre hounds will lap up the literary references, macabre symbolism and occasional spatter of claret, not to mention the rich cinematography provided by regular Chanwook collaborator Chung Chung-hoon.

But no amount of style can compensate the terminal lack of sense in Prison Break actor Wentworth Miller’s debut script. The whole thing plays out like a Stephenie Meyer penned episode of Midsomer Murders in which each character’s dramatic arc is offset by irrational actions and illogical judgements.

The film’s parting sin: a long reveal-all flashback that dampens any lingering glimmer of intrigue and leaves very little to savour on repeat viewings.

All talk and no trousers. Figuratively speaking.

You’ll want to stay with it, but Stoker doesn’t make it easy. 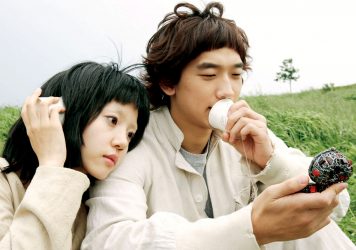