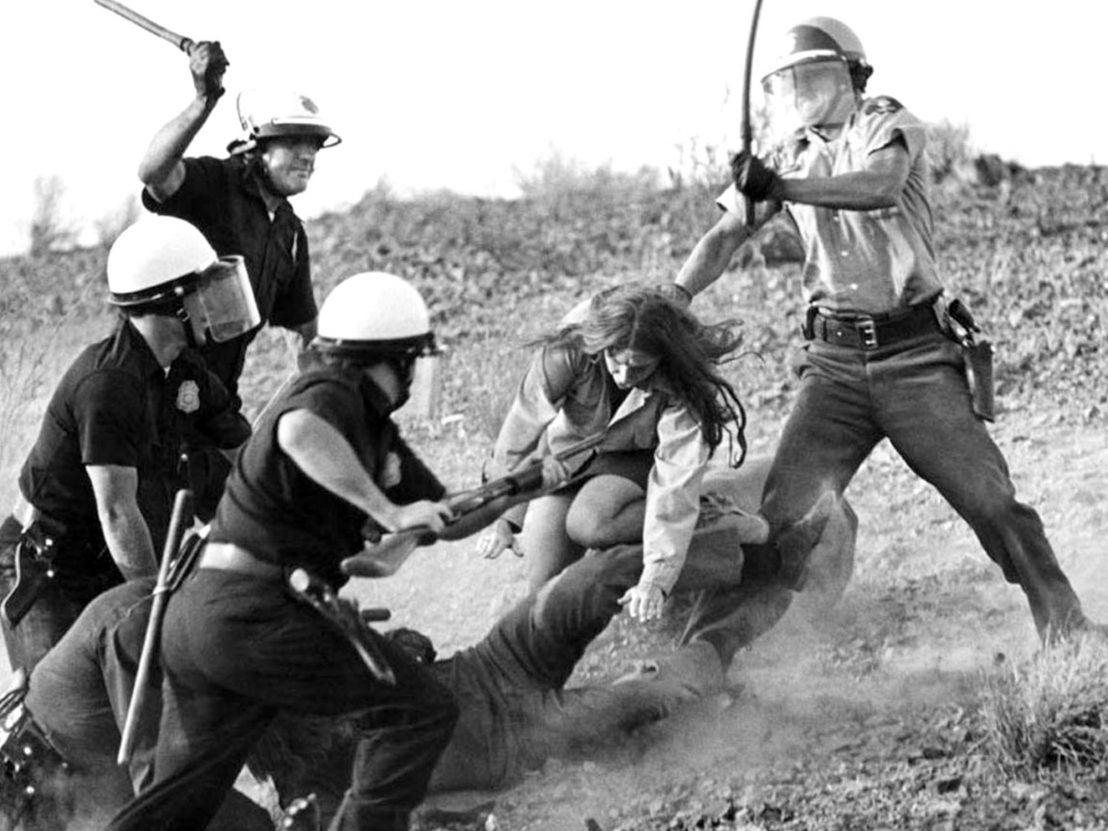 Emmanuel Macron may have won the French Presidency by a sizeable margin, but the groundswell of support for the National Front candidate Marine Le Pen is nonetheless indicative of the global rise of right-wing Nationalist sentiment, thus far best demonstrated by Brexit in the UK and the election of Donald Trump in the US. As tensions and tempers flare, and ideological discourse becomes increasingly polarised, many of those positioned at opposing ends of the political spectrum have attempted to reduce the conversation to a binary rubric of us-versus-them.

One of the more alarming manifestations of this trend has been a marked increase in anti-protest bills introduced throughout various levels of United States government. The ACLU and the UN have assured that most of the proposed legislation is unconstitutional, but while the volume may be unprecedented, the sentiment is not. In 1950, at the height of McCarthyism, the US Congress passed Senator Pat McCarran’s Internal Security Act which in essence gave the President the power to detain any citizens he deemed guilty of disloyalty or subversion.

In 1970, with anger over the Vietnam War and injustices of race, gender, and class escalating, British filmmaker Peter Watkins made Punishment Park, a speculative pseudo-documentary which posited an alternate near-future in which Nixon had availed himself of the rights accorded in the McCarran Act in order to silence all dissent. Shot on 16mm in the desert of Southern California, Punishment Park is a raw, bracing, visceral and confrontational work which alienated much of its initial audience.

After screening at various film festivals, the film opened theatrically at the Murray Hill Theatre in midtown Manhattan, only to be unceremoniously pulled after four days. It has been shown only intermittently since, an oversight (or, as Watkins contends, an act of wilful suppression) which deserves to be swiftly remedied.

Presented as a documentary for British television, the film follows two groups of mostly young, mostly liberal detainees: Group 638, whom we see being questioned and sentenced by a predominantly white, middle-class, middle-aged tribunal for obstructing the war effort; and Group 637, recently sentenced to and now disembarking upon several days in the Bear Mountain National Punishment Park, during which they will navigate fifty miles of barren terrain without food, water, or shelter in lieu of incarceration for their supposed crimes against the state. The Park, we’re told, serves a dual purpose: a “necessary training for the law officers and National Guard” in the control and repression of protestors and “a punitive deterrent for said subversive elements.”

It is the latter group which gives the film its name, but the former which gives it its drama and emotional heft. By appropriating the documentary form, specifically in a court setting, Watkins allows for his characters to naturally soapbox and lay out the dichotomy of their conflict without coming off as rote or didactic; by framing their trial within the fictional construct of what amounts to sadistic free-range torture and assassination for the crime of thinking in opposition to The Man, the convictions of the accused take on a heightened gravity, making them a literal matter of life and death.

Some of the language may be dated, but the sentiments are, sadly, evergreen, as the accused indict the war-mongering and profiteering of their elders, criticising them for callous self-regard at the expense of the less fortunate. One member of Group 637 observes that the oppressed only turn to violence as a last resort, a final exclamation of frustration over an inequity that the film itself attempts to remedy by, in Watkins’ own words, allowing “young people the possibility to express themselves freely and with force within the framework of an important social metaphor.”

Watkins, who worked almost exclusively with non-professional actors throughout his career, cast men and women who largely held the convictions of the characters they were playing and subjected them to the brutal rigours of trial and desert. There was no script – the actors devised their characters with Watkins and were then instructed to improvise their scenes as though they were unfolding in real life, in real time.

Accordingly, even as the accused clearly represent a cultivated cross-section of types (the pacifist, the yippie, the socially-conscious singer-songwriter), the palpable discord and animosity in the tribunal scenes – which were modelled, in part, after the trial of the Chicago Seven – give them a raw, wrought, live wire authenticity that would have been impossible to achieve in any other form. It’s easy to forget that we are watching a fiction, just as the performers surely forgot they were enacting one.

Watkins wisely makes a point to address race and racism while nonetheless maintaining that the main divisions are those of class and ideology, of which race is only one of manifold facets. “These are political criminals, not social criminals,” one member of the tribunal insists, and “they have to be shown that their way is wrong.” What “their way” amounts to, however, is not an easily reducible political or philosophical ideology, despite the fact that their shared outrage over the Vietnam War is what has brought them to trial. Instead, Watkins suggests that in such fearful and authoritarian states, any kind of thought or action which questions the supremacy or morality of those in power is in itself suspect, no matter how equitable, diplomatic, compassionate, or benign the query. As one defendant says to his inquisitors, “You don’t want to hear shit that means you might have to give up something.”

While Punishment Park depicts dialogue as a weapon, it also suggests that it is only through open, unfettered, and above all civil discourse that we can productively acknowledge and address our fractures and fissions, by bearing witness to the humanity shared among us rather than by demarcating ourselves from others by superficial, circumstantial, or ideological distinctions.

Writing about audience response in the Spring 1979 issue of the journal Film Criticism, Scott MacDonald observed that, “Punishment Park is first and foremost an attempt to create an ongoing discussion of the issues raised in the film,” and that “when the film is followed by a discussion, the audience tends to break down into exactly the polarised divisions presented in the film.” Rather than dismiss the premise as ludicrous, as many contemporary critics did, we should reconsider Punishment Park as a metaphor for the bottom of the slippery slope we stand atop when we entertain the notion of criminalising dissent and reckon with both the prudence and the morality of silencing seditious thought and deed. 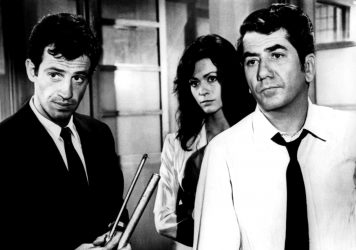