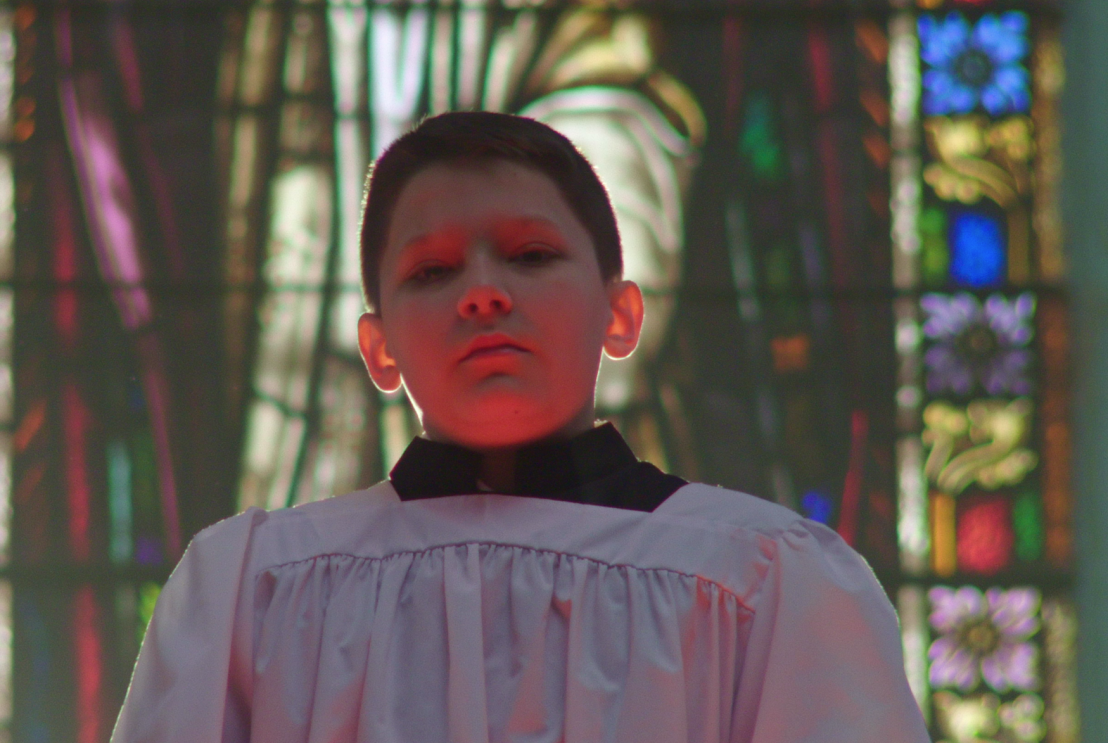 In the state of Missouri, over a course of decades, hundreds of priests in the Catholic church abused vulnerable young men participating in the faith as altar boys. Some of these cases have concluded with sentences, but many others remain in a legal limbo, and countless more will never be tried.

Robert Greene’s new documentary Procession trains its focus on this culture of institutional rot and makes a bold, innovative effort to find some personal justice for those affected by it. The film chronicles the director’s close collaboration with six men – Joe Eldred, Mike Foreman, Ed Gavagan, Dan Laurine, Michael Sandridge, and Tom Viviano – as they write and produce short films stylizing their memories of these difficult experiences.

In keeping with the methods of Greene’s other works, the technique employs the artifice of cinema in search of deeper emotional truth, an approach evident in this instance with the brief flashes of surrealism in the short films. In one striking moment, a priest’s eyes glow green with menace, speaking more closely to how the participants in this exercise remember things happening than some objective reality.

But the film also spends a lot of time on the process itself, not just the results; seeing these men find kindred spirits in one another, sharing private feelings to which no one else can fully relate, is just as crucial to the overall project of healing. As the participants act in each other’s films, they confront shame and repression that’s been simmering for years, and accept that it doesn’t have to define the entirety of their lives.

With glowing reviews from Telluride and its controversial hot-button subject matter, this could very well be Netflix’s big bet for documentary-related awards, so expect to hear much more about it as 2021 winds down. Harrowing, intelligent, and boundlessly empathetic, it’ll deserve all the recognition it gets.

Procession comes to cinemas in the US in early November, and then Netflix on 19 November.